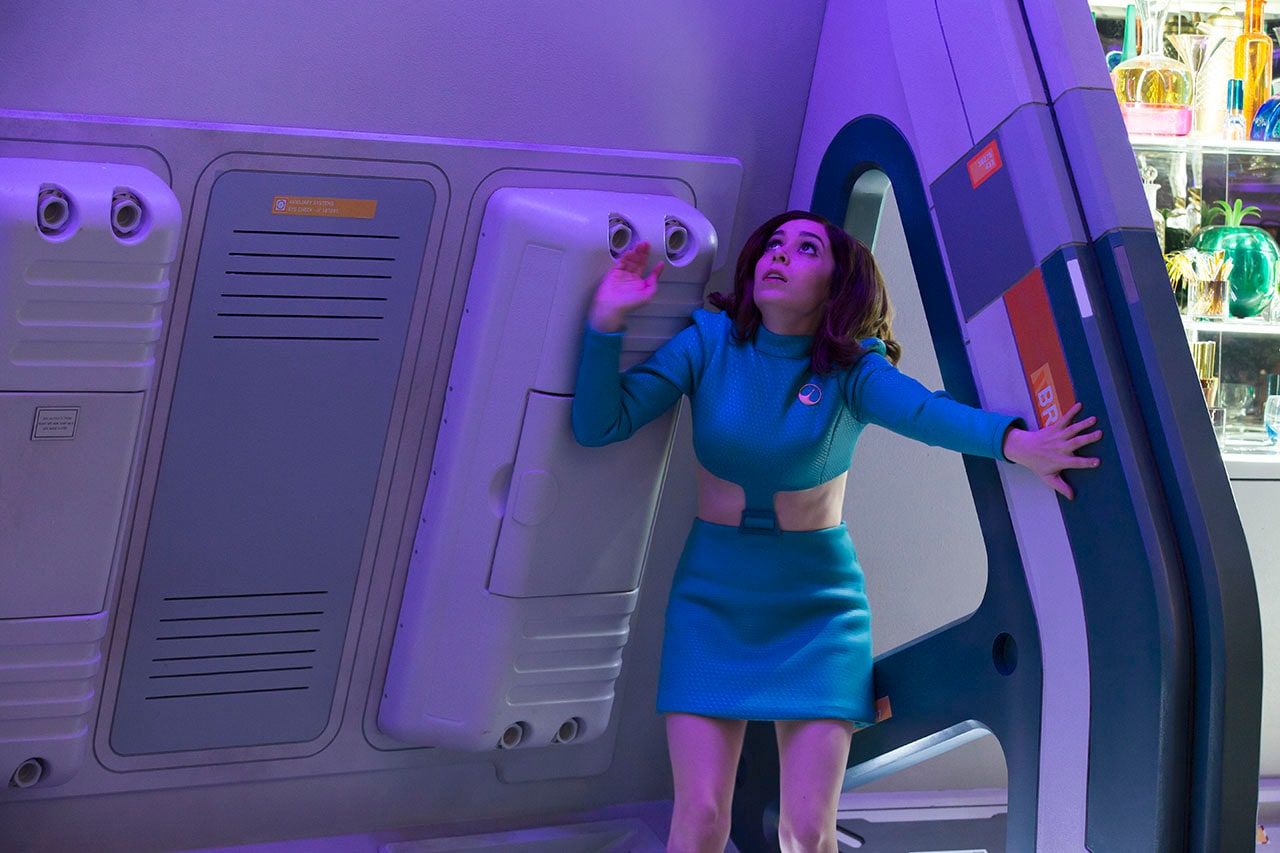 Black Mirror season 4 will be out December 29, Netflix has announced. The news comes on the back of a week-long marketing campaign that gave fans teaser trailers for all six new episodes – primarily written by creator Charlie Brooker himself – without any mention of when the series would return. Well, now we know.

This is the second season on Netflix following the company's acquisition of the programme in 2015, which had remained a cult hit during its years on British broadcaster Channel 4. Black Mirror's move to Netflix gave it access to a larger budget, resulting in six new episodes last year, nearly doubling the then-count of seven from two seasons and a Christmas special.

The anthology sci-fi series is now returning with a new batch of six episodes on the last Friday of 2017, which introduce more near-future technologies and tackle topics such as dating apps, parental supervision, privacy, virtual consciousness, and robots. If you want to know more about Black Mirror season 4, check out our spoiler-free review.

Black Mirror season 4 episodes
The first episode of the new Black Mirror season is called "Crocodile". It's about a new device that can access your memory, the raw impressions of events that you have. "Crocodile" has been directed by John Hillcoat (Triple Nine, Lawless), and stars Andrea Riseborough (Birdman, Bloodline), Kiran Sonia Sawar (Murdered By My Father), and Andrew Gower (Outlander).

Popular actress Jodie Foster goes behind the camera for the second episode of Black Mirror season 4, "Arkangel". It charts the relationship between a mother and daughter over several years, including an implant that allows the former to keep track of the latter. "Arkangel" stars Rosemarie Dewitt (La La Land, Mad Men), Brenna Harding (A Place to Call Home), and Owen Teague (Bloodline).

The third episode of Black Mirror season 4, "Hang the DJ", is centred on a new-age dating system that maps out a series of relationships in order to find the perfect match, the One. There's a machine learning twist to the episode, which stars Georgina Campbell (Flowers, Broadchurch), Joe Cole (Peaky Blinders, Green Room), and George Blagden (Versailles, Vikings), and has been directed by Tim Van Patten (The Sopranos, Game of Thrones).

"USS Callister", the fourth episode, is the most extravagant of the lot. It takes after Star Trek right down to the uniforms and ship design, and goes boldly where Black Mirror has never gone before. "USS Callister" comes from the direction of Toby Haynes (Dr Who, Sherlock), and includes Jesse Plemons (Black Mass, Fargo), Cristin Milioti (The Wolf of Wall Street, Fargo), Jimmi Simpson (Westworld, House of Cards), and Michaela Coel (Chewing Gum, Monsters: Dark Continent) in its cast.

The fifth episode, "Metalhead", is Black Mirror's first-ever black-and-white episode. It's set in a post-apocalyptic version of Scotland, and is a horror chase story involving a woman and a killer robot dog. Directed by David Slade (Hannibal, American Gods), it stars Maxine Peake (The Theory Of Everything, The Village), Jake Davies (The Missing, A Brilliant Young Mind), and Clint Dyer (Hope Springs).

"Black Museum" is the sixth and final episode of Black Mirror season 4, and it's also its most violent. It contains three stories in one much like the "White Christmas" special with Jon Hamm, and stars Douglas Hodge (The Night Manager, Catastrophe), Letitia Wright (Humans, Ready Player One), and Babs Olusanmokun (Roots, The Defenders). Colm McCarthy directs.

Will be you watching Black Mirror season 4 on the last weekend of 2017? Do you have any questions? Leave them in the comments below.