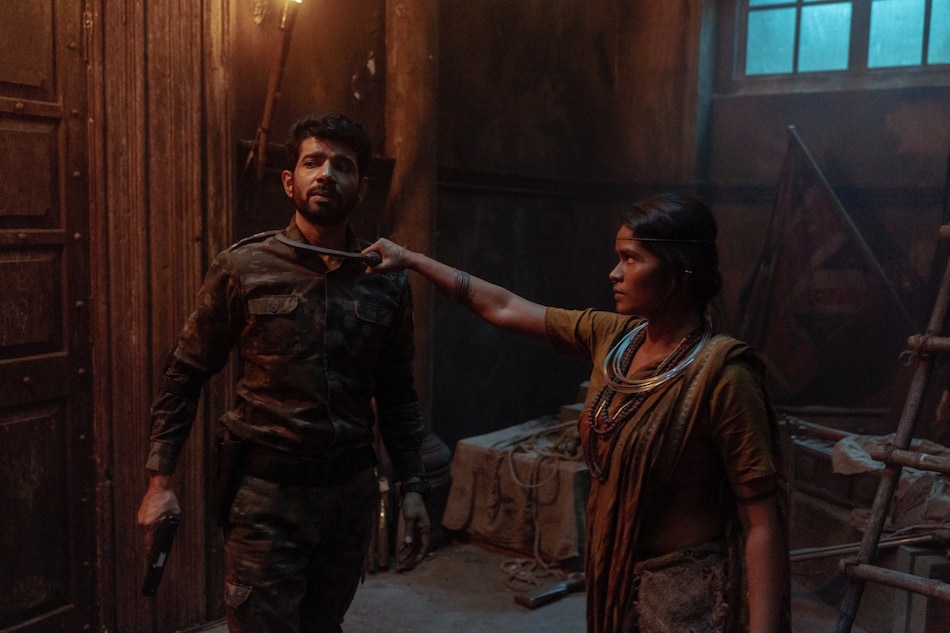 Netflix has unveiled the first trailer for Betaal, its next original series from India from the house of Shah Rukh Khan's Red Chillies. The Betaal trailer introduces the characters played by its lead cast: Vikram Sirohi (Viineet Kumar), DC “Ahu” Ahluwalia (Aahana Kumra), Commandant Tyagi (Suchitra Pillai), Jitendra Joshi (Sacred Games), and Puniya (Manjiri Pupala). It also establishes its premise: after a haunted Betaal Mountain is excavated to re-open a tunnel, a cursed two-century-old East India Company Colonel and his battalion of blood-thirsty zombie redcoats do battle with the villagers and the CIPD (Counter Insurgency Police Department).

Mrs. Serial Killer, The Imitation Game, Room, and More on Netflix in May

Betaal has been created, directed and written by Patrick Graham (Ghoul), alongside Nikhil Mahajan (Baji) as director and Suhani Kanwar (Lipstick Under My Burkha) as writer. In a prepared statement, Graham said: “After Ghoul, I wanted to create a different kind of horror series, which was more action packed and accessible. The concept of a cursed mountain containing an ancient spirit takes inspiration from Indian mythology, and it's about time we saw some zombie redcoats in popular fiction. The series weaves its own ghost story to give backing to the action and suspense that then follows.

“Netflix has always been supportive and nurturing towards creativity and I love working with them. I hope there is enough horror, suspense, shocks and, above all, strong characters to keep the audience hooked right up until the very end. You can expect some blood, some guts, and a lot of drama and emotion that should provide an exciting binge-session for everyone at home.”

Betaal is a production of Red Chillies, with Blumhouse Television, the TV division of Jason Blum's Blumhouse, best known for Get Out, and Crazy Rich Asians-financier SK Global Entertainment as executive producers. Blumhouse was also behind Graham's Ghoul. Red Chillies has previously given us the irresponsible Bard of Blood.

From Hollywood to Snowpiercer, TV Shows to Watch in May 2020

Kumar is known for his lead role in Mukkabaaz and was last seen in Saand Ki Aankh. Kumra's most prominent role was in Lipstick Under My Burkha, while her most recent project was the Voot Select series Marzi. Pillai was last seen in the Amazon Prime Video series Made in Heaven. Joshi is best remembered as Katekar in Sacred Games. He last had a role in the Marathi film Choricha Mamla. Pupala was most recently in Star Plus' Ishqbaaaz.

“Evil is eternal. From the makers of Get Out, Insidious, Bard of Blood and Ghoul comes another boundary-pushing and genre-elevating horror series. While on a mission to displace the natives of Campa forest in order to build a highway, Sirohi and his squad unwittingly unleash the curse of Betaal mountain that wreaks havoc on the people and threatens to end civilisation as we know it.”

Betaal is out Sunday, May 24 on Netflix worldwide.

Uber Investment Deepens Ties With Scooter Startup Lime
OnePlus Bullets Wireless Z to Go on Sale in India Starting May 10: All You Need to Know