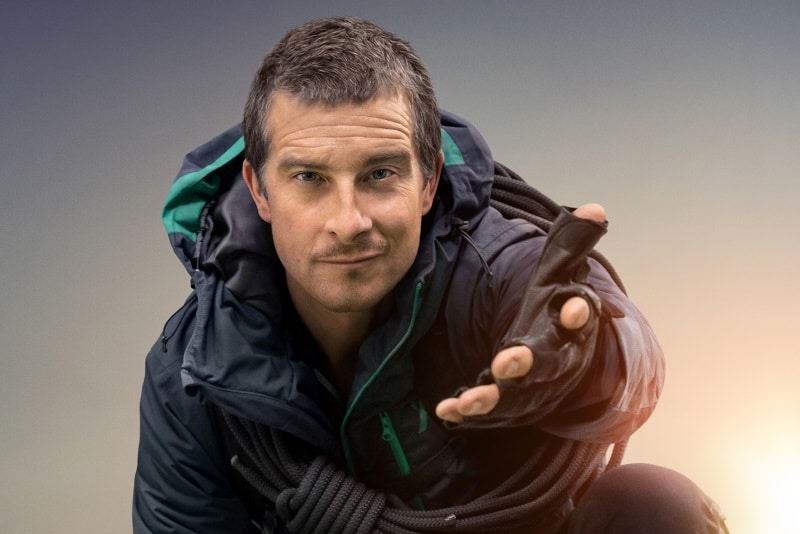 Bear Grylls in a marketing still for Netflix's You vs. Wild

Netflix has announced a new live-action interactive adventure series, You vs. Wild, starring survival expert Bear Grylls, a spin on his erstwhile Discovery Channel series Man vs. Wild. The show will take audiences on a literal choose-your-own-adventure across “dense jungles, towering mountains, brutal deserts, and mysterious forests await, with tough decisions around every corner”. As with the nature of the series — just with the interactive film Black Mirror: Bandersnatch — viewers will get to decide what Grylls eats, encounters and ultimately, succeeds or fails. All eight episodes of You vs. Wild will release April 10 on Netflix.

“I'm so proud to deliver this first-of-its-kind live-action interactive series, really giving viewers an all access pass to explore the world and its landscapes in my boots,” Grylls said in a prepared statement. “The stakes are high in this one.”

In addition to starring, Grylls is an executive producer on You vs. Wild alongside Chris Grant, Drew Buckley, Ben Silverman, Howard Owens, Rob Buchta, and Delbert Shoopman. You vs. Wild has been produced by Electus, A Propagate Company, and Bear Grylls Ventures. Ben Simms served as the director.

With You vs. Wild, viewers will get to make multiple choices in each episode and in turn, influence the direction of a story. In a video announcement, Grylls explains that you can decide whether he walks or crawls across a snowy terrain.

For Netflix, You vs. Wild be the second piece of interactive content for adults, after Bandersnatch late last year. For Grylls, this is the second programme on a streaming service, after last year's Bear Grylls: Face the Wild on Facebook Watch. He is best known for Man vs. Wild, which ran for seven seasons between 2006 and 2011.