Marvel Studios has released a new trailer for Avengers: Endgame, the highly-awaited follow-up to last year's Avengers: Infinity War, which finds the remaining members of the titular group — those who survived Thanos' (Josh Brolin) infamous snap — coming together with new and old allies, in Captain Marvel (Brie Larson) and Ant-Man (Paul Rudd) among others, to restore order to the galaxy. As a reminder of how much Endgame will focus on the original roster of Avengers, there's a lot of footage from Marvel's earliest films, rendered in black-and-white. Alongside, we get glimpses of new suits for the Avengers, and Captain Marvel herself shows up towards the end. Avengers: Endgame opens April 26, 2019 in theatres around the world.

The new Avengers: Endgame trailer opens with Tony Stark (Robert Downey Jr.) recounting his earliest days as Iron Man, as he records a message for Pepper Potts (Gwyneth Paltrow), while adrift in space. It then moves onto Steve Rogers aka Captain America (Chris Evans) reminiscing what his old love told him, and we find out what Clint Barton aka Hawkeye (Jeremy Renner) — who eventually dons a new look in Endgame, similar to Ronin from the comics — had been doing while retired. Natasha Romanoff aka Black Widow (Scarlett Johansson) then says that they owe it to everyone to at least try, before Captain America delivers their new mantra: “Whatever it takes.”

Soon after, the new aforementioned Avengers suits show up, which are possibly the ones that will take them into the Quantum Realm, as goes one of several rumours surrounding the plot of Endgame. And in a closing scene, Thor (Chris Hemsworth) meets Carol Danvers aka Captain Marvel (Larson), seemingly for the first time. The two stare at each other as Thor waits for his axe, Stormbreaker, and just as Danvers smiles, he says to everyone present in the room: “I like this one.”

[Spoilers ahead for Captain Marvel.] This is the second time we have seen Captain Marvel with the rest of the group, after the mid-credits scene in her standalone film.

As we mentioned earlier, Avengers: Endgame is out April 26, 2019 in cinemas in India and across the world. 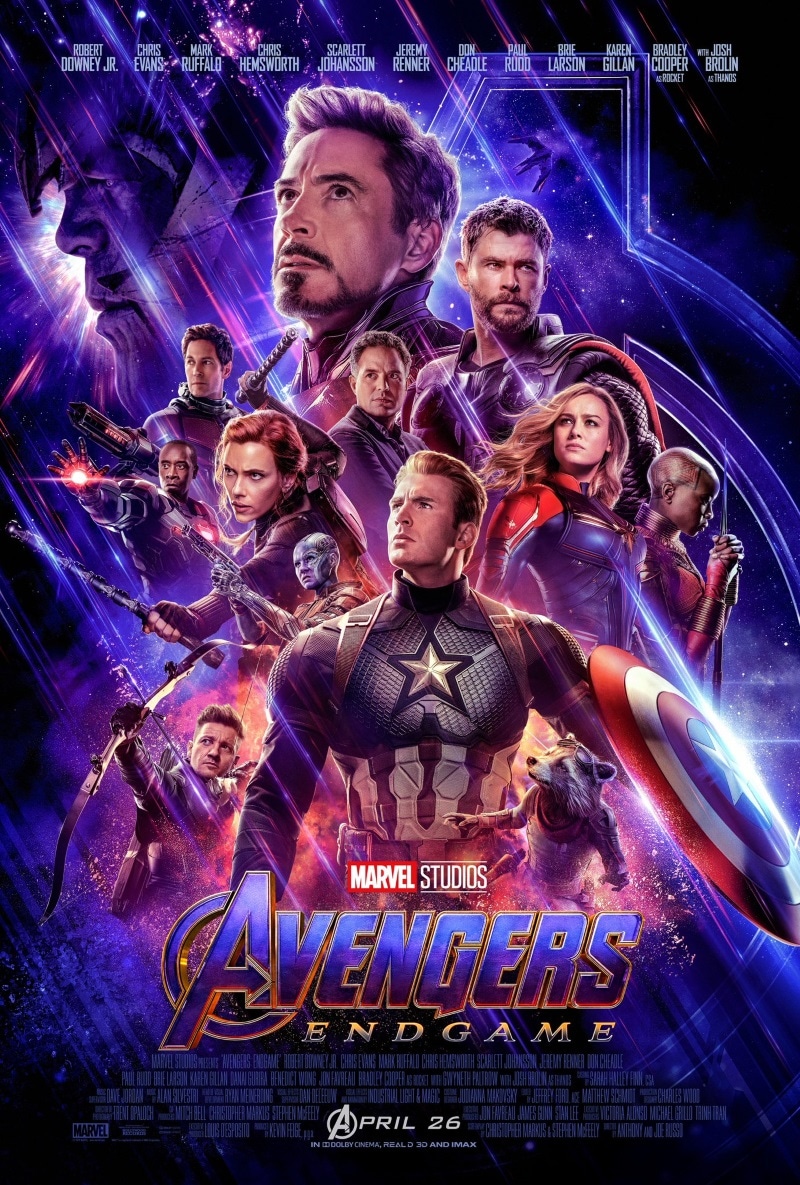