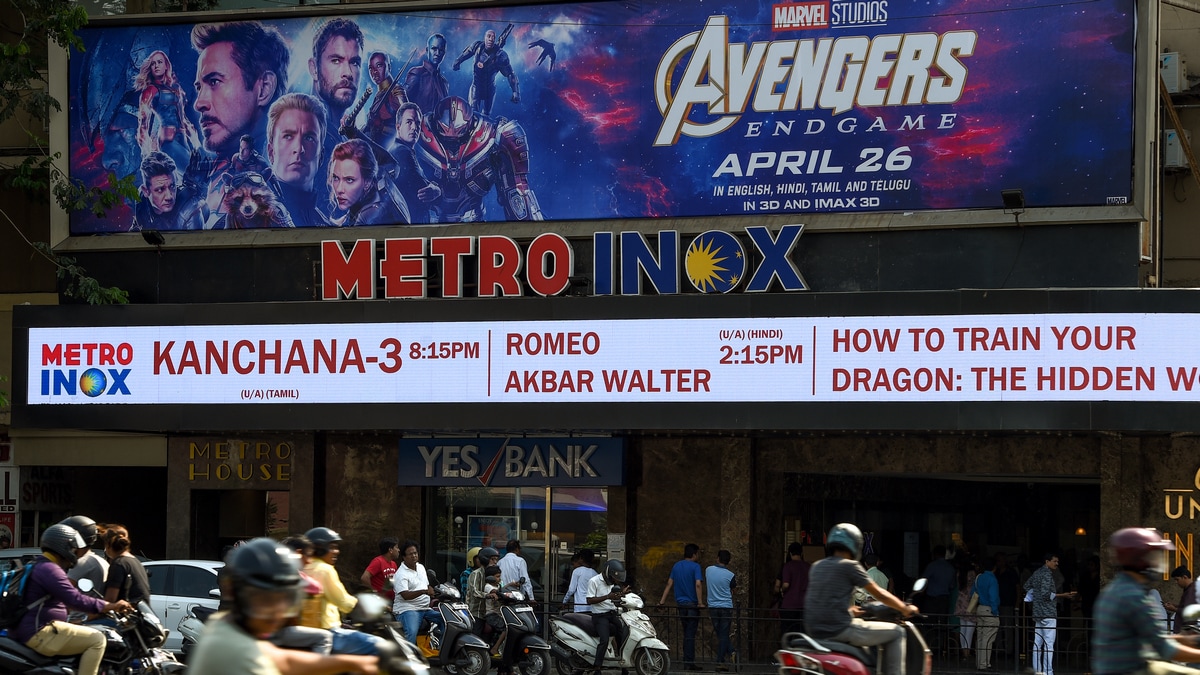 Vehicles go past a movie theatre displaying a poster of Avengers: Endgame, in Mumbai

The Avengers have assembled for the last time, and they are destroying the competition - even before hitting US movie theaters.

The movie raked in $169 million (roughly Rs. 1,200 crores) on Wednesday, its first day of release in 25 markets including China, Australia and several countries in Europe.

In France, Endgame scored the biggest opening day for a Marvel film. It set an overall opening day record in the Netherlands, Greece and Egypt.

The figures indicate that Endgame will surpass the receipts generated by the previous episode in the Avengers saga - Infinity War - which came out last year, it added.

The film will go into wide release in the United States and Canada on Friday, with showings in select cities from Thursday.

Experts predict the well-reviewed Avengers finale - featuring Robert Downey Jr, Scarlett Johansson and a raft of other stars - could make $200-260 million in its opening weekend in North America.

The film clocks runs just about three hours, leading US movie chain powerhouse AMC to schedule showings around the clock in several dozen cinemas to satisfy demand from moviegoing fans.

In India, the country's main ticket trader said advance sales had exceeded 2.5 million, and some cinemas in the usually Bollywood-mad country are planning around-the-clock screenings.

Pundits are predicting a debut weekend that could break records with the first billion-dollar worldwide opening in history.

The 21 preceding films - featuring many of the comic book heroes created by the late legend Stan Lee - have earned about $19 billion (roughly Rs. 1,33,000 crores) globally.