Apple Music is found to have added a 'Coming Soon' section to let subscribers check out albums that are yet to be released. Apple has also started showing album release dates. Likewise, some editorial treatment has been given to Apple Music by upgrading artist profiles with a 'Featured Release' section that highlights the release date as well as the total number of songs included a particular album. The Cupertino giant didn't reveal any updates to its music streaming service at WWDC 2018 last week. However, it appears that ahead of the public iOS 12 and macOS 10.14 Mojave, the company is upgrading the service with some minimal changes.

First in the series of new changes to Apple Music is the Coming Soon section. The new section, which is rolling out for multiple users on iOS 11.4 and macOS 10.13.4 - according to MacRumors, lists albums that are about to be released over the next few weeks. It currently appears to have nearly 10 albums. This suggests that the new section won't be something that will provide you with the details about all the upcoming albums. Nevertheless, Apple is expected to expand the area by adding more titles to make Apple Music a compelling option against services such as Amazon Music, Google Play Music, and Spotify. There are also album release dates available when checking out each of the listed upcoming albums to make the experience pleasing for subscribers.

Users who have received the new treatment can view the Coming Soon section on their iOS and macOS devices by going to Browse > New Music and then scroll down to Coming Soon. There is a See All option to preview all the listed upcoming albums under one roof. Furthermore, macOS users have also been able to sort upcoming albums easily by using the drop down menu. There is presently a Recent Bestsellers option, though Apple could add more such options to make sorting of upcoming albums easier.

In addition to the Coming Soon section, Apple Music on macOS has received a tweaked layout that now shows artist portraits in circular bubbles and includes a Featured Release section that highlights release dates and the number of songs included in a particular album. This new change has expanded human curation to an extent. Also, there is a new Play button next to the artist name. This was initially spotted by some iOS 12 beta testers but is now apparently rolling out for all Apple Music users. 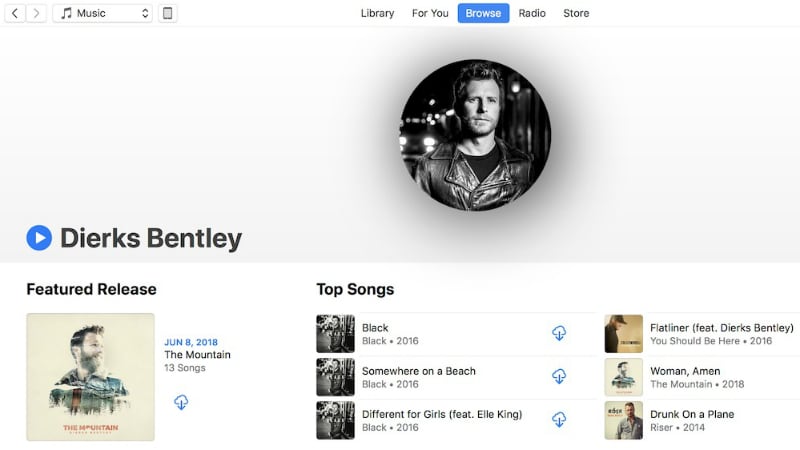