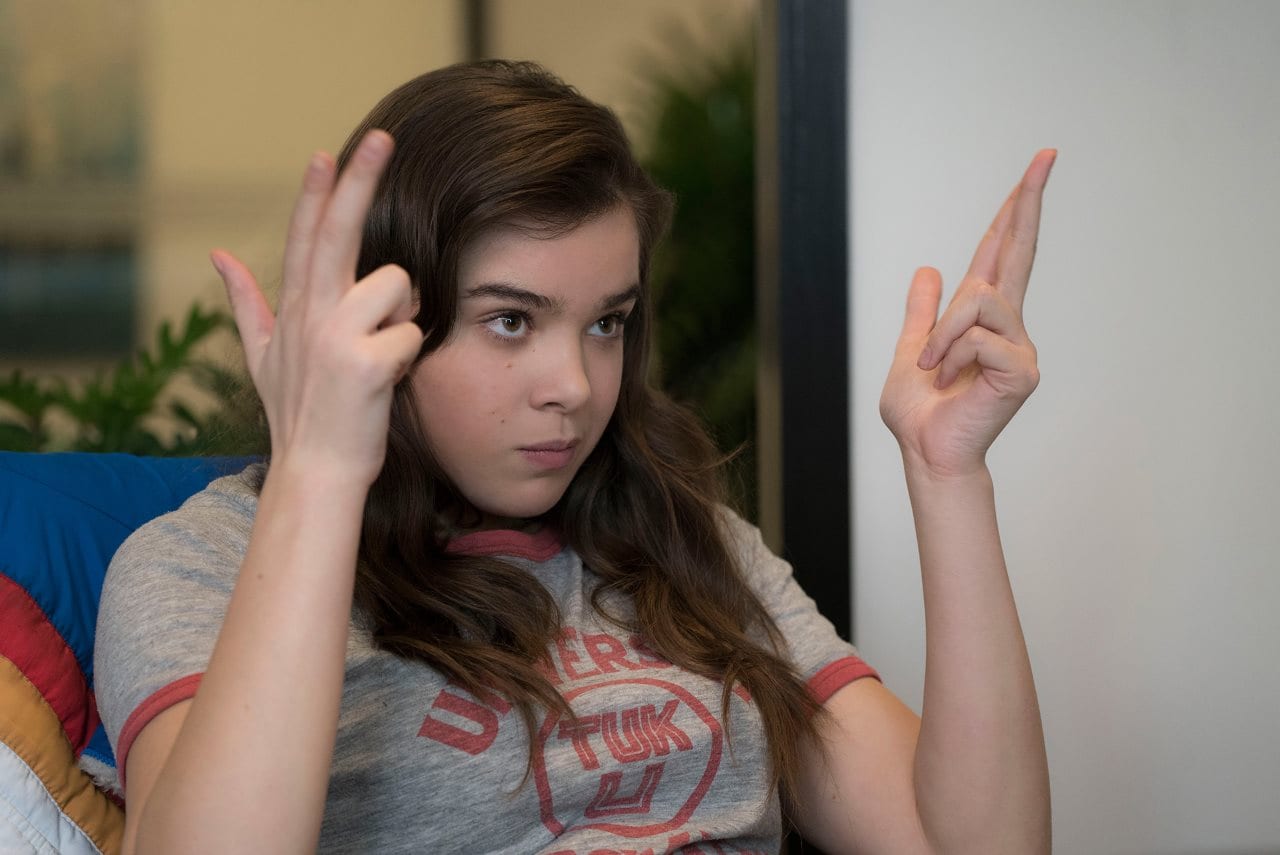 Hailee Steinfeld in The Edge of Seventeen (2016)

Apple has added another series to its burgeoning TV lineup: a half-hour comedy called Dickinson, starring 21-year-old Hailee Steinfeld (The Edge of Seventeen) in the title role of 19th-century American poet Emily Dickinson. With a straight-to-series order, it will be written by Alena Smith (The Affair), who will also serve as executive producer alongside David Gordon Green (Pineapple Express), who will direct as well.

Dickinson will be set in the same era as the poet's life, according to Deadline, but will have "a modern sensibility and tone. It takes viewers into the world of Emily (Steinfeld), audaciously exploring the constraints of society, gender, and family from the perspective of a budding writer who doesn’t fit in to her own time through her imaginative point of view. Dickinson is Emily’s coming-of-age story – one woman’s fight to get her voice heard."

Steinfeld is best known for her Golden Globe-nominated leading role in 2016's The Edge of Seventeen, and also has a supporting Oscar nomination for 2010's the Coen brothers directed True Grit. She has also appeared in the Pitch Perfect franchise, and will be next seen in the Transformers spin-off Bumblebee. Steinfeld is also a singer, currently recording her first album.

The show will be produced by wiip, the new indie studio launched and led by former ABC president Paul Lee, alongside Alex Goldstone for Anonymous Content, Michael Sugar (Spotlight) and Ashley Zalta (Maniac) for Sugar23 Productions, and Darlene Hunt (The Big C).

For Apple, Dickinson joins a long list of TV shows in development, which include three series from Reese Witherspoon's Hello Sunshine, an Amazing Stories reboot with Once Upon a Time creators, a space drama from Ronald D. Moore (Battlestar Galactica), a Damien Chazelle written-and-directed series, an anthology series from Kumail Nanjiani and others, a M. Night Shyamalan thriller, and an adaptation of Asimov's Foundation series.

For wiip, this it the second straight-to-series order after the Catherine Zeta-Jones comedy Queen America on Facebook, where it also has a series commitment with penalty for a scripted drama from Cristiano Ronaldo.