Animal Crossing: New Horizons Is Now the Setting for a Talk Show From Rogue One Writer Gary Whitta

It’s called Animal Talking with Gary Whitta and it will feature guests, music, and comedy. Just like any other late-night talk show. 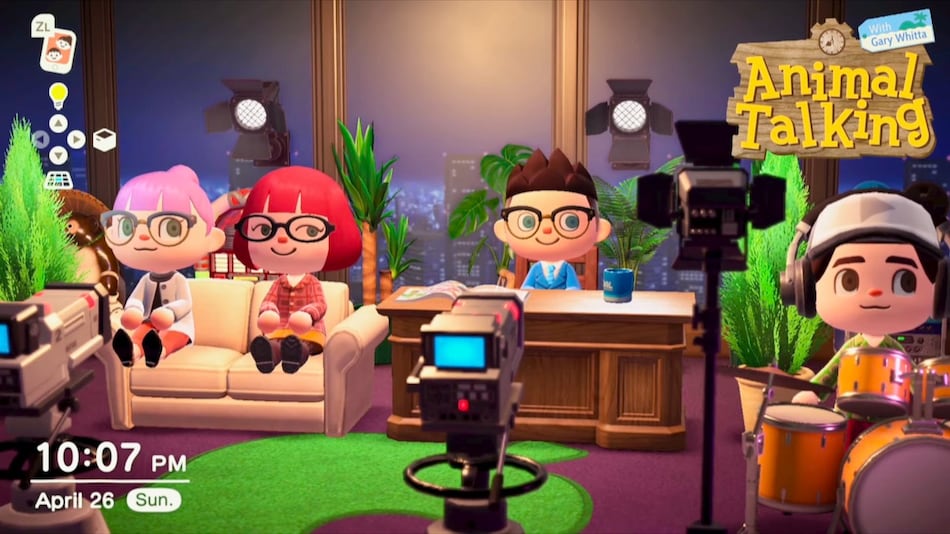 A still from Animal Talking with Gary Whitta episode 1

Looking for a new late-night talk show? Gary Whitta — best known for co-writing the story to Rogue One: A Star Wars Story — just launched one inside a video game. Over the weekend, Whitta kicked off Animal Talking with Gary Whitta, his own late-night talk show inside the Nintendo Switch life simulation game Animal Crossing: New Horizons. New episodes will premiere Thursday at 7:30am IST (Wednesday at 7pm PT in the US) on the Amazon-owned live streaming service Twitch. Each episode will then be edited and uploaded to YouTube, in addition to a highlight reel for those who can't spare the time.

In the first episode of Animal Talking with Gary Whitta — made available Monday on YouTube — Whitta admits that he's channelling other late-night TV shows like The Tonight Show, The Late Show, The Larry Sanders Show - and Between Two Ferns. That's clear from the virtual set, which includes a host desk, a couch for guests, a city scape wallpaper, a drum kit on one side and a standalone mic on the other end, multiple fake plants (thanks to Larry Sanders), spot lights, and television cameras. Video editor Adam Nickerson stands on the drums for Animal Talking with Gary Whitta.

Just like other late-night shows, Whitta said Animal Talking with Gary Whitta will have celebrity guests, jokes, topical comedy, and music. The first episode featured actor and former gaming news host Naomi Kyle, whose Animal Crossing: New Horizons character dutifully sat on the couch, as Whitta and Kyle engaged in conversation on the Twitch live-stream. Whitta even interviewed Nickerson, who wrapped up the premiere's over-an-hour-long run on the drums, while credits rolled across the screen. You know, just like on an actual late-night show.

Whitta is likely the first to start a late-night show inside a video game, during a time — thanks to the ongoing coronavirus pandemic — when all the actual late-night programmes have been forced to host from their respective homes. That includes everyone from Jimmy Fallon to Stephen Colbert. The late-night variety show Saturday Night Live has been forced off live broadcasts, with nearly all of its cast members putting together sketches remotely.

Animal Crossing: New Horizons is the perfect fit for Whitta's new talk-show, in more ways than one. The obvious one is that it allows for the level of customisation that Whitta needed to create the virtual set. Moreover, the new Animal Crossing game — launched March 20 — partially owes its success to lockdown orders across the globe, with people at home looking for some sort of escapism. New Horizons reportedly sold over 5 million digital copies in its first month after launch.