Angelina Jolie in Talks to Star in Marvel’s The Eternals for Her Superhero Debut: Reports 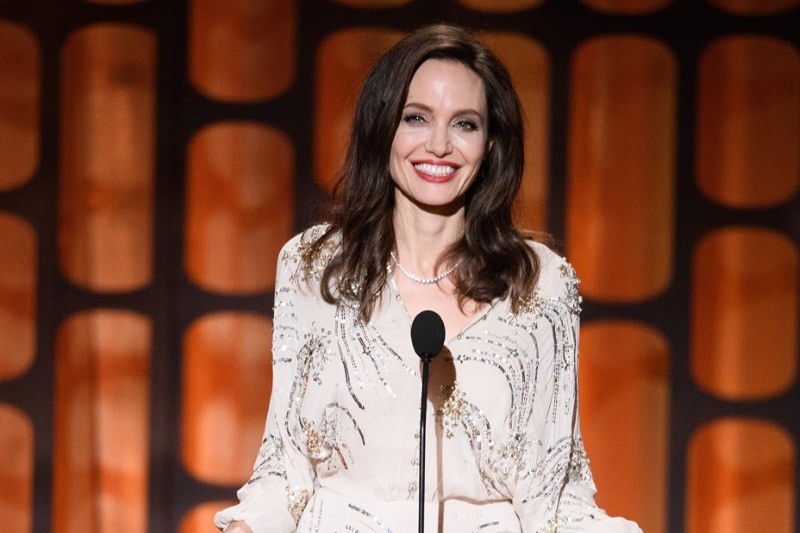 Angelina Jolie at the 2017 Governors Awards in November 2017

Angelina Jolie is reportedly in talks to star in The Eternals, Marvel Studios' adaptation of the comic book series of the same name, which is being directed by Beijing-born Chloé Zhao (The Rider), off a script by Matthew and Ryan Firpo. It's unclear whom Jolie will play in the film, though an earlier report from September last year had claimed that one part of The Eternals would be a love story between Ikaris and Sersi. Marvel Studios offered no comment on the reports. The Eternals forms a part of the studio's post-Avengers: Endgame slate, though it's unclear when it will release.

The Hollywood Reporter and Deadline first brought word of the new development, claiming that Jolie is being eyed for what would be her first superhero movie. The 43-year-old actress has previously starred in a comic book adaptation, 2007's Wanted, based on Mark Millar's work of the same name. Jolie is the first potential cast member to be attached to The Eternals, which is expected to begin filming in August this year.

Marvel has been keeping its cards close to the chest until Endgame is done with. Though parent company Disney has scheduled eight Marvel movies between 2020 and 2022, none of them have been named yet.

The Eternals is one of several projects reportedly in the works at Marvel Studios, alongside a standalone Black Widow film starring Scarlett Johansson and directed by Cate Shortland (Lore), expected to begin filming in June; Marvel's first Asian superhero Shang-Chi from director Destin Daniel Cretton (Short Term 12) and writer Dave Callaham (Wonder Woman 1984); a Black Panther sequel from writer-director Ryan Coogler, a Doctor Strange sequel from director Scott Derrickson; and Guardians of the Galaxy Vol. 3, with writer-director James Gunn back at the helm after a months-long controversy.

In recent years, Jolie has moved into more of a producing and directing role. In 2017, she made the Khmer Rouge survivor biopic First They Killed My Father for Netflix and shepherded the Oscar-nominated Kabul-set animated feature film The Breadwinner.

She is currently working with Disney on Maleficent: Mistress of Evil, the sequel to the 2014 original that is slated for an October 2019 release. She is part of Brave director Brenda Chapman's next venture, Come Away, a fantasy drama that serves as a prequel to Alice in Wonderland and Peter Pan. Jolie will also a voice a character in the live-action/CGI hybrid The One and Only Ivan.