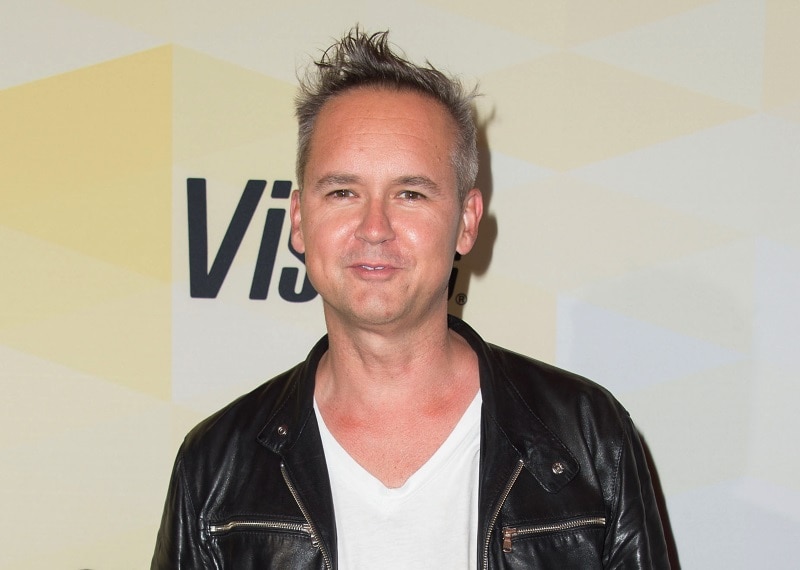 Roy Price, the head of Amazon Studios, has resigned from his position amid allegations that he sexually harassed a producer of one of the company's most high-profile shows.

An Amazon Studios spokesman on Tuesday confirmed Price's resignation. It follows his suspension by the company last week.

Isa Hackett, a producer on "The Man in the High Castle," described the 2015 encounter in an interview with the Hollywood Reporter on Thursday. She told the outlet that she was ready to talk about the "shocking and surreal" episode following bombshell reports detailing sexual harassment and assault allegations made against movie mogul Harvey Weinstein.

According to Hackett, Price and she had been promoting the "The Man in the High Castle" at Comic-Con in San Diego and ended up in a cab together with another Amazon executive who has since left the company. Hackett told the Reporter that Price relentlessly propositioned her, telling her, "You'll love my d-."

"We take seriously any questions about the conduct of our employees," an Amazon spokesperson told the Reporter. "We expect people to set high standards for themselves; we encourage people to raise any concerns and we make it a priority to investigate and address them. Accordingly, we looked closely at this specific concern and addressed it directly with those involved."

Hackett is the daughter of Philip Dick, whose work forms the basis of "The Man in the High Castle." The tech news website Information reported in August that Amazon.com investigated an allegation that Price made unwanted sexual remarks to Hackett.

Soon after Hackett's interview with THR published, Amazon announced that the executive was on a leave of absence. A representative added: "We are reviewing our options for the projects we have with the Weinstein Co."

Since last week, numerous women have gone on the record with stories of men in the entertainment industry sexually harassing them, including Rose McGowan, who reportedly privately settled with Weinstein in 1997 and has since gone public to accuse him of raping her. Weinstein "unequivocally denied" any allegations of nonconsensual sex, spokeswoman Sallie Hofmeister said in a statement.

McGowan tweeted to Amazon founder and chief executive Jeff Bezos last week that her complaints to the company about Weinstein were ignored. "Amazon won a dirty Oscar," she tweeted. (Bezos also owns The Washington Post).

Price has deep familial ties to Hollywood: His father is former Columbia and Universal Pictures chief Frank Price, and his grandfather was a prominent TV show creator. Roy Price worked for Disney Animation before joining Amazon in 2004.

He first helmed the company's video-on-demand service and later took over as head of Amazon Studios. Price scored hits with "Transparent," which won Emmys in 2015 and 2016, and he persuaded Woody Allen to make his first TV series - a partnership Price would later have to publicly defend, given accusations that Allen had molested his adopted daughter.

But the company has struggled against competitors, too. Amazon Studios walked away empty-handed from this year's Emmys, after reportedly passing on Hulu's "The Handmaid's Tale" and HBO's "Big Little Lies." Those women-centric series ended up sweeping the awards show.