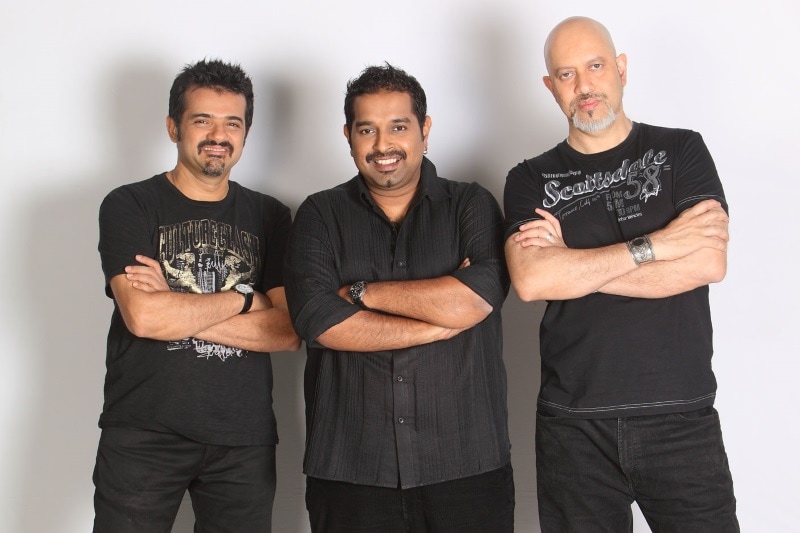 Amazon Prime Video has tapped the award-winning musical trio of Shankar–Ehsaan–Loy as music directors for its newly-announced romantic musical original series, Bandish Bandits, it announced Monday. This marks the video streaming service debut for the three — Shankar Mahadevan, Ehsaan Noorani and Loy Mendonsa — who are best known for their film scores, including the likes of Dil Chahta Hai (2001), Kal Ho Naa Ho (2003), Wake Up Sid (2009), My Name Is Khan (2010), Zindagi Na Milegi Dobara (2011), Bhaag Milkha Bhaag (2013), and Raazi (2018). Set in Jodhpur, Bandish Bandits is being written by Amritpal Singh Bindra, who will also serve as the showrunner, and will be directed by Anand Tiwari. It will release in 2019.

“We are super excited about Bandish Bandits,” Mahadevan, Noorani, and Mendonsa said in a prepared statement. “It's our first series in the video streaming space and gives us a wide new canvas to work on. We are extremely excited to be working with Still and Still Media Collective on this passion project of theirs. While the background score will work in tandem to the story-line and building the scenes, the songs in this series form a part of the core narrative. Making musicals is a bit of a lost art form in India, and with Bandish Bandits, we hope to bring this artistic format back to popular culture.”

Bandish Bandits was one of seven new and returning original series from India that was announced by Amazon last week, alongside Mirzapur season 2, a Comicstaan Tamil spin-off, and shows from the likes of Ali Abbas Zafar (Sultan), comedian Sapan Verma, and Anushka Sharma. Bindra and Tiwari's involvement — the two have previously worked together on Netflix's Love Per Square Foot — was announced then, plus the fact that it would be “a young, dynamic love story between Radhe, a skilled Indian classical singer shackled by centuries of tradition and Tamanna, a free-spirited pop star who makes up for her mediocre talent with her skills as a seasoned performer”.

“We're thrilled to be partnering with Amazon Prime to tell the story of Bandish Bandits,” Bindra said. “The show is a millennial love story set against the backdrop of a clash between pop and Hindustani classical music. Based in Jodhpur, it explores the central theme of whether music is discipline or is it liberation. Bandish Bandits is extremely special to us because the show has been developed completely in house over the course of two years and is being directed by Anand Tiwari.”

In 2019, Shankar–Ehsaan–Loy are also working on the music for the Telugu sci-fi action film Saaho — starring Baahubali star Prabhas and from director Sujeeth (Run Raja Run) — which is one of India's most expensive films to date with a reported budget of Rs. 300 crore (about $42 million). Their most recent work was contributing to the songs on Kangana Ranaut-starrer Rani Lakshmi Bai biopic, Manikarnika: The Queen of Jhansi.

Bandish Bandits will release later in 2019 on Amazon Prime Video in India and across the world.