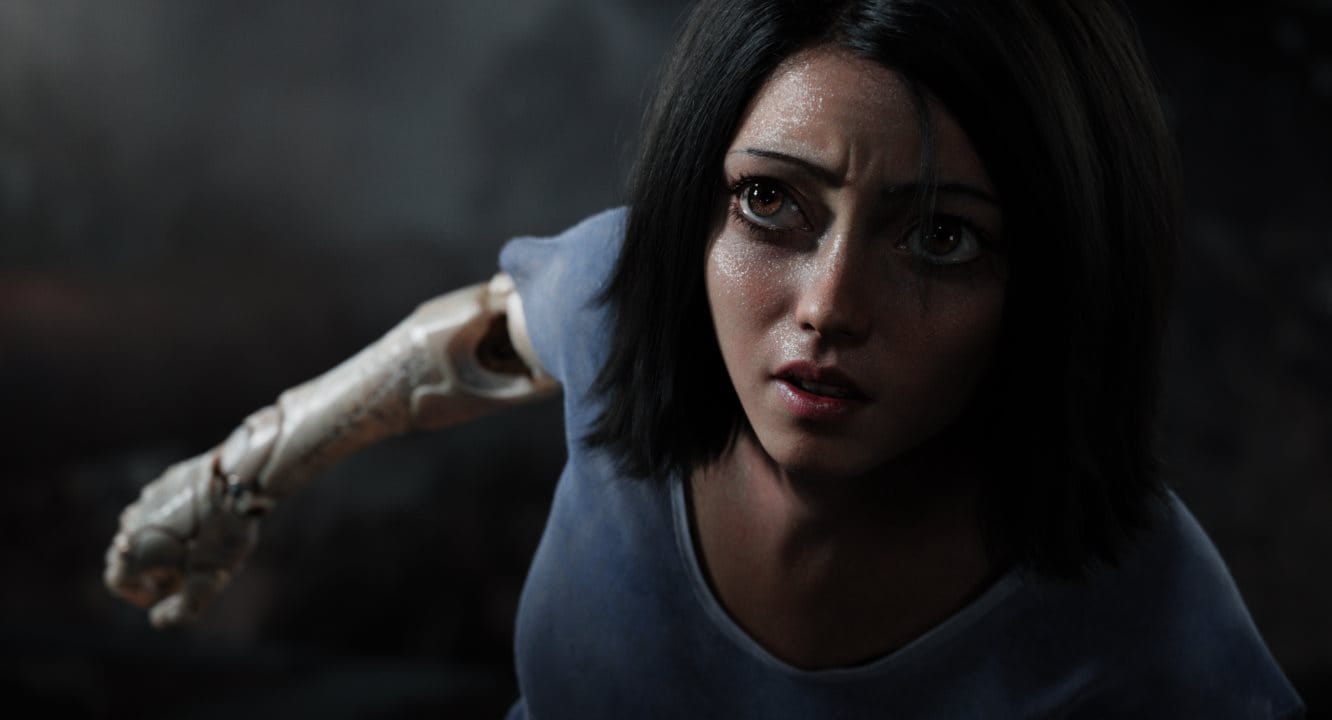 As promised, Fox has released a new trailer for Alita: Battle Angel, the oft-delayed adaptation of Yukito Kishiro's manga from Robert Rodriguez and James Cameron. Starring Rosa Salazar as the titular cyborg protagonist via motion capture, the film has a terrific cast which includes three Oscar winners in Christoph Waltz, Jennifer Connelly, and Mahershala Ali. Rodriguez has directed and co-written the film alongside Laeta Kalogridis (Altered Carbon) and Cameron, who's also a producer.

The new Alita: Battle Angel trailer expands on the glimpse of its fictional dystopian world we got in the teaser trailer in December last year, focusing on the personal journey of its eponymous heroine. Alita's human brain was transferred into a new body by a scientist (Waltz) who's now her caretaker. We're told she's the "last of her kind" containing "technology that has been lost for 300 years". She sets out to find the answers she's looking for while being chased by corrupt forces that want to control her.

Alita: Battle Angel has been in development in one form or another since the turn of the century, with Cameron intending to direct it himself for years. The project has been delayed repeatedly thanks to Cameron's involvement with Avatar and its sequels. Eventually, Cameron handed his original 186-page screenplay and 600 pages of notes to Rodriguez to transform it into a script, and satisfied with his work, he then handed him the director's reins.

For a sci-fi action movie with a reported budget of $175-200 million, it's a little curious that there's been so little marketing for the film, with just five months to release date. Fox held a small-scale panel at San Diego Comic-Con 2018 rather than make a big splash at its Hall H presentation, and chose to release the new Alita trailer after the event's conclusion on Monday.

The film is also battling accusations of whitewashing for not casting any Japanese or Japanese-origin actors to play major characters – Waltz plays a scientist called Dyson Ido, for instance – and failing to understand that giving big eyes to anime characters signifies a Japanese connection, which neither Salazar nor the character in the film have. The filmmakers' defence relies on the fact that the manga's setting is post-apocalyptic US, but that doesn't solve the erasure of Japanese characters.

Alita: Battle Angel is slated to release December 21, 2018. That puts it on the same day as Warner Bros. and DC's next superhero entry Aquaman, and the Transformers prequel spin-off Bumblebee. We would be surprised if all three films released in the same week in India.