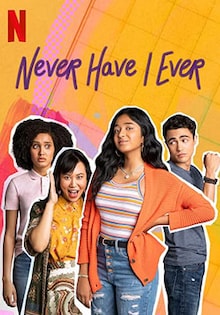 Never Have I Ever Season 2

Share
Season 2
Comedy-drama
2.7 ★ 2021 Season 2 16+
Indian-American teenager Devi (Maitreyi Ramakrishnan) continues to struggle as she works to up her status in school while fighting the challenges her Indian mom Nalini (Poorna Jagannathan) throws at her.

About Never Have I Ever Season 2 Web Series

It’s high school time for Devi, and she is trying hard to be cool while simultaneously questioning how much she identifies as an Indian in the US. There is all the standard teenage drama — dating shenanigans, breaking curfews, sexual encounters, and more — all topped with an overbearing Indian mother and grandmother. Never Have I Ever Season 2
Episodes (10)
Rating