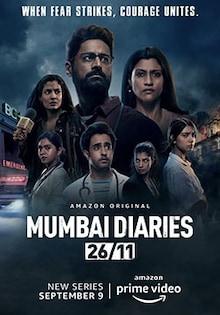 Share
Drama Mystery
4.2 ★ 2021 Season 1 18+
As Mumbai grapples with terror attacks on November 26 (2008), medical professionals at a run-down government hospital must treat the endless stream of casualties pouring in, with limited medical supplies. Meanwhile, a food and beverage in charge at the attacked Palace Hotel struggles to help her guests escape.

Mumbai Diaries 26/11 is a thriller drama based on the horrendous 2008 terrorist attacks on Mumbai, with a special focus on a fictional government hospital in the city named Bombay General Hospital, loosely inspired by Mumbai’s Cama & Albless Hospital.

Oberoi is a talented and passionate trauma surgeon who has gotten into trouble with the Chief Medical Officer Dr Madhusudan Subramaniam (Prakash Belawadi) multiple times in the past for going overboard to treat his patients. Another dedicated professional in the hospital who goes over the line for her patients is Chitra Das (Konkana Sen Sharma), the social services director who is also a former medical graduate with a disturbing past.

The plot also deals with the simultaneous attacks at the Palace Hotel (inspired by Taj Mahal Hotel) where Oberoi’s wife Ananya (Tina Desai), the head of security, and Dr Parekh’s parents are stuck.

As severely wounded casualties start flooding in, the hospital staff gets to work amidst a severe shortage of medical equipment as well as beds. Among the injured are civilians as well policemen and anti-terrorist squad officials from across the city.

Meanwhile, Mansi Hirani (Shreya Dhanwanthary), a TV reporter among several other media professionals hovering at the site, is desperate to get breaking news even if that means resorting to unscrupulous means or putting her life in danger. Through Mansi’s character, the show throws light on how the live media coverage during the attacks had helped the terrorists substantially.

On the other hand, the heroic operation of the Taj Mahal Hotel staff is represented by Ananya’s character who helps in rescuing the guests while putting her life in danger. 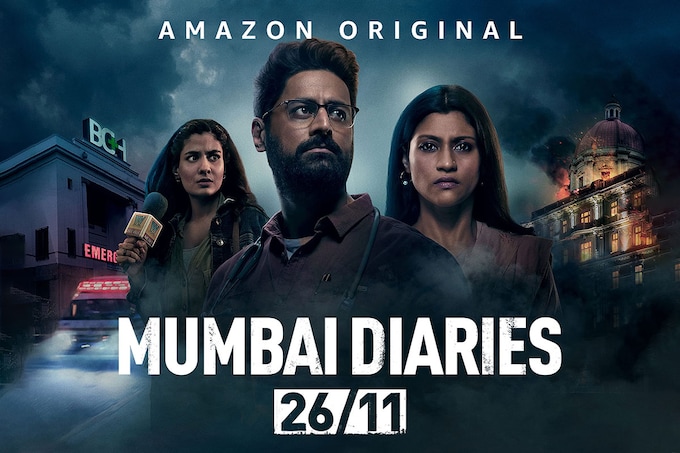