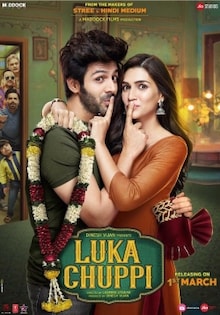 Luka Chuppi is a Bollywood rom-com movie which is directed by Laxman Utekar. The story of the movie revolves around a television reporter Guddu (Kartik Aaryan) in Mathura who falls in love with a headstrong woman Rashmi (Kriti Sanon).

Families of both Guddu and Rashmi are hunting for bride and groom for their respective children. These two meet at a wedding and decide to live in to try and test their compatibility before getting married to each other. The stir begins when apparently Guddu's family visits him and discovers that he is already married to a beautiful woman. 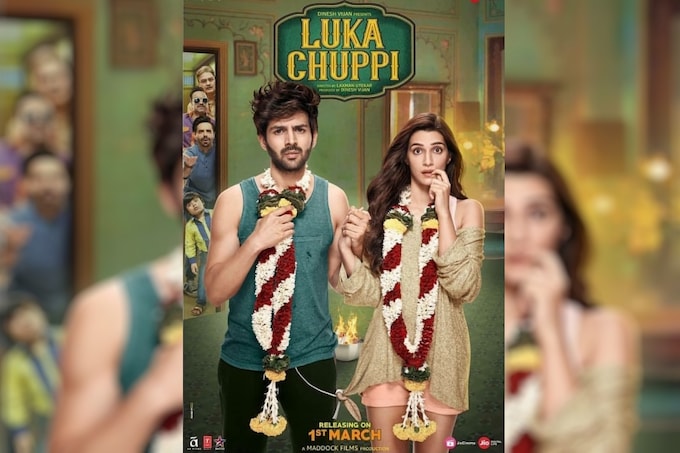 Based in the Mathura city, the story revolves around Guddu and Rashmi who decides to move into the live-in-relationship and experiment everything that happens in a marriage between the couple. Pretending to be married practise leads them into the traditional family fuss. The pros of the movie are its cast and traditional comedy moments which makes it's worth your time. On the other hand, stretched scenes which are actually predictable can annoy you a little, which means the writing could have been a little better and precise. Kartik and Kriti despite been enthusiastic, young, sincere and good-looking are not utilized up to the mark in the movie. The movie concludes when Guddu and Rashmi put in their viewpoints about live-in practice and youth of India is quite sensible enough to deal with it. The songs of the movie are largely about the 5 remixes which makes it clear that there isn't much in the movie to watch. But if you're a fan of masala movie that has good humor & dialoguebaazi, head on to watch the movie right away. Also, while watching this fun ride, you never feel uncomfortable while watching it your family, which means its a complete family drama flick for not only the youth but also their parents.