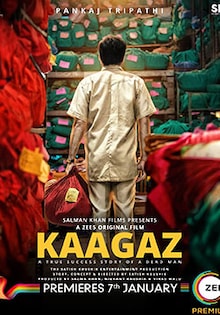 Kaagaz is based on the life of Bharat Lal Bihar (Pankaj Tripathi), a farmer and a band-owner from a small village of Amilo Mubarakpur, Azamgarh, who was declared dead on Government records by fraudulent means. His uncle and his sons declared him legally dead to snatch his share of the piece of land, about which he discovers when he goes to a nearby local bank in his hometown to get a loan. The narration and the story-telling technique, despite having Salman Khan and Satish Kaushik as narrators, makes it difficult to stay glued to the screen and watch the movie but Pankaj Tripathi, yet again, gives a remarkable performance in the film and makes it bearable. The cinematography is rustic and relevant and the era of 1970s to 1990s has been captured beautifully.

Overall, Kaagaz could have the kind of film one watches to seek inspiration and motivation but it fails to leave a strong impact in the hearts of the audiences.

Kaagaz is a biographical film based on the struggle of Bharat Lal Bihari, a farmer who fought against the bureaucracy for 19 years to prove his existence after being declared dead on official records.

It stars Pankaj Tripathi in the lead role as Bharat Lal Bihari alongside Monal Gajjar and Amar Upadhyay. The film has been shot in the Kanduni village of the Sitapur district in Uttar Pradesh. 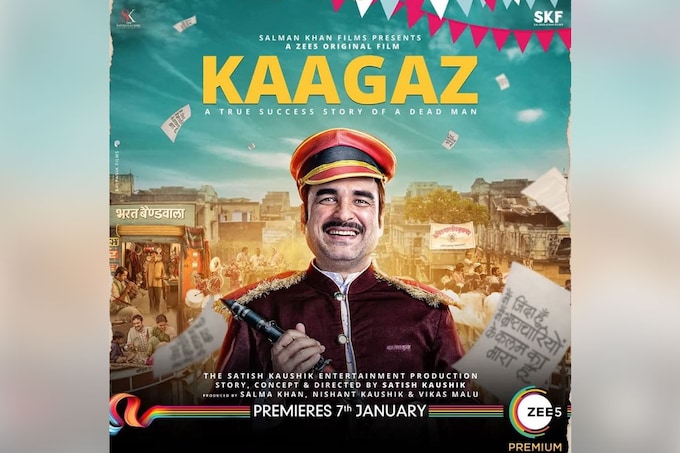 Take a look at the official trailer of Kaagaz movie below.

The music of the movie was composed by Pravesh Mallick, ceAzer and Rahul Jain, and the lyrics are penned by Aseem Ahmed Abbasee, Kunaal Vermaa, Rashmi Virag and Shweta Raj.