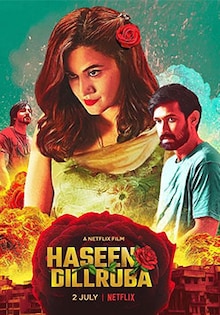 Haseen Dilrubba is a crime thriller that begins with the investigation of Rishi's murder in his house due to a blast. He was a simple man with a stable job, who was married off to Rani, a free-spirited woman who loved crime thriller novels.

As the investigation furthers, it is revealed that the two had a shaky marriage, making her the major suspect. Her brief extramarital affair with Rishi's cousin Neil, further fuels the fire.

The roles of Rishi, Rani, and Neils have been played by Vikrant Massey, Taapsee Pannu, and Harshvardhan Rane.  The film is a directorial of  Vinil Mathew and has been written by Kanika Dhillon. Catch this crime thriller on Netflix! 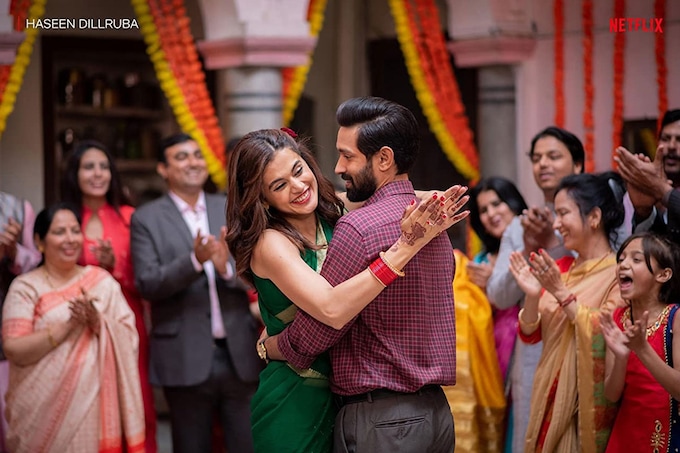 In the official trailer of Haseen Dillruba Pannu plays the role of a beautiful lady who loves reading thriller novels and Vikrant Massey plays the role of Rishu who gets married to Pannu after love at first. In the Haseen Dillruba trailer you will see Rishu trying hard to impress Rani. Rani is also seen getting involved in an extramarital affair with Neel who is Harshvardhan Rane. The story takes a steep when Rishu dies in an explosion, Rani becomes a murder suspect. Later in the trailer, you will also see Rishu getting back to Rani in order to take revenge by faking his appearance and this avatar of Vikrant makes it worthy and watchable. Stunner mystery lines from Pannu makes us want more of the movie. Taapsee Pannu and Vikrant Massey are impeccable performers and with their jaw-dropping performances, they're surely making us curious to subscribe to Netflix so that we don't miss on to watch Haseen Dillruba online on Netflix. Wait no more and watch the Haseen Dillruba official trailer below.

The music of the film Haseen Dillruba is composed by Amit Trivedi and the lyrics are penned by Varun Grover. Take a look at all the songs of Haseen Dillruba movie below.