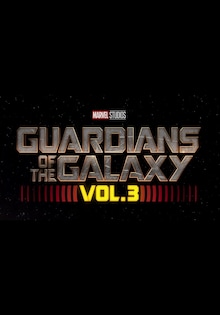 Guardians of the Galaxy Vol. 3

The third chapter in Marvel and James Gunn's Guardians of the Galaxy film series is set following the events of Avengers: Endgame and Thor: Love and Thunder. Delayed due to Gunn's firing over controversial tweets, before he was subsequently rehired months later. Production began in November 2021 and is expected to last until April 2022.