Golmaal Again is a 2017 Hindi movie that is about 5 orphans Madhav (Arshad Warsi), Gopal (Ajay Devgn), Laxman (Shreyas Talpade), Laxman 2 (Kunal Khemu) and Lucky (Tusshar Kapoor) who live in an orphanage in Ooty that is managed by Jamnadas (Uday Tikekar).

Golmaal Again is about the five orphan kids who one day find an infant at the gate of their orphanage, take her in and name her Khushi (Parineeti Chopra). She becomes their lifeline, but the spat between Laxman, Gopal, Madhav, Lucky and Laxman 2 makes them leave the orphanage while Khushi gets adopted by Colonel Chauhan and his wife. Years later, all the five return to the orphanage so that they can save the orphanage from being sold to a young businessman Nikhil (Neil Nitin Mukesh) and his partner Vasu Reddy (Prakash Raj).

As soon as they are back, the five begin to see Khushi, who says that her name is Damini, but Anna (Tabbu) tells them that it is Khushi and she is dead and that it is her spirit that they can see who is still here to seek revenge from Nikhil for the betrayal he did to her and killed her. They all join hands to seek revenge from Nikhil and Vasu Reddy, trying to record a confession so that they can turn them in. They try everything but fail to do so, and when Khushi’s spirit tries to kill Nikhil, he confesses his sins which makes him land up in jail, and that also gives salvation to Khushi’s spirit.

Wait no more and watch Golmaal Again online as the movie is now streaming on Disney+Hotstar. 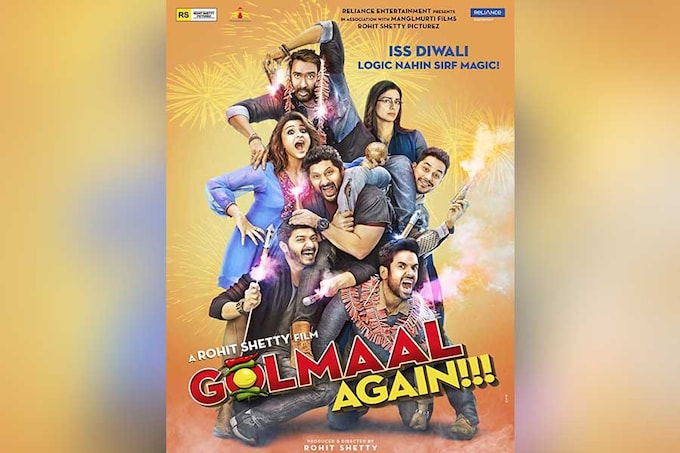