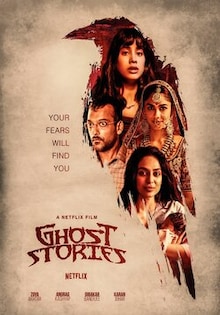 Ghost Stories is a horror anthology drama with four short stories. The film is the third of three anthology films in the series by this directorial quartet, along with Bombay Talkies (2013) and Lust Stories (2018).

Akhtar’s story revolves around a young nurse named Sameera (Janhvi Kapoor) who has been recently appointed to take care of Mrs. Malik (Surekha Sikri), a meek old lady living in a desolate home in the grip of dementia. When medical professionals aren’t there, Malik’s son supposedly takes care of her.

Kashyap’s story centres on Neha (Sobhita Dhulipala), a paranoid pregnant woman who is playing guardian to her deceased sister’s son Ansh (Zachary Braz), along with her husband (Sagar Arya). While ghosts of a dark past hover over Neha, Ansh is devastated at the thought of sharing her love with the unborn baby.

The third story by Banerjee is based in an eerie small town called Bees Gara. When an unknown man (Sukant Goel) enters the seemingly deserted town, he finds a strange pair of a young boy (Aditya Shetty) and a girl (Eva Ameet Pardeshi). The duo claims that the entire town is preyed upon by the people of Sau-ghara - a larger nearby village - kickstarting a frantic effort to survive.

Johar’s story is about Ira (Mrunal Thakur) and Dhruv (Avinash Tiwary), a newly-wed couple dwelling in an old handsome mansion that originally belonged to the latter’s grandmother (Jyoti Subhash). On their very first night together, Dhruv that claims that her spirit visits him every night - a bizarre revelation that Ira simply refuses to believe. 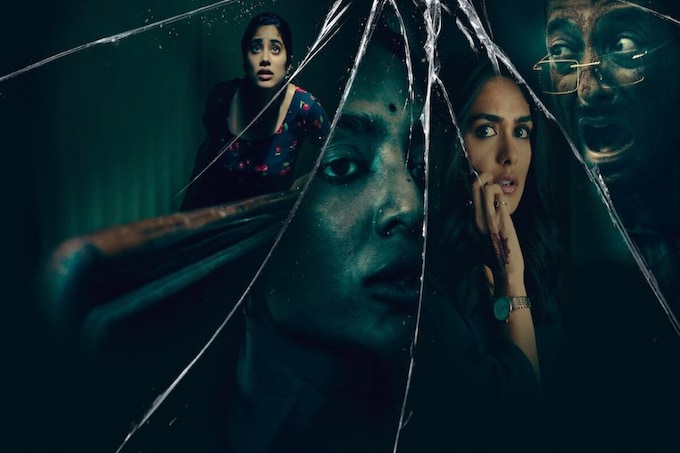 Rating 4.3/10
Rate this Movie
Your Rating

In the last decade, Netflix went from being a nobody to one of the biggest players in Hollywood. That strength is visible from the money it's now spending on movies — over $500 million (about Rs. 3,570 crores) put together on Martin Scorsese, Michael Bay, and Dwayne Johnson's ventures — and how it's rivalling other studios at awards. It has the most nominations at the 2020 Golden Globes, to take place this Sunday. But here in India, Netflix simply isn't at a stage where it can get big-time Bollywood directors to make feature-length films for its platform. What it can offer them though is an outflow of their creative juices, since there are no box office concerns to begin with.