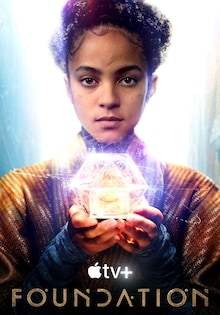 Share
Sci-Fi Drama Fantasy
2021 Season 1 16+
Based on the award-winning novels by Isaac Asimov, Foundation chronicles a band of exiles on their monumental journey to save humanity and rebuild civilization amid the fall of the Galactic Empire.

Inspired by Isaac Asimov's novel series of the same name, Foundation chronicles the fall of a Galactic Empire that has stood for over 12,000 years, as foretold by the galaxy's greatest mathematician Hari Seldon (Jared Harris). Exiled to the outer edges for heresy, Seldon sets in motion a series of events that he hopes will shorten the dark ages to come following the Empire's fall — from 30,000 years to a thousand.

Foundation season 1 follows the adventures of Seldon's protégé Gaal Dornick (Lou Llobell), and Salvor Hardin (Leah Harvey, the warden of the planet Terminus where Seldon and his followers were exiled to. A third thread charts the lives of the Empire — three clones of the mighty Cleon the First — whose job is to oversee the thousands of planets that fall under their rule. 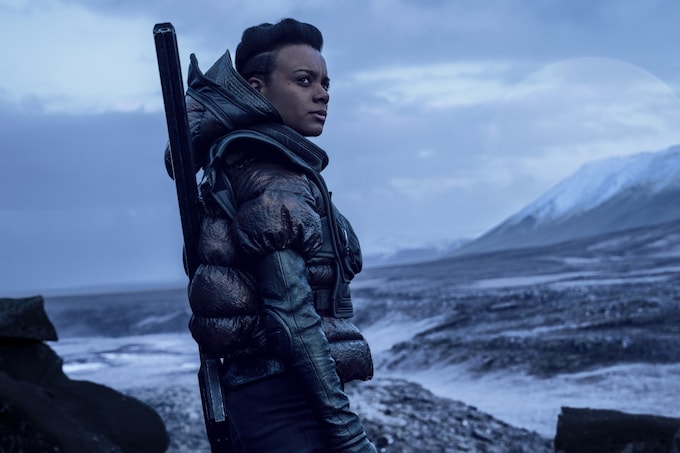 Foundation â€” premiering Friday on Apple TV+ â€” is technically based on the eponymous series of novels written by Isaac Asimov. But when Asimov began writing the series in the 1940s, he wasn't writing a novel but merely a series of short stories. Chronicling the fall of a Galactic Empire that has stood for over 12,000 years, the events of the Foundation books span centuries. Asimov had a penchant for jumping time frequently, with characters introduced and forgotten quickly. There's little connective tissue between the stories, and that would never translate well to TV. Foundation (the series) does jump forward in time on a couple of occasions, but for the most part, the events of the first season take place in the same year.