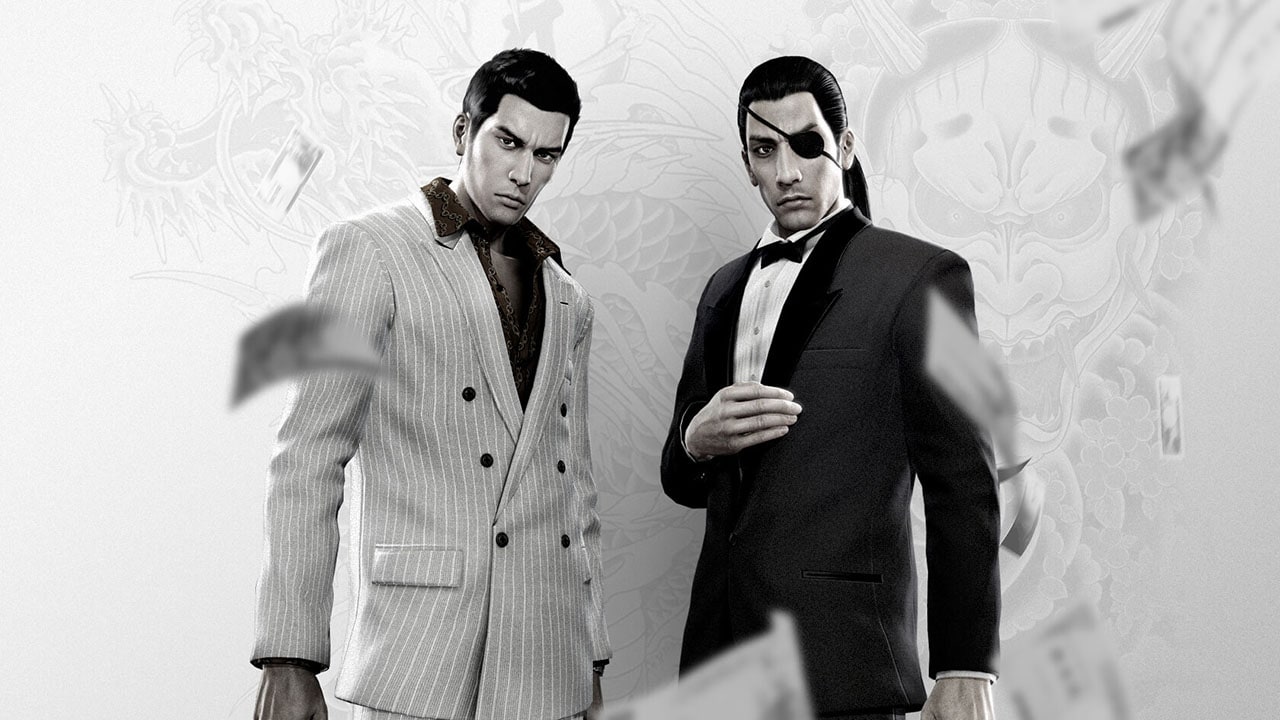 Over the weekend, Rogue One – the first Star Wars anthology film that follows a bunch of ragtag rebels trying to steal the plans to the Death Star – hit $1 billion (about Rs. 6,820 crores) at the worldwide box office. In doing so, it became the fourth film from 2016 to achieve that coveted target, joining the likes of Captain America: Civil War, Finding Dory, and Zootopia.

There was more Star Wars news at the beginning of the week too. Disney and Lucasfilm revealed the title for the next chapter in the main trilogy – Episode VIII will be now known as The Last Jedi. The Rian Johnson written-and-directed instalment will pick up right where the original left off, and follow the adventures of Rey (Daisy Ridley), Finn (John Boyega), and Poe (Oscar Isaac). Star Wars: The Last Jedi opens in cinemas December 15, 2017.

In a weekly reminder of happenings under the Marvel Cinematic Universe umbrella, it’s been confirmed that Martin Freeman will be involved in next year’s Black Panther film, reprising his role from Civil War, alongside Chadwick Boseman, Michael B. Jordan, Lupita Nyong’o, and Forest Whitaker. The film, being directed by Ryan Coogler (Creed), will look at T’Challa’s life before and after he becomes the King of Wakanda. Black Panther arrives February 9, 2018.

The 2017 Oscars nominations arrived on Tuesday, with La La Land (expectedly) leading the pack with a total of 14. That’s huge for the film, and the people involved with it – La La Land is now joint-highest in the most nominations category, alongside Titanic, and All About Eve. Barry Jenkins’ portrait of African-American life Moonlight, and Denis Villeneuve’s deep sci-fi Arrival came second with eight nods. The 89th Academy Awards, as they are officially called, will be held on February 26.

Bryan Singer, who has directed a number of films in the X-Men universe, has been hired to direct the pilot episode of Fox's X-Men TV series. The new show, written by Burn Notice creator Matt Nix, will focus on two ordinary parents who find out their children are mutants, and are then forced to go on the run from the government. There is no word on release, for now.

That’s all the entertainment news for this week. This is still The Weekend Chill, and here are the best picks for a screen-filled weekend:

TV:
Beware the Slenderman
The focus of this HBO documentary is the violent outcome of an Internet urban myth called the ‘Slender Man’, that inspired 12-year-old girls living in the suburbs of Wisconsin, USA, to lure their mutual friend into the forest, and stab her 19 times. It’s an upsetting tale, one that has its roots in the creation of a fictional entity for an online Photoshop contest.

When the two perpetrators of the incident discovered Slender Man on the web, they thought he was real - and to become his followers, they decided to murder someone. The documentary, made by Irene Taylor Brodsky, follows the horrible events through interviews with the families, police taps made during interrogation, and videos from the court trial.

Beware the Slenderman premiered at the SXSW festival in Austin, Texas last year, and aired on HBO earlier this week.

How to access: HBO
Time commitment: 1 hour and 57 minutes

Riverdale
What if Archie Comics wasn’t a funny comic series? What if it was set in a surrealist atmosphere right out of Twin Peaks? That seems to be the ambition of Archie Comics’ creative head Roberto Aguirre-Sacasa, who developed the show, and serves as head writer for. In terms of talent behind the camera, Greg Berlanti – writer and executive producer on Supergirl, The Flash, and Arrow – serves as co-producer on Riverdale.

Here’s the opening premise for the series – the school year starts with a mysterious death, and our protagonist Archie Andrews (KJ Apa) is a troubled teen – he’s got a problematic friendship with Jughead (Cole Sprouse), and relationship trouble with music teacher Ms. Grundy. Plus, his new looks are garnering interest from several girls. Betty Cooper (Lili Reinhart) is a goody two-shoes who turns to her new friend Veronica Lodge (Camila Mendes), an intelligent silver-tongued girl who has moved to Riverdale from New York.

You know, your classic 90210 plot. Riverdale started on The CW in the US this week, and Colors Infinity will air it a day behind in India.

Movies:
Rosemary’s Baby
Roman Polanski remains one of the best-known directors in the industry, and much of that has to do with his 1968 horror classic – Rosemary’s Baby, based on Ira Levin’s novel of the same name – which is considered one of the greatest American horror films ever made. The film starred Mia Farrow as Rosemary Woodhouse, a young wife and a pregnant woman who starts to believe her offspring isn’t from this world.

That’s not the only thing Rosemary imagines – she thinks their neighbours, Roman and Minnie Castevet (Sidney Blackmer and Ruth Gordon), aren’t who they say they are, and her fears are accentuated post-birth when her baby is taken away. Shot in an apocalyptic, darkly comic fashion, Rosemary’s Baby hit a never with audiences of that time, and inspired the likes of The Exorcist with its eccentric charm.

Gordon won an Academy Award as Best Supporting Actress for her work, and the film regularly features on the top horror film lists.

Other mentions:
The fourth season of Sherlock, which aired its final episode last week, is now available on home media. The show may not have hit the same highs as before – as is evident from our episodic reviews – but it made for interesting viewing in other aspects, mainly the exploration of Sherlock’s emotional psyche.

You should also check out our Netflix guide for January, if you’re looking for streaming options. One of the highlights from this week is Aniruddha Roy Chowdhury’s Pink – starring Amitabh Bachchan in the lead – which won praise for its comments on India’s rape culture.

Video games:
Resident Evil 7
The 27th entry in this prolific horror game series from Capcom, Resident Evil 7: Biohazard builds on the franchise pedigree via a few new twists - it's now in first-person, and PS VR owners can take in the gore through their headsets. Those with a PS4 Pro can also make use of the extra power, and play the game in 4K resolution and HDR support.

Resident Evil 7: Biohazard puts you in the role of Ethan Winters (a run of the mill guy unlike in previous titles) whose search for his missing wife leads him to a plantation mansion in Louisiana, USA. As you can expect from a horror game, good things aren't on the menu in any form.

The change to first-person is meant to emphasise the horror elements of RE 7: Biohazard, and make it less of a run and gun thing that its predecessors tended to be at times. That's also evident from Capcom's approach to the story, which will have a focus on a bigger arc, penned by Richard Pearsey of Spec Ops: The Line fame.

How to access: PlayStation 4, Xbox One, and Amazon or Steam for Windows PCs
Time commitment: 15 hours

Yakuza 0
Developed and published by Sega, Yakuza 0 is an open-world action game that serves as the prequel to the first chapter released all the way back in 2005, titled simply Yakuza, which explains the ‘0’ in the name of the latest entry. The game’s been available to Japanese-speaking audiences for some time – the original PS3 and PS4 versions came out in March 2015. It’s only now that Sega has decided to localise it for most of the world, in English.

Yakuza 0 thrusts you into the Japanese underworld of 1988, following the story of Kazuma Kiryu, who hails from Kantō, and Goro Majima, from Kansai. Kiryu is a junior member of the Japanese yakuza, but ends up in major trouble after a simple debt collection goes awry. Majima, meanwhile, has been living the life of a cabaret club boss, but desperately wants to get back into the crime business.

We genuinely loved our time with the game, be it the well-crafted story at its centre with a “tremendous” pay-off, the themes it tackles – migration, gentrification, and racism among them – or the attention to detail from the developers.

How to access: PlayStation Store, Amazon, or Games The Shop for PS4
Time commitment: 30 hours