With a 4K Apple TV in the Works, a Look at Why Apple Hasn't Revolutionised TV Yet 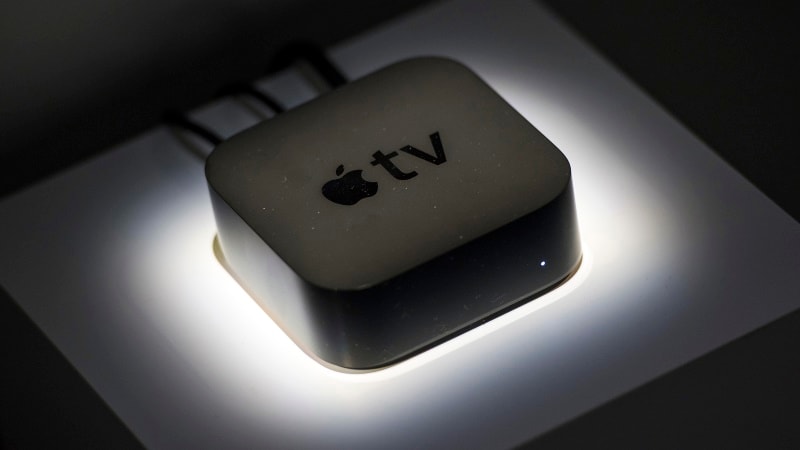 Earlier this month, Apple poached the chief of Amazon's Fire TV unit to run its television operations. Timothy D. Twerdhal brings hardware and content experience to his new gig, and his hiring suggests a renewed focus on the Apple TV set-top box.

Twerdhal's arrival comes as the company tests a new, fifth-generation Apple TV that it may release as soon as this year. Internally codenamed "J105," the new box will be capable of streaming ultra-high-definition 4K and more vivid colors, according to people familiar with the plans.

The features will probably boost Apple TV sales as consumers increasingly upgrade to 4K television sets, but those enhancements alone probably aren't enough to turn the gadget into a groundbreaking, iPhone-caliber product. Time and again, the people say, Apple engineers have been forced to compromise on Apple's vision of revolutionising the living room.

Early on, the Apple TV was going to replace the clunky set-top boxes from the cable companies and stream live television. It never happened. The team debated bundling a gaming controller with the current model to better compete with Microsoft Corp.'s Xbox and Sony Corp.'s PlayStation. That didn't happen either. Originally, viewers were going to be able to shout commands from the couch to the Apple TV. Instead they must talk to the remote control.

Apple has essentially settled for turning the television set into a giant iPhone: a cluster of apps with a store. "That's not what I signed up for," says one of the people, who requested anonymity to talk freely about internal company matters. "I signed up for revolutionary. We got evolutionary." Gene Munster, who covered Apple for more than a decade as a Piper Jaffray analyst and now runs Loup Ventures, echoes the criticism. "Apple TV begs the question: Why does Apple do hobbies?" he says. "Either do it right or don't do it at all."

Apple doesn't disclose how many Apple TVs it sells, but Chief Financial Officer Luca Maestri acknowledged in a recent interview that sales decreased year-over-year from the 2015 holiday season to this past 2016 holiday period. The research firm eMarketer says the fourth-generation Apple TV has steadily lost market share since its release in the fall of 2015; in January just 11.9 percent of connected television customers were using it, the research firm says, down from 12.5 percent in September. In part, the slide reflects competition from Amazon and Roku, whose boxes do the same and more for less money.

While the Apple TV itself isn't critical to Apple's bottom line, it's central to the company's services business because increasingly the living room is where consumers buy, rent and consume media. Services represented almost $25 billion (roughly Rs. 1,67,771 crores) in revenue for Apple in the last fiscal year, making it the company's second biggest category after the iPhone.

Apple declined to comment or make Twerdhal available for an interview.

The Apple TV's history is a study in gradualism. Previewed by Steve Jobs in 2006, the first box was designed simply to stream iTunes video from a Mac to a TV set. The next version, launched in the fall of 2010, let users stream content from the Internet. The latest box was announced in September 2015, a few months later than originally scheduled. Widely considered an improvement by consumers and product reviewers, the Apple TV features the App Store, voice control and a glass remote that enables motion-controlled gaming, which for example lets players use the remote like a steering wheel for a car-racing title.

But the latest Apple TV sells for $149 (roughly Rs. 10,000), more than twice as much as its predecessor, $60 more than Amazon's Fire TV and $20 more than the priciest Roku. What's more, little about the viewing experience has changed. Apple TV users still have to buy an individual episode via the iTunes Store, pay extra for services like Hulu, or download an app tied to a particular channel and log in with an existing cable subscription.

The current model was originally supposed to replace the cable box altogether. Early prototypes had connectors for a coaxial port, which sends the live cable TV signal to televisions. Under this plan, Apple was to control the interface, collect fees from viewers and then share most of the revenue with the cable and media companies.

A new TV app was to be the main interface for accessing live shows and sports. But when the app was finally launched in December, it merely let viewers access their iTunes video library and the iTunes Store, functions that already existed on the Apple TV. The key new element is a "Watch Now" panel, a Netflix-style repository of favorite movies or shows and recommendations for new ones. Some Apple engineers now regret not making it possible to tailor the opening screen to viewer preferences - classic movies for the family film buff, say, or food shows for the budding teenage chef. The idea never made it onto the engineering roadmap, and adding it now would require a lot of resources.

Apple had a backup plan if it wasn't able to replace the existing cable box - the much-ballyhooed "skinny bundle," a stripped down web service that would let viewers choose channels rather than paying for ones they don't watch. Apple proposed bundling the four main broadcast networks and a handful of cable channels as well as on-demand TV shows and movies for $30 to $40 a month. The media companies were willing to engage with Apple due to concerns about the rise of online services like Netflix and the cord-cutting phenomenon.

But the two sides stumbled over cost, the composition of the bundles and negotiating tactics. The media companies blamed Apple's arrogance; Apple blamed the media companies' inflexibility. In the end, the talks fell apart, leaving Apple to tout stripped-down bundles from Sony PlayStation and DirecTV. After the negotiations foundered, Apple's hardware team ditched the coaxial port.

The Apple TV's software is also less ambitious than originally envisioned. The current model features an iPhone-like app grid, but designers had prototyped more novel interfaces. One idea, dubbed "Intentions" internally, put the four tabs in the center of the screen: three for the Apple TV's main content types (video, music, and gaming) and one for everything else. Another idea: letting viewers pull up previews of content by hovering on each icon (a feature currently reserved for only a few of Apple's bundled apps).

To a certain extent, the Apple TV is handcuffed by its parent's addiction to fat margins. Apple is constitutionally allergic to losing money on a product - even if it can make up the difference by selling content. Some engineers initially believed the current set-top box should be capable of streaming 4K video, which offers about twice the resolution as the previous generation of high-definition TV. But 4K requires a faster processor, which would have pushed up manufacturing costs. That would have forced Apple to accept a lower margin or charge more than the market would bear. Apple settled for a lesser chip that debuted back in 2014 - and no 4K. Likewise, not bundling a gaming controller was partially a cost-driven decision.

The arrival of Twerdhal, the former Amazon Fire TV chief, will free up his predecessor, Pete Distad, to try and hammer out content deals and potentially revive the skinny bundle. Distad joined Apple in 2013 after serving as a senior vice president of content distribution at video streaming service Hulu. For his part, Twerdhal worked at Netflix and Roku, before joining Amazon. "The Amazon hire shows Apple is mixing things up, looking to make improvements,'" Munster says. "I think they realize it is drifting sideways at this point." Unless the company fixes the Apple TV, he says, it risks "losing the living room."