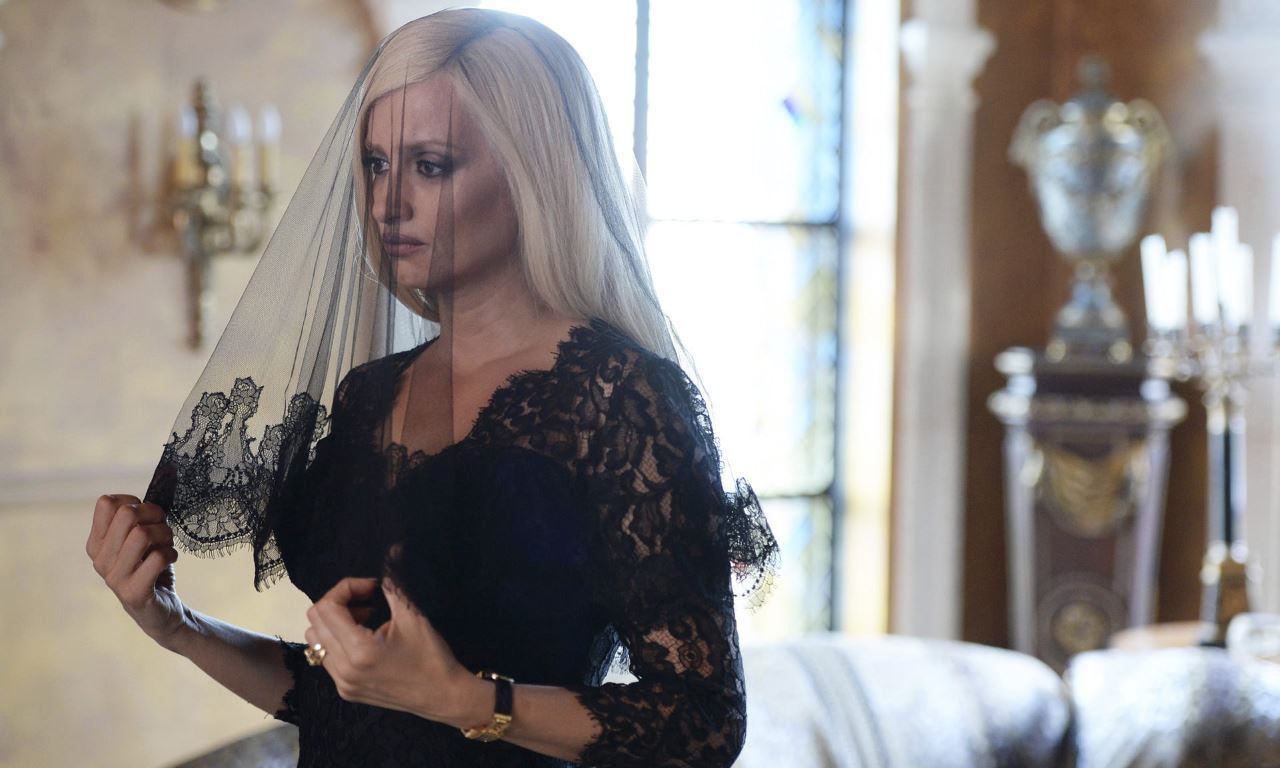 Last Friday, a report from Deadline said that Apple had ordered a futuristic drama called See, from the director behind I Am Legend and Hunger Games sequels, Francis Lawrence. This is the third sci-fi show from Apple with no release date, after a revival of Steven Spielberg’s Amazing Stories, and a space drama from Battlestar Galactica’s Ronald D. Moore.

On Sunday, Hulu released the first look of the upcoming second season of The Handmaid’s Tale. The show has won most awards it’s been nominated for, including Best TV Show at the Emmys and the Golden Globes, plus corresponding Best Actress wins for Elisabeth Moss. The Handmaid’s Tale season 2 begins April 25, with Marisa Tomei as guest star.

Meanwhile, Hulu also announced a mini-series adaptation of Joseph Heller’s classic satirical novel, Catch-22, with George Clooney set to produce, direct, and star. It’ll be a close-ended series with just six episodes, and will be shot on location (in Italy) with actual World War II planes.

Flashpoint, the solo film for DCEU’s Flash (Ezra Miller), has found its directors: John Francis Daley and Jonathan Goldstein, two of the five co-writers of Spider-Man Homecoming. With Joss Whedon also moving from Marvel to DC camp, it’s only the fans who bicker about which is better – the talent is happy to work wherever they are hired.

On Wednesday, Apple further added to its TV slate with a half-hour scripted comedy from Kristen Wiig. She will star, and executive produce alongside Reese Witherspoon, which makes it the third Apple series from her Hello Sunshine production banner. It’ll have a 10-episode first season.

Later that day, Amazon announced that it had greenlit a second season of The Tick. Production will begin later this year, and it will debut in 2019. Meanwhile, the movie side of business is cutting back on indie films, to focus on more commercial work.

J.J. Abrams – the director of The Force Awakens and Star Wars: Episode IX – is reportedly developing a new sci-fi series based on a family, following a scientist mother, her husband, and daughter after they wind up in a horrible car crash. Abrams is looking for a home, with both Apple and HBO interested.

Lastly on Thursday, we got the first trailer for Harry Potter: Hogwarts Mystery, a mobile RPG game that will let you go to Hogwarts. It’s set between Harry’s birth and his first year of school, so you’ll get to meet Hagrid, Snape, McGonagall, and Dumbledore. It’ll be available for Android and iOS later this year.

That’s all the entertainment news for this week. Welcome back to The Weekend Chill, your one-stop destination for what to watch, play, or listen to this weekend. (This is the 100th week of recommendations, so congratulations to us.) Here are the best picks:

The show begins on the day of Versace’s assassination, and then traces backward and forward to reveal Cunanan’s background, including the previous murders, and how Versace’s death impacted the company, his family, and the people he loved. The season is based on Maureen Orth's book Vulgar Favors: Andrew Cunanan, Gianni Versace, and the Largest Failed Manhunt in U. S. History.

The Assassination of Gianni Versace has been praised by critics, who noted Criss’ performance as a highlight. Indiewire’s Ben Travers said: “Versace admirably (and more effectively) explores how Cunanan’s victims formed connections with him and why Cunanan may have finally snapped, even if it’s a less cohesive and richly detailed season than ‘The People vs. O.J.’.”

How to access: Hotstar
Time commitment: 1 hour, for nine weeks

Black Lightning
The roster of DC Comics superhero shows grows on the CW with this latest addition, which sees the retired Black Lightning drawn back into his old lifestyle when danger threatens his twenty-something daughter, and the rise of a local gang called the 100 leads to increased crime and corruption in his community.

Mara Brock Akil (The Game) and her husband Salim Akil are behind Black Lightning. The show stars China Anne McClain as Jennifer Pierce, Nafessa Williams as Anissa Pierce/ Thunder, Christine Adams as Lynn Stewart, Marvin "Krondon" Jones III as Tobias Whale, and Damon Gupton as Henderson. It won’t connect to the other DC shows on the CW, so don’t expect a five-way crossover.

Black Lightning has been praised for its real-world plots and the work of Cress Williams, with The AV Club’s Danette Chavez calling it “an exciting new entry to the superhero genre, one that quickly strikes a balance between its light and heavy storytelling. And they’ve found a truly compelling lead in Williams, while keeping an eye on the future (and franchising) with its younger stars.”

How to access: Colors Infinity
Time commitment: 1 hour each week

Counterpart
Howard Silk (J.K. Simmons) is a low-level employee cog in the bureaucratic machinery of a Berlin-based United Nations spy agency, when he discovers that his organisation is protecting an opening to a parallel dimension. In the other dimension, he meets his counterpart named Prime (Simmons), and he’s thrust into a world of intrigue, danger, and double cross.

Counterpart has received good reviews from critics. Uproxx’s Alan Sepinwall said that “the character version of Counterpart can more than carry the spy story when it starts to feel too pokey”, while RogerEbert.com’s Brian Tallerico noted the failure of multiple elements, but praised Simmons’ “riveting” work, “a performance you simply have to see. Actually, it's two.”

How to access: Starz
Time commitment: 1 hour each week

Movies:
Darkest Hour
Gary Oldman plays Winston Churchill in this World War II that offers the other political side of the crisis of Dunkirk (Christopher Nolan made the other one, if you forget), a time when Britain was at its darkest hour as it faced the threat of invasion from Nazi Germany with the fall of France imminent. He must figure out how to protect the nation’s interests: negotiate with Hitler, or fight on.

Praise has been directed towards Oldman’s stirring performance, which shines through as the movie’s narrative trips over itself. He’s already won the Golden Globe for Best Actor (Drama), and is widely expected to lead the Oscar nominations. Darkest Hour also has nine nominations at the BAFTAs.

How to access: Out in cinema halls
Time commitment: 2 hours and 5 minutes

Blade Runner 2049
Thirty-five years after Ridley Scott gave us the now-iconic sci-fi original, Denis Villeneuve – the director of films such as Arrival and Sicario – gives us the sequel, Blade Runner 2049, which is set three decades after the events of the original. The setting is still a dystopian version of futuristic Los Angeles, with humans living alongside shiny new replicants.

Ryan Gosling's Officer K is a new replicant, and he's a blade runner in the LAPD, just as Harrison Ford's Rick Deckard was in the original. On a mission to 'retire' one of the old replicant models, K makes a discovery that has the potential to plunge society into chaos if it should go public. That discovery puts K on a path to find Deckard, who has been assumed dead for 30 years.

The cast also includes Robin Wright, Jared Leto, Ana de Armas, Sylvia Hoeks, Barkhad Abdi, and Dave Bautista. Blade Runner 2049 isn't quite successful in building a cohesive story, but it's a visual feast and a unique experience of the kind that isn't allowed to be made very often in today's studio-controlled system.

How to access: Amazon US, Google Play Movies IN, Hooq, or iTunes IN
Time commitment: 2 hours and 43 minutes

I, Daniel Blake
English director Ken Loach has been making great films since 1969, many of which deal with the social issues he feels very personally about. His latest, the winner of the Palme d'Or at the 2016 Cannes Film Festival, is about a widowed woodworker who fights for his dignity after the state welfare system fails him post a heart attack that renders him unfit to work.

Daniel Blake (Dave Johns) leads a one-man crusade against the system, which leads him to single mom Katie (Hayley Squires), who recently moved to Newcastle with her two kids after she couldn’t afford living in a London homeless persons’ hotel. The friendship between Daniel and Katie forms the heart of the story.

I, Daniel Blake is another well-told feather in Loach’s cap, and the film holds a 93 percent fresh rating on review aggregator Rotten Tomatoes with over 150 reviews.

How to access: Amazon US, or Netflix
Time commitment: 1 hour and 40 minutes

Other mentions:
If you’re looking for more new TV, the third season of Aaron Paul-starrer drama The Path began this week on Hulu. Meanwhile, the sketch comedy Portlandia is into its eighth and final season. Rachel Bloom, Aidy Bryant, Terry Crews, and Rashida Jones guest star.

Video games:
Street Fighter V: Arcade Edition
Street Fighter V had one of the worst launches in video game history when it released back in 2016, and Capcom has spent the time since trying to fix the game, and issue apologies to its fans. Even the DLC it released was panned, for barely adding to the story and being too expensive.

Capcom is attempting a do-over with Arcade Edition, one that includes all base content from the original Street Fighter V release, plus Arcade Mode and a code for the already-released DLC, which includes 12 playable fighters and 12 premium costumes. It also brings overhauled gameplay mechanics and a sleek revamped UI.

Thankfully, you also don’t need to be always-online to play Street Fighter V anymore. Waiting times for finding multiplayer games have been reduced as well, so players can have a hassle-free experience. In short, it’s what SFV should have been at launch.

How to access: PlayStation 4, or Steam for PC
Time commitment: As much as you want, really