Uncharted: The Lost Legacy, The Tick, and More – The Weekend Chill

The Hellboy reboot – starring David Harbour (Stranger Things) as the protagonist, and from director Neil Marshall – added a couple of new cast members over the weekend. Sasha Lane (American Honey) will play Alice Monaghan, while Ed Skrein (Deadpool) has been cast as Ben Daimio. We already know of Ian McShane as Professor Broom, and Milla Jovovich as the Blood Queen.

In an interview, the Duffer Brothers revealed that Stranger Things will end after four seasons, according to current plans. A third season is already confirmed, they added, though Netflix hasn’t made an announcement. Stranger Things season 2 is out October 27.

On Tuesday, word leaked of a DC spin-off movie about The Joker’s origin story, which will be the first of Warner Bros’ planned standalone entries. Martin Scorsese is attached as producer, and Todd Phillips will co-write and direct. The film won’t have Jared Leto, but a younger actor, and will be set in the 1980s.

Barely a day later, another report revealed that a second Joker project – involving Leto – is in the works. Glenn Ficarra and John Requa (Crazy, Stupid, Love) are in final talks to write and direct the film, which would focus on the romance between the Joker and Harley Quinn (Margot Robbie). It will arrive after Suicide Squad 2, which doesn’t have a director, let alone a release date.

On Thursday, Matt Reeves – the director of The Batman, and Planet of the Apes – was forced to clarify that his standalone Caped Crusader entry would indeed be part of the DC universe’s continuity, after an old interview made it seem like the film would have no connection. In a series of tweets, Reeves said that the story wouldn’t have “cameos servicing other stories”. We can all now calm down.

TV:
The Tick
Based on Ben Edlund’s comic book of the same name – and adapted for TV by Edlund himself for the third time, following a 90s’ animated series and a short-lived 2001 live-action sitcom – The Tick is about an eponymous big blue bug guy (Peter Serafinowicz), and his mild-mannered accountant side-kick called Arthur (Griffin Newman).

Here, Edlund introduces us to the superhero via the side-kick, treating him as a protagonist for the six episodes. (A second half of the season, with six more episodes, arrives early 2018.) Arthur has a traumatic backstory, and a history of mental illness, which causes his sister Dot (Valorie Curry) and his family to be overprotective of him.

His attempts at proving that a super-villain’s death didn’t happen makes him sound like a conspiracy theorist, which only further pushes the state of his well-being into focus. Critics – including us – felt that the show attempts to introduce heavy emotion elements into a superhero spoof, which may not work for everyone.

There’s the mystery of Quill’s father, played by Kurt Russell; Rocket’s antics invite the wrath of the Sovereign race, led by their leader Ayesha (Elizabeth Debicki); and the Ravagers are after them too, adding to the chaos.

Owing to so many different threads, the film suffers from an over-stuffed script, that has no time to dwell on moments because it has so much more to show. For what it’s worth, director James Gunn does deliver a satisfying emotional pay-off towards the end, which is bound to bring most viewers to the verge of tears.

In line with Gunn’s policy to drive films with a pulsating classic rock soundtrack, Guardians of the Galaxy Vol. 2 has its own tape, called ‘Awesome Mixtape Vol.2’. The film has its share of big action set-pieces, irreverent jokes, black humour, and straight-up adorableness.

If you pick up the Blu-ray, you’ll also get director James Gunn’s vision for the series and commentary track, a four-part making-of featurette, a music video, gag reel, and deleted scenes.

How to access: Amazon IN, Amazon Video US, Google Play Movies, iTunes US, or YouTube
Time commitment: 2 hours and 15 minutes

Led by a strong performance by Amy Adams as Dr Louise Banks, a professor of comparative linguistics, Arrival approached the enchanting prospect of alien first-contact from a unique perspective – how the hell would we communicate? But the film doesn’t get bogged down by those answers, and instead pushes forward to explore philosophical themes around free-will, experiences and memory, and even destiny.

Armed with a mind-bending twist in the third act, and reflecting on the balance between grief and joy, Arrival masterfully delivers both personal and global messages. The film is based on Ted Chiang’s short story “Story of Your Life”, but the final script that made into production is a drastically different tale.

How to access: Amazon IN, Amazon Video US, Google Play Movies, iTunes US, Microsoft Store, or YouTube
Time commitment: 1 hour and 56 minutes

Hellboy
Directed by Guillermo del Toro (Pan’s Labyrinth), and loosely based on Mike Mignola’s graphic novel work on the character, 2004’s Hellboy followed the eponymous demonic beast-turned superhero (Ron Perlman) as he works in secret to keep the world safe from paranormal threats, as part of a team called the Bureau of Paranormal Research and Defense.

The film kept the character’s origin: being summoned from Hell by Nazi occultists as a baby with a right hand made of stone, and then ending up in the hands of Allied forces. From a story and screenplay co-authored by del Toro himself, the film also starred Jeffrey Tambor, John Hurt, Selma Blair, Rupert Evans, and Doug Jones.

Hellboy was well-received by most critics upon release, who noted del Toro’s distinct visual outlook, Perlman’s performance, and earned a sequel – Hellboy II: The Golden Army – that arrived in 2008. It’s now available to stream in India.

Other mentions:
If you’re looking for more streaming options, Audrey Hepburn’s most memorable performance – Breakfast at Tiffany’s (1961) – which was already on Netflix, is now also available on Amazon Prime Video.

Video games:
Uncharted: The Lost Legacy
The first Uncharted game to be set in India is also the first major Uncharted chapter that doesn’t follow series protagonist Nathan Drake, or have a number. It serves as a standalone expansion to last year’s critically-acclaimed Uncharted 4, which means that you can jump in even if you haven’t bought the latter.

The Lost Legacy follows Chloe Frazer and Nadine Ross, introduced back in Uncharted 2 and Uncharted 4 respectively, as they both seek the Tusk of Ganesh in India’s Western Ghats amidst a fictional civil war. Their strong personalities, interesting back-stories, and unsteady alliance helps keep the game fresh, as we said in our review, even though the gameplay is more of the same.

We enjoyed its setting, polished gameplay, and better puzzle mechanics, as well as how wonderful it looks even without 4K HDR. Also good to see is developer Naughty Dog’s tasteful representation of the culture, something we were a bit wary of.

How to access: PlayStation 4
Time commitment: 7 hours and 30 minutes

Music:
Science Fiction by Brand New
After hinting for over a year that the four-piece Long Island alternative rock outfit was headed for a planned break-up, Brand New surprised its fans with a new fifth album last week – Science Fiction – sending 500 copies on CDs to selected pre-orders, and then dropping it a day later on streaming music services.

The album pays homage to the sci-fi genre with its physical release: all 12 tracks were given as one single track called “44.5902N104.7146W”, which are the GPS co-ordinates to the Devils Tower from Close Encounters of the Third Kind; and a booklet had quotes from the HAL 9000 chess match from 2001: A Space Odyssey.

The album itself is more personal, with themes touching on therapy, self-loathing, the band’s past, and facing new challenges, alongside broader issues such as nuclear annihilation, and religious values. Reviews have been favourable for Science Fiction, with a Metacritic average of 88/100. 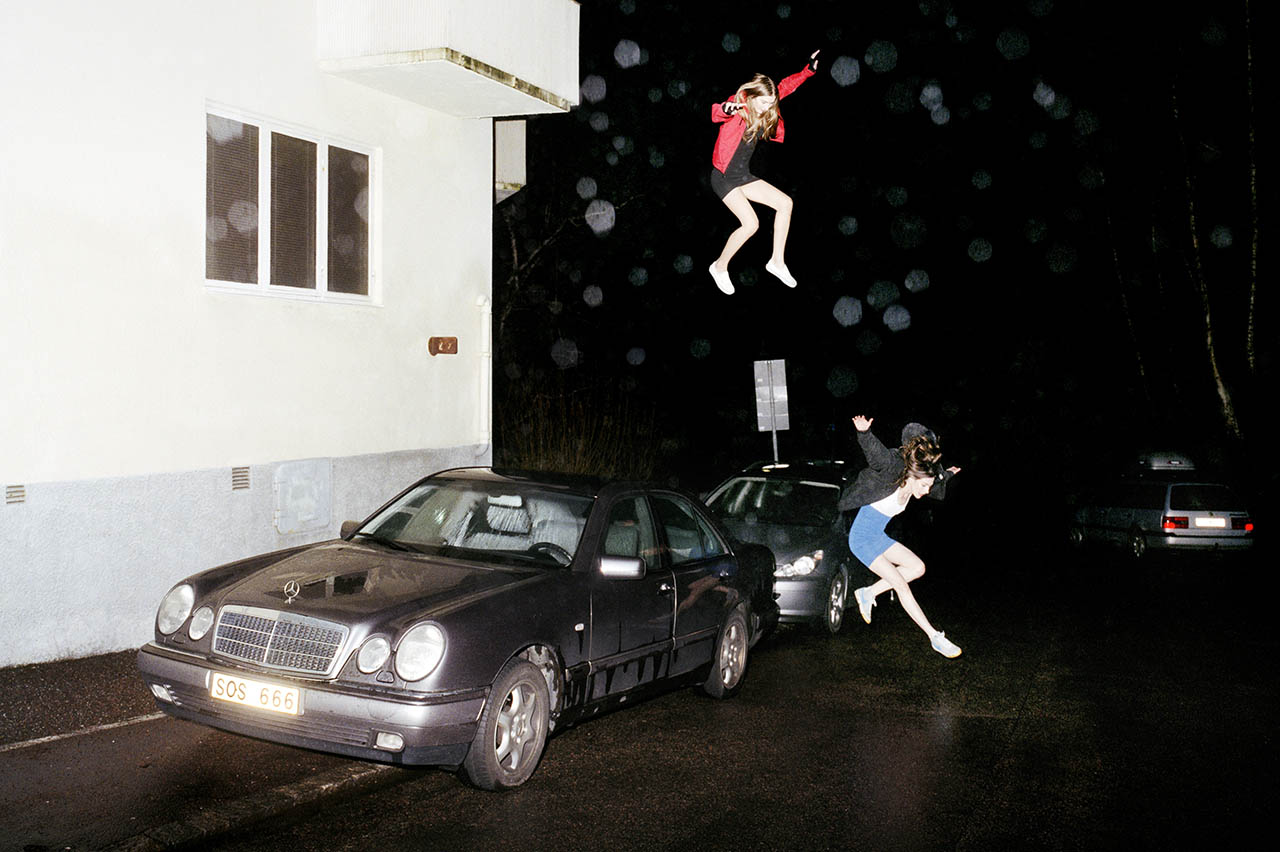 Further reading: The Weekend Chill, Hellboy, The Joker, The Batman, The Tick, Guardians of the Galaxy, Guardians of the Galaxy Vol 2, Arrival, Uncharted, Uncharted Lost Legacy
Akhil Arora Email Akhil Akhil Arora covers entertainment for Gadgets 360, interviewing stars such as Christian Bale and Anurag Kashyap, covering series premieres, product and service launches across the globe, and looking at American blockbusters and Indian dramas from a global socio-political and feminist perspective. As a Rotten Tomatoes-certified film critic, Akhil has reviewed over 150 movies and TV shows in over half a decade at Gadgets 360. When he is not completely caught up with new film and TV releases, Akhil ...More
Mijia 4K Compact Action Camera With 6-Axis Stabilisation Launched

Uncharted: The Lost Legacy, The Tick, and More – The Weekend Chill
Comment