Transformers Movies Ranked, From the Worst to the Best

The Transformers series holds immense nostalgia value for an entire generation that came of age in the 80s and 90s, thanks to a number of exceptionally enjoyable animated TV series. So, when Paramount turned it into a live-action film, it wasn't too surprising to see that it brought in all of the money. Director Michael Bay has been churning out a new Transformers movie nearly every two years since then, but now, with five films across ten years, he's stepping away from the directors seat, and Transformers: The Last Knight, which is in cinemas this weekend, will be his last movie in the series as director.

You can read all about the Last Knight in our review, but suffice it to say that it feels in line with the current state of the series, for better or for worse, depending on what you think about the series.

We decided to take a look back at the series to track its highs and lows, and this list is the result. Here are our picks across the Transformers franchise, from the worst movie to the best, and two bonus picks at the end. Read on to see what we think about each film.

5. Transformers: Age of Extinction
As we noted during our review of Age of Extinction, this film managed to waste Grimlock, who is undoubtedly the best character in the entire Transformers lineup. Add an incoherent plot with more inconsistencies than you'd care to count, forced performances from the leads, and talented actors like Stanley Tucci and Kelsey Grammer wasted in bit parts, and you can see that the film was a bit of a mess. 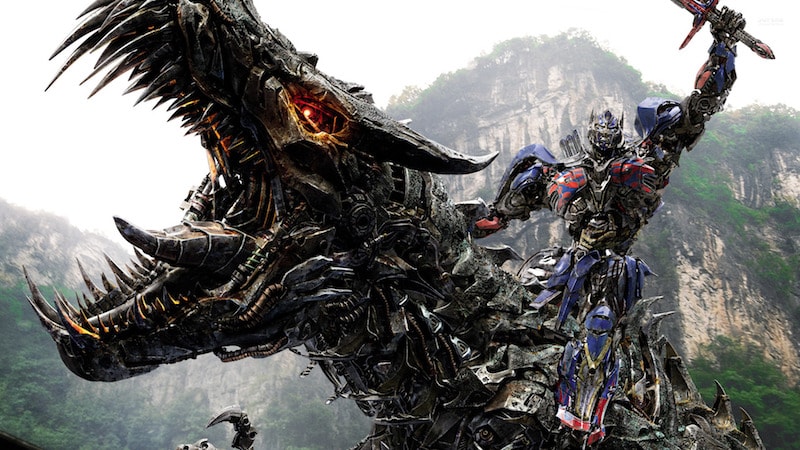 The new Decepticons were also utterly boring, as they didn't "transform" - they just turned into some kind of drone swarm that magically reassembled itself into a new form, which kind of missed the whole point of being Transformers.

Easily the least watchable film in the franchise, the movie also suffered as an early user of Dolby's Atmos technology as some scenes felt forced in just to showcase the new tech, rather than serving the film.

4. Transformers: Revenge of the Fallen
Like Age of Extinction, the second Transformers film - subtitled Revenge of the Fallen - also wastes some extremely cool bots. Starscream is made boring (an achievement in and of itself), and Jetfire is a doddering old Transformer who has lost most of his mind. It's a far cry from the smart and analytical Autobot who kept his chassis on the cutting edge with upgrades. 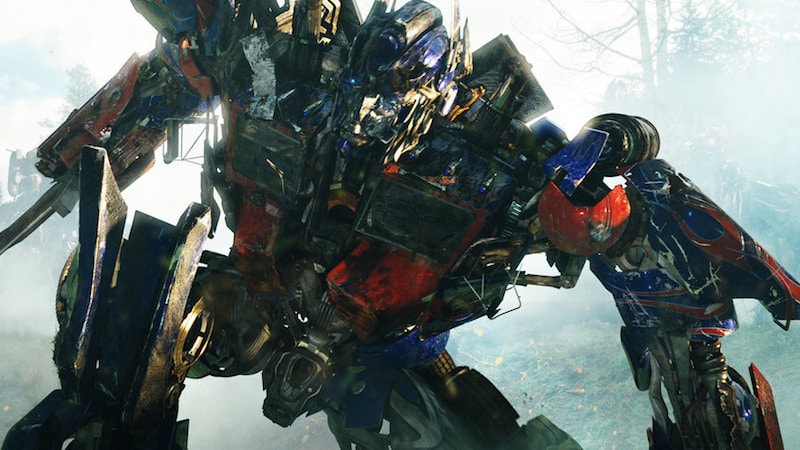 Devastator sets the framing for a terrible joke involving giant robot balls meant to resemble testicles, and there's a jet-setting storyline that still makes no sense. The films that followed this one were disappointing as well, but coming right after the first movie, things felt particularly bad, and it wasn't until Age of Extinction that this film would be topped in terms of missed opportunities to make a good movie.

3. Transformers: Dark of the Moon
The third film in the series, Dark of the Moon did improve on the previous movie in the series, but only just barely. This movie dropped Megan Fox but still kept Shia Le Bouf for some reason, and there's still too much focus on the human side of things, instead of making it all about robots bashing each other up. 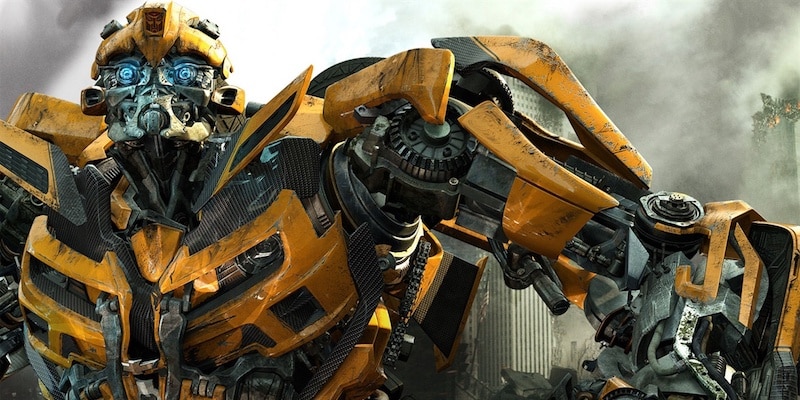 Tying it in with human history did add a few interesting moments to the movie, which is something that the latest film clearly decided to run with. Sentinel Prime is also one of the more engaging characters in the series, with a better defined personality than either Megatron or later, Galvatron.

The movie also had some real consequences in terms of plot, which is something that the first two films tried to sidestep. It's still got lots of flaws, but at least it felt like it was trying.

2. Transformers
The first live action Transformers movie was also one of the high points for the series. The Autobots got a decent amount of screen time, Bumblebee got to do fun things - even if there was a needlessly gross joke involving motor oil (or perhaps gasoline) that should have warned us about how the series was going to spiral. 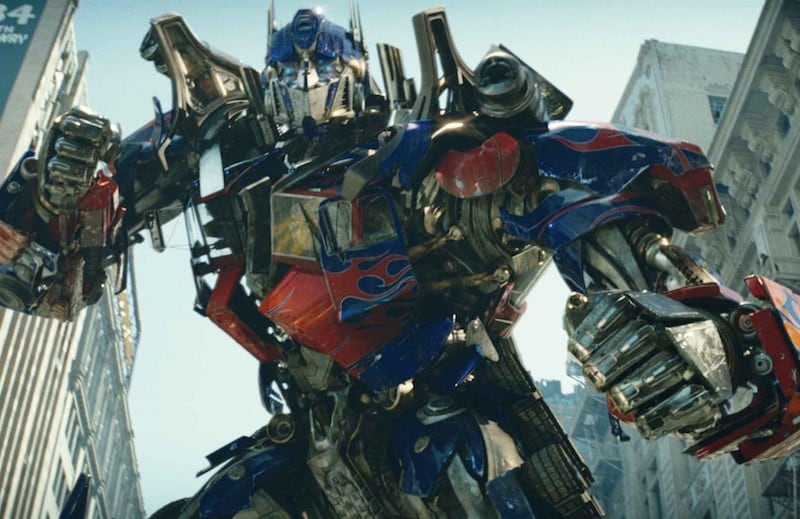 The various Autobots all got involved in the action, and the Decepticons were actually kind of intimidating. John Turturro can react to a CGI giant with enough emotion to make you believe it's really there, though here too the plot didn't make too much sense, and there was way too much time devoted to the human leads, unfortunately.

1. Transformers (1986)
Wait, did you not expect this? If so, then you're not a Transformers fan. The Last Knight doesn't make this list because we're still figuring out how we feel about it, relative to the rest of the series, but it certainly wouldn't be at the top of the list. On the other hand, the classic cartoon movie that came out in the 80s was one of the best things you'll ever see. 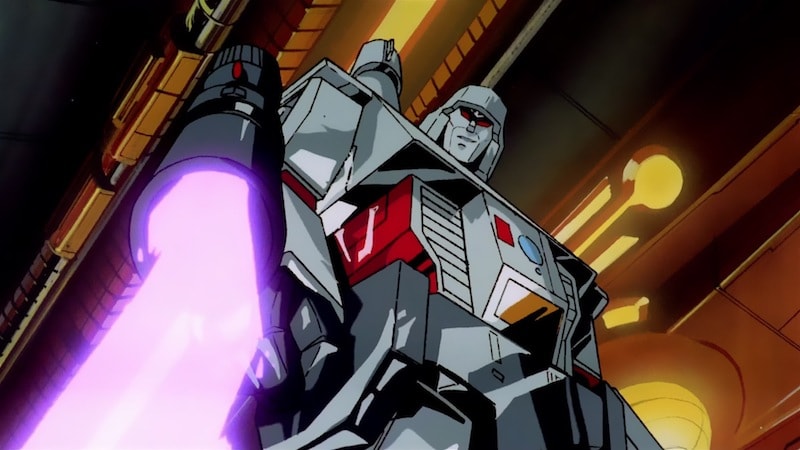 The animation looks dated and jumpy today, but despite that, if you're looking for some quality entertainment that features giant robots bashing the snot out of each other while turning into laser cannons and entire planets, then you just can't do better.

Also, it's worth pointing out that this is a Transformers movie that stars Grimlock, and does not waste him by giving him no lines. That alone would put this right on top of our list.

Bonus picks
Those are the various Transformers movies, but the Autobots and Decepticons have been slugging it out across a number of series and comics. But two of the best Transformers stories we've experienced were actually video games. Two games from the same series, as it happens.

Between the War for Cybertron and the Fall of Cybertron, which released in 2010 and 2012, you've got both a great pair of games that are a lot of fun to play, and also a pretty good Transformers story that is definitely worth following - so if you've got a PS3 or Xbox 360, give both games a try.

These are our picks, tell us yours via the comments.

Further reading: Transformers, Transformers 5, Michael Bay
Gopal Sathe Email Gopal Gopal Sathe is the editor of Gadgets 360. He also writes about gadgets, games, technology and society. Send him pitches for freelance stories, and give him feedback about how we&amprsquore doing! More
Post GST Impact: How Goods and Services Tax Will Affect Prices of Gadgets, Software, and IT Services
Qualcomm-Vivo Under-Display Fingerprint Sensor Technology Gives a Glimpse of the Future

Transformers Movies Ranked, From the Worst to the Best
Comment