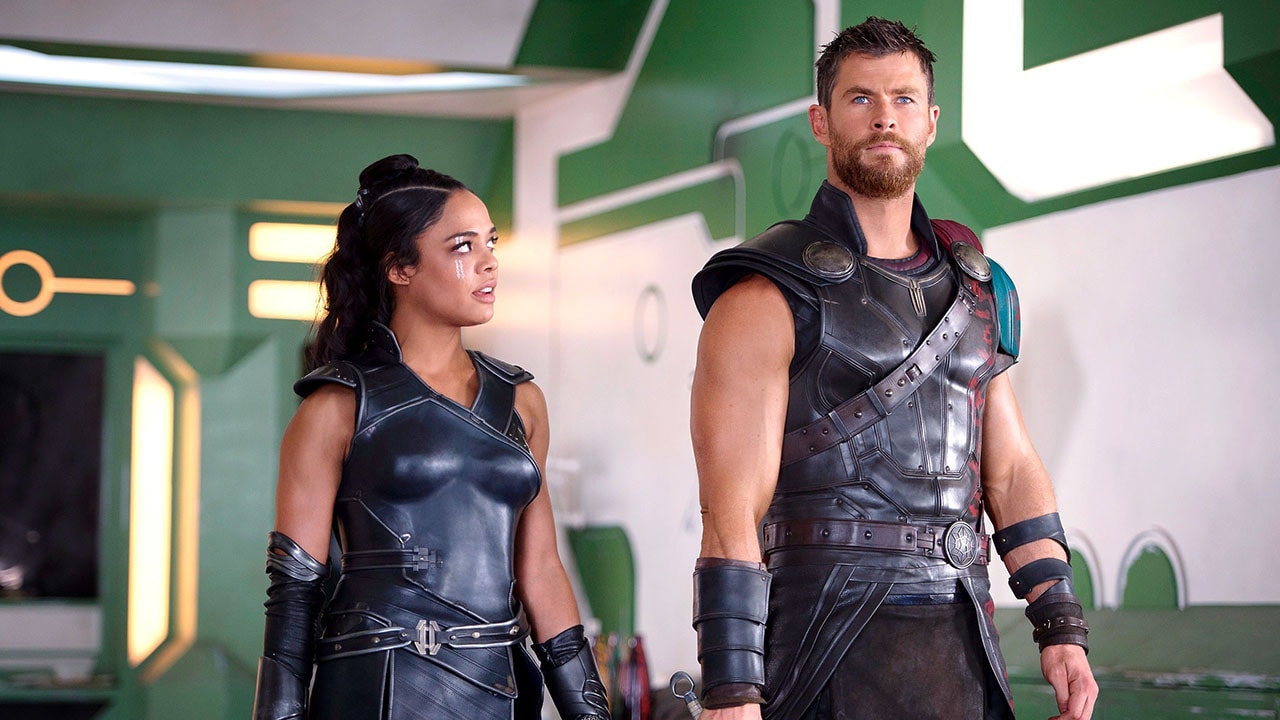 Last Friday, Variety reported that Tom Hanks has been cast in a new sci-fi film called Bios, which “follows a robot that lives on a post-apocalyptic earth”. His purpose is protect his dying creator’s (Hanks) beloved dog, through which he learns about love, friendship, and the meaning of human life. Miguel Sapochnik (Game of Thrones) is the director.

Netflix has tapped Olivia Colman (Broadchurch) to play Queen Elizabeth II in the third season of The Crown, replacing Claire Foy. This was always planned, as the series is supposed to cover six decades of the queen's life in six seasons. The Crown season 2 arrives December 8, which will be Foy’s last season.

In an interview with Indiewire, Twin Peaks co-creator Mark Frost teased the possibility of season four. “I think it’s still an open question and it’s one that we’re looking at and one that I think Showtime is musing as well,” he added.

On Tuesday, Netflix announced that it had stopped production on House of Cards season 6 – less than a day after it said that would be the last season – in the wake of sexual misconduct allegations against Kevin Spacey. The 58-year-old actor was accused by Star: Trek Discovery star Anthony Rapp, to which Spacey apologised and revealed himself as gay in the same statement, a move that was widely criticised as deflection against the allegations of abuse.

Disney has locked down the full cast for its CGI adaptation of The Lion King – from The Jungle Book director Jon Favreau – and it includes Beyoncé as Nala. We’ve already known about the other parts: Donald Grover as Simba, James Earl Jones returning as Mufasa, Chietwel Ejiofor as Scar, Alfre Woodard as Sarabi, John Oliver as Zazu, Seth Rogen as Pumbaa, and Billy Eichner as Timon, among others. The Lion King is out summer 2019.

Later that day, we got a new TV spot for Star Wars: The Last Jedi, with a new shot of Luke Skywalker in the cockpit of the Millennium Falcon, and a new ominous line from Snoke. The eighth chapter is out December 15.

Amazon gave us the first trailer for The Grand Tour season 2, along with a release date: December 8. The trio of Clarkson, May, and Hammond are up to their regular antics, with locations including Croatia, Switzerland, and Mozambique to name a few. Episodes will air weekly on Prime Video starting December 8.

Seth MacFarlane's sci-fi comedy The Orville, which debuted to mostly terrible reviews earlier this year, has been renewed for a second season nonetheless. The show has performed well in ratings though, so that explains Fox's decision. The Orville is currently eight episodes into its first year.

A reboot of The Twilight Zone is under development at CBS All Access, with the involvement of Get Out director Jordan Peele's Monkeypaw Productions, and The Defenders showrunner Marco Ramirez, according to THR. Though CBS talked about the first bit on its earnings call, it has refused to comment on the latter.

TV:
Alias Grace
Following the Emmy-winning The Handmaid’s Tale, another one of Margaret Atwood’s famous books – Alias Grace – has arrived on our screens as a six-episode mini-series inspired by the true story of a shocking double murder in a remote Canadian town in 1843. It’s loosely based on those events though, as Atwood constructed her own narrative.

Adapted by actor turned writer Sarah Polley (Away from Her), it follows Grace Marks (Sarah Gadon), a poor, young Irish immigrant convicted of the brutal murders. Sentenced to life imprisonment, she comes to be studied by a practitioner named Dr. Simon Jordan (Edward Holcroft), who would be considered a psychiatrist in our time.

Marks was later exonerated after 30 years in jail, and her conviction remains controversial. Reviews for the show have been favourable, with critics praising Gadon’s performance, and a reminder – just like The Handmaid’s Tale – of how easy it is for women to lose everything with a little conservative legislation.

Blue Planet II
A year after the ground-breaking Planet Earth II, BBC and David Attenborough return with Blue Planet II, a sequel to the 16-year-old original exploration of life in the oceans, which has been four years in the making. Thanks to newer technology, the new show has been able to capture wildlife behaviour that wouldn’t have been possible back then.

Filming for Blue Planet II took place in a total of 39 countries, with the crew spending 6,000 hours below the surface of water. As viewers, we’re getting seven hour-long weekly episodes between now and December. The first episode aired last Sunday in the UK, and it looked at tuskfish, giant trevallies, walruses, and bottlenose dolphins.

Later episodes will go deeper to the ocean bed, look at the endangered coral reefs, and even the consequences of plastic on marine life. Blue Planet II comes to India in February on Sony BBC Earth, or you can use a VPN to watch it on BBC iPlayer.

How to access: BBC iPlayer or other channels
Time commitment: 1 hour, weekly

The Girlfriend Experience
After a critically-acclaimed first season, creators Lodge Kerrigan and Amy Seimetz are ditching the setting and characters for two new stories that will run in parallel: one set in the political power circles of Washington D.C., and the other in New Mexico following a woman under the Witness Protection Program.

The former involves Anna Friel (Pushing Diasies) as a Republican super PAC finance director, and Louise Krause (Jane Wants a Boyfriend) as an escort who’s hired to blackmail a fundraiser but soon begins a relationship with Anna’s character. The latter storyline stars Carmen Ejogo (Fantastic Beasts) as a former escort under the WPP, who’s drawn to her former career and ends up putting herself and her step-daughter in danger.

Steven Soderbergh (Ocean’s trilogy, Magic Mike) still serves as producer for the series adapted from his film, and the hour-long weekly episodes will be split evenly between the two stories. There aren’t any reviews of the new season yet, but Kerrigan and Seimetz’s work with first season was notable.

Movies:
Thor: Ragnarok
The third solo chapter for the Asgardian god of thunder (Chris Hemsworth) finds him having his hammer shattered by Hela (Cate Blanchett), the goddess of death, and being deported to the planet of Sakaar, which is ruled by the Grandmaster (Jeff Goldblum), who loves gladiator games. There, he’s pitted against his old friend the Hulk (Mark Ruffalo), who’s been in his green avatar for two years.

Ragnarok is set after the events of Avengers: Age of Ultron, and parallel to those of Captain America: Civil War. The term comes from Norse mythology, as does most everything about Thor, and it means ‘the demise of the gods’. With Hela taking over Asgard, Thor must find a way back and stop her from bringing an end to his home.

The film also stars Anthony Hopkins, Benedict Cumberbatch, Idris Elba, Karl Urban, Taika Waititi (the director), Tessa Thompson, and Tom Hiddleston. We loved the film from start to finish, noting Waititi’s fresh approach to Marvel’s weakest and most serious superhero, and making it a comedy that treats its world-ending stakes as silly distractions.

How to access: Out in cinema halls
Time commitment: 2 hours and 10 minutes

Straight Outta Compton
F. Gary Gray made his name with this biopic of the gangsta rap group N.W.A., in what was one of the best films of 2015, thanks to his direction and the performances of its cast: O’Shea Jackson Jr. playing his father Ice Cube, Jason Mitchell as Eazy-E, Corey Hawkins as Dr. Dre, Aldis Hodge as MC Ren, and Neil Brown Jr. as DJ Yella.

The real Ice Cube and Dr. Dre served as producers on the film, which charted the creation of the group from the streets of Compton, California, a city infested with crime, drugs, and uncaring militarised police. N.W.A used the most powerful they had – their music – to stand up to the authorities, and expose the lives they were being forced to live.

Straight Outta Compton was a big hit commercially – $200 million on a $50 million budget – and with critics, who noted its pacing, the underdog element of the story, and seeing the context of the music’s lyrics.

How to access: Netflix
Time commitment: 2 hours and 26 minutes

Other mentions:
Showtime’s Shameless season 8 begins on Sunday in the US. It should come to Hotstar since Star India has a deal with CBS, though there’s no mention of it yet. All prior seasons are on Amazon Prime Video, meanwhile.

If you’re looking for Netflix options, we have a monthly guide. One of this week’s highlights include A Street Cat Named Bob, the true story of an unlikely friendship between a homeless busker and stray ginger cat.

Michael Jackson’s This is It concert film, which offers a private look at the late singer between March-June 2009 while he was preparing his final show at London’s O2 Arena, is now on Amazon Prime Video. It was made from over 100 hours of footage.

Pixar’s Cars 3 – a still-average but better instalment than its predecessor – is now on Google Play Movies. Meanwhile, Orphan Black’s full series set is now on Blu-ray, since the final season is over. Tatiana Maslany finally won an Emmy in 2016 for her leading work.

Video games:
Call of Duty: WWII
After going to the future and space in recent entries, Call of Duty is headed back to its roots with its fourteenth instalment: World War II. Gone are the double jumps and wall runs too, you’re now a humble soldier of the 16th Infantry Regiment in the First Infantry Division. There’s no health regeneration in the campaign too, and you must rely on medics to give you health packs.

Sledgehammer Games co-founder Michael Condrey wanted it to feel like Band of Brothers, so the single-player action takes place in the European theatre of war. You will get to relive historic battles, including the Invasion of Normandy (D-Day), Liberation of Paris, Battle of Aachen, Battle of Hürtgen Forest and Battle of the Bulge, all of which take part between 1944-45.

In multiplayer, you’ll be randomly assigned to Allies or Axis though you can choose out of five divisions: Infantry, Airborne, Armoured, Mountain, and Expeditionary. The Nazi Zombies mode is present too, which has an alternate history story of its own, based on some real events. We gave it a 7/10 in our review, noting the campaign and zombie mode as highlights.

How to access: PlayStation 4, Xbox One, and Steam for PC
Time commitment: 8 hours for single-player campaign