The X-Files, Fight Club, and More – The Weekend Chill

Last Friday, Syfy gave us a new image and premiere date for Krypton, the Superman prequel series set on his native planet about 200 years before his birth. It’ll arrive March 21.

Over the weekend, John Williams revealed in an interview that he’d be composing a theme for Solo: A Star Wars Story. The rest of the score is still being handled by John Powell. The standalone Han Solo film releases May 25.

Later that day, Paramount announced that the next Cloverfield movie – which may or may not be called God Particle – has been moved back to April 20 from February. The film stars Daniel Brühl, Elizabeth Debicki, and Gugu Mbatha-Raw among others.

On Wednesday, Netflix said that a Bright sequel is in the works, with stars Will Smith and Joel Edgerton along with director David Ayer all attached. This confirms the Bloomberg report from two weeks ago.

TV:
The X-Files
Gillian Anderson and David Duchovny reprise their roles as FBI special agents for an eleventh year in the second year of the show's revival era, whose rating success (despite negative critical reception) convinced Fox to greenlit a 10-episode new season. The premiere and finale will focus on the long-arc storyline, with the other episodes being standalone.

The X-Files season 1 has gotten average to good reviews from critics, with Vox’s Todd VanDerWerff surprised “how rejuvenated it feels”, and terming it “a damn sight better than the 2016 one”. Uproxx’s Alan Sepinwall concurred with VanDerWerff that it’s not anywhere near its season-three peak, but “it’s much better than it has any business being, particularly given what we got two years ago”. 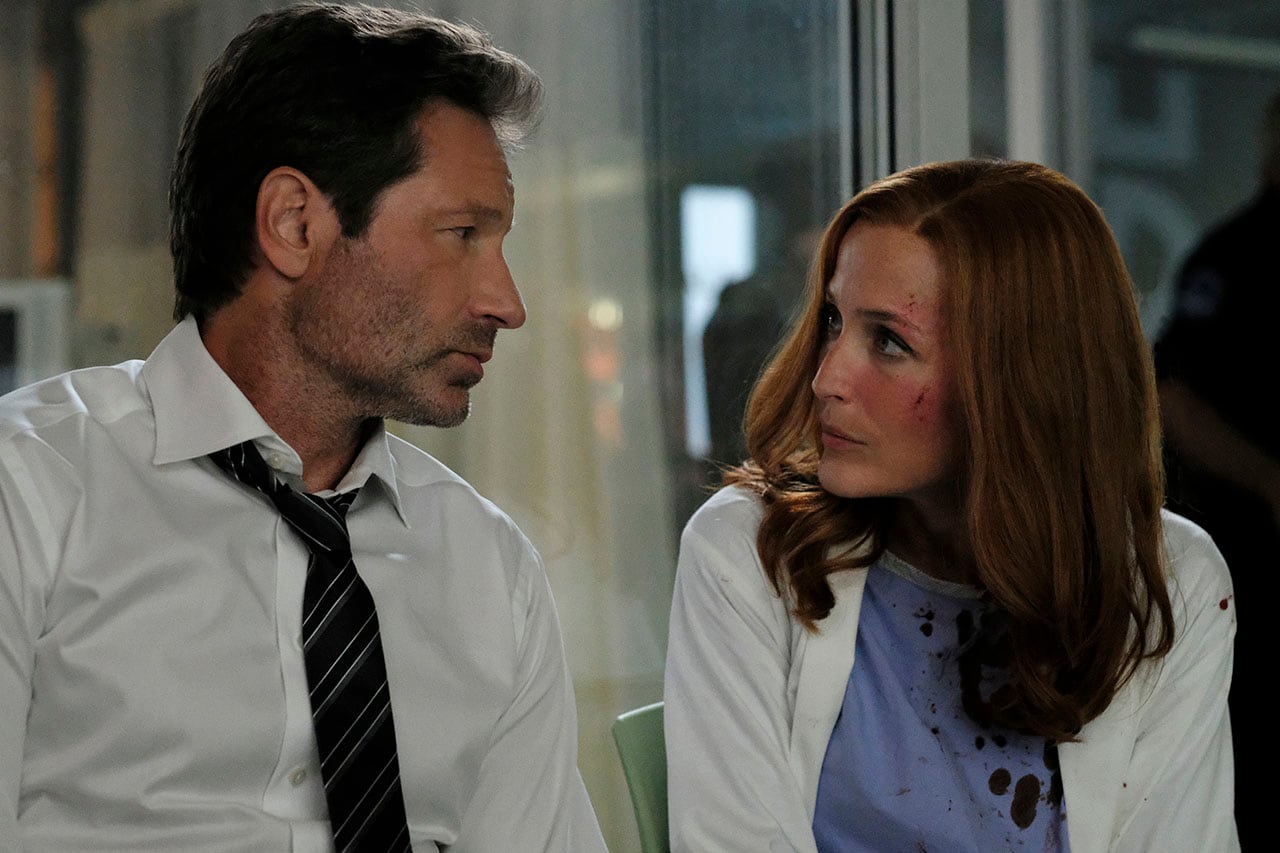 Grown-ish
In the penultimate episode of the third season of ABC’s popular African-American family sitcom Black-ish, the eldest daughter Zoey Johnson (Yar Shahidi) went off to college. Usually, audiences would just see less of her from the next season – as has become the case with the ongoing season 4 – but here, she’s gotten her own spin-off.

Reviews for the show’s first season – critics have seen a few episode – are mostly positive, with EW’s Dana Schwartz praising Shahidi’s chemistry with her Latina Republican roommate Ana (Raisa) and the snappy dialogue, while Variety’s Maureen Ryan called it “a smart, breezy expansion of the Black-ish family”.

Rotten
Do you like true crime shows and are concerned about food production? This Netflix original documentary series is tailored especially for you then. Rotten focuses on the growing global food industry, exposing the corruption, waste and dangers of your everyday eating habits. “The food industry is under full-scale assault,” the trailer narrates. “The crisis is global.”

Episodes will look at the honey industry – a scam known as Honeygate that involved smuggling in inferior honey from China via Australia to the US – alongside the rise of severe food allergies, chicken farms, organic and unpasteurized milk, and regulation of the fishing industry. The show comes from the same production company that regularly collaborates with Anthony Bourdain.

“In a world where huge global supply-chains are increasingly intertwined and consolidated, this series starts on your dinner plate... and follows the money to the shocking consequences – intended or not – of regulation, innovation and greed,” Netflix’s official description for Rotten reads.

Movies:
Fight Club
We’re going to talk about Fight Club (sorry). The film that gave the world’s youth endlessly-quotable lines, that gave the generation some good values and some screwed-up ones, and that inspired foolish individuals to start their own fight clubs, completely missing the point the film – directed by David Fincher, and based on Chuck Palahniuk’s novel – was trying to make.

For the unaware, Fight Club stars Edward Norton as the unnamed protagonist and narrator, who’s disgruntled with his white-collar job. He visits support groups for terminal disease patients just to have someone to talk to. He meets Brad Pitt’s soap salesman on a flight one day, and starts a “fight club” with him, where they organise bare-knuckle boxing matches for people like them.

Fight Club was one of the most controversial films of the year in 1999, and though it received polarising reception from critics, it has gone on to become one of the greatest films of its time. Pitt’s acting, Fincher’s work, and the anti-consumerism message make it a must-watch.

L.A. Confidential
Two decades on, it’s still a surprise that L.A. Confidential – a brilliantly written, powerfully acted, and gritty depiction of 1953 Los Angeles mixing police corruption and Hollywood – lost most Oscar categories it was nominated in to Titanic. (If you love Titanic, please go away.) But it did pick up two very well-deserved awards, Best Screenplay and Kim Basinger for Best Supporting Actress.

Basinger plays a call girl who looks a lot like a popular film star, and she becomes central to an investigation into a multiple murder at a coffee shop after two detectives – Bud White (Russell Crowe) and Ed Exley (Guy Pearce) – discover ties to the call girl service operator. The film also stars Kevin Spacey as a “Hollywood” detective, so whether that influences your decision to watch it given the recent revelations, is up to you.

L.A. Confidential is one of the best films of its era, with a 99 percent fresh rating on Rotten Tomatoes, and a 90 score on Metacritic. It’s dark, cynical, pessimistic and twisted, and it manages to craft compelling characters and wade into their psychology, while still being a taut crime thriller.

Fantastic Mr. Fox
Wes Anderson has a new stop-motion animated feature on the way, and his previous venture – a comedy based on Roald Dahl’s children’s book about a fox who steals food from three mean and wealthy farmers – is a fantastic (pardon us) family adventure all-around. It’s also got a terrific voice cast: George Clooney, Meryl Streep, Bill Murray, Willem Dafoe, and Owen Wilson among others.

Clooney and Streep voice Mr. and Mrs. Fox, who’ve built a peaceful life for themselves after time as thieves. But after 12 years, Mr. Fox’s animal instincts pull him back into his old life as a chicken thief, which puts not just his family but the whole animal community at risk. The farmers are determined to catch him at any cost, which forces the Foxes underground.

Fantastic Mr. Fox is a whole-hearted funny romp for people of all ages, full of personality, charm, wit and emotional undercurrents, and brought to life beautifully by set designers and animation directors, alongside a wonderful score by Alexandre Desplat.

Other mentions:
For those who’ve seen every movie listed above, and want something more recent, there are a few choices on Blu-ray: the Tom Cruise-starrer American Made, based on the true story of a pilot who became a drug smuggler for the Medellín Cartel in the 80s; Emma Stone and Steve Carrell in Battle of the Sexes, which is loosely based on the 1973 tennis match between Billie Jean King and Bobby Riggs; and Ben Stiller in Brad’s Status, where he re-examines his life while on a college tour with his son.

If you’re on the lookout for more new TV, Showtime has a coming-of-age drama from Lena Waithe – Emmy-winner with Aziz Ansari for Master of None season 2’s “Thanksgiving” episode – called The Chi, with rapper Common as an executive producer. It’s set in the South Side of Chicago with Jason Mitchell (Straight Outta Compton) in the lead, who dreams of opening a restaurant. It starts Sunday in the US, and might be available on Hotstar in India, given the latter’s deal with CBS.

There’s also BBC One mini-series McMafia, inspired by journalist Misha Glenny’s book of the same name, which focuses on the British-raised son of a Russian mafia boss who’s trying to get away from the family business. You can watch it via BBC iPlayer.

Star Trek: Discovery, Comedians in Cars Getting Coffee, One Day at a Time, and More on Netflix in January

Beyond that, given it’s the start of the month (and year), all streaming services have added tons of new content. On Netflix, you can find the third season of Jane the Virgin; the first and only season of One Punch Man, the anime about a superhero who can kill anyone with one blow and how that depresses him, and both versions of Fullmetal Alchemist, the 2003 one that was made before the manga was complete, and the 2009 edition Brotherhood that’s more faithful to the source material.

Meanwhile, Hotstar now has every single episode of The X-Files, starting from the first episode in 1993 to the latest one that came out this week (as mentioned earlier). It has also brought back The Wire – one of the greatest series of all-time – in addition to all nine seasons of 24, and all 12 seasons of Bones.

The X-Files, Fight Club, and More – The Weekend Chill
Comment