The Staircase, Marvel's Cloak & Dagger, and More – The Weekend Chill 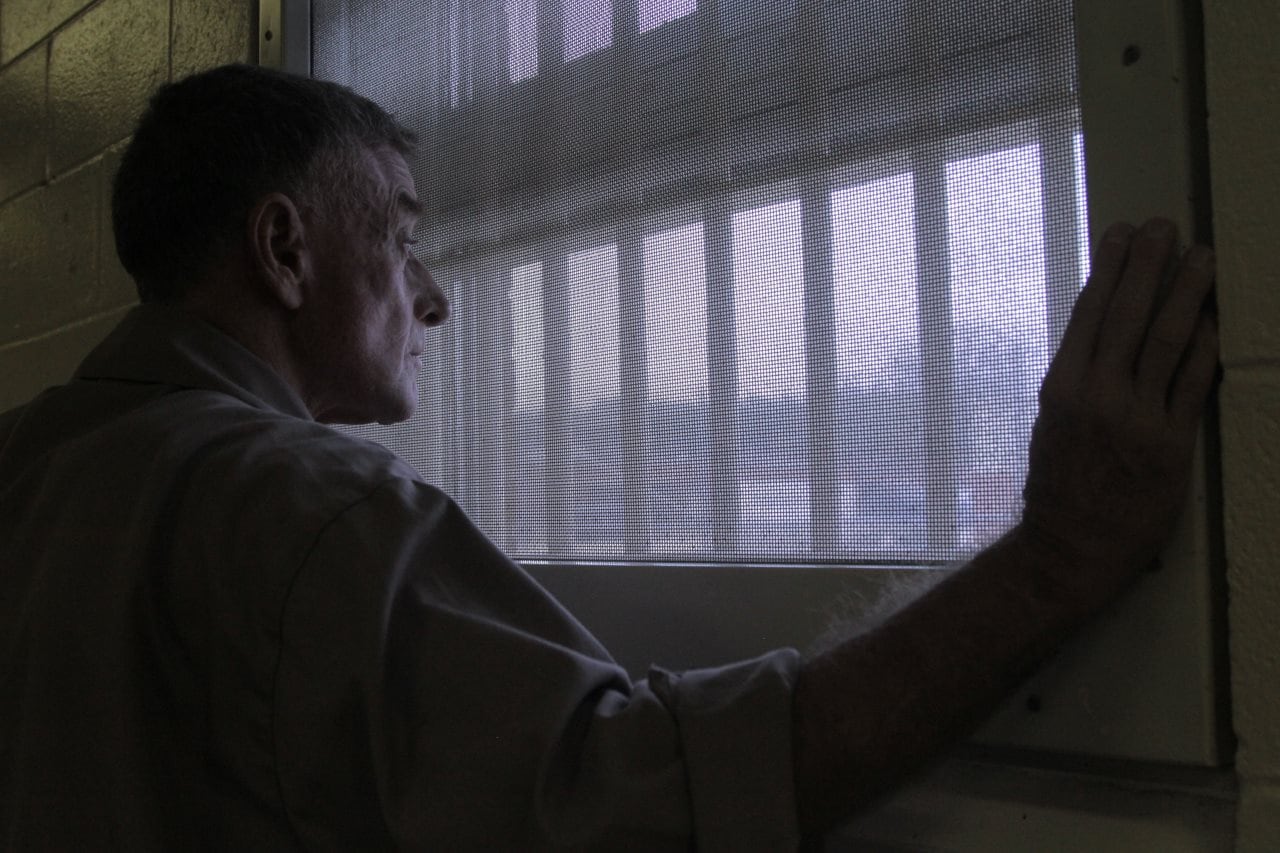 On Tuesday, we got the the first teaser for Transformers spin-off Bumblebee, which will release December 21; and The Lego Movie 2, which is slated for February 2019. Tuesday also brought a full-length trailer for Netflix’s first Indian original, Sacred Games. Also that day, Variety brought word that Warner Bros. is developing a standalone Joker film with Jared Leto, adding to the other Joker projects already in the pipeline.

On Wednesday, Sony unveiled a new look at its animated entry, Spider-Man: Into the Spider-Verse, which will hit theatres December 14. And later that day, a new report said Apple had ordered a half-hour romantic comedy-drama called Little Voice, from J.J. Abrams and Sara Bareilles.

Thursday brought the first trailer for How to Train Your Dragon 3, which has a release date of March 2019. Lastly, Apple has won the bidding rights for a drama series based on the novel Shantaram, which is partly set in 1980s Bombay.

TV:
The Staircase
Jean-Xavier de Lestrade won a Peabody Award in 2005 for his eight-part documentary Soupçons, examining the trial of American author Michael Peterson – he was accused of killing his wife Kathleen Peterson but has always maintained his innocence, claiming she merely fell down the stairs – through his extended family, the defence attorneys, and the court room.

In 2013, Lestrade released a short follow-up (two episodes) after Peterson was released from jail. In late 2015, he began work on a second follow-up that focuses on Peterson’s newest legal battles, which Netflix has picked up as three new episodes. The streaming service released all 13 episodes on Friday, which has debuted to rave reviews.

The New York Times’ Maureen Ryan called it “one of the finest examples of [the true crime] genre”; Wall Street Journal’s John Anderson termed it “consistently, understatedly astounding” and The A.V. Club’s Katie Rife said it’s the “ambiguity, the fact that two people can watch the same series and come away with different conclusions, [that] is ultimately to The Staircase’s credit”.

How to access: Netflix
Time commitment: 10 hours and 28 minutes

Marvel’s Cloak & Dagger
The Marvel universe expands further with this New Orleans-set coming-of-age drama, following two teenagers from different backgrounds, Tandy Bowen (Olivia Holt) and Tyrone Johnson (Aubrey Joseph) who acquire superpowers while forming a romantic relationship. They soon discover their superpowers are linked and work better together. Things start to complicate as their feelings grow for each other.

Created by Joe Pokaski (Heroes, Daredevil), Johnson is the character Cloak, whose ability includes engulfing people in darkness and transporting them through the Darkforce dimension; while Bowen is Dagger, having the ability to shoot light daggers. Cloak & Dagger also stars Andrea Roth, Gloria Reuben, Miles Mussenden, Emma Lahana, Jaime Zevallos, and J.D. Evermore. It premiered Thursday, and will air new episodes for the next nine weeks.

Reviews are mostly positive. Entertainment Weekly’s Darren Franich said it’s slightly derivative but “finds a new groove when Tyrone and Tandy start talking, [who] have a nice rhythm”. The Hollywood Reporter’s Dan Fienberg praised “the structure and editing and overall environment” and added “there's plenty to keep [you] watching with some enthusiasm”.

How to access: Freeform or Amazon Video US
Time commitment: 45 minutes, weekly

Movies:
Thoroughbreds
Olivia Cooke (Ready Player One), Anna Taylor-Joy (Split), and Anton Yelchin (Star Trek) star in this black comedy thriller about two childhood friends Lily (Taylor-Joy) and Amanda (Cooke) who reconnect in suburban Connecticut after years of growing apart. While Lily is an upper-class fancy boarding school teenager, Amanda is on the verge of being a social outcast.

Lily's contempt for her oppressive stepfather, Mark (Paul Sparks), brings the two together, and their destructive tendencies leads them to hire a local hustler and drug dealer Tim (Yelchin) to kill Mark. Things goes wary after Tim backs out at the last minute, forcing Lily and Amanda to take matters into their own hands. After a Sundance premiere and limited release, Thoroughbreds is now available for purchase on Blu-ray and digital.

Reviews are mostly positive. IndieWire’s David Ehrlich called it “a dark and pointed piece of work that depends on the delicacy with which someone can thread the needle between Hitchcockian suspense and capitalistic venom” while Empire’s Andrew Lowry noted it has a poor finish but is still a great “calling card for Cory Finley”, making his directorial debut.

How to access: Amazon US, Amazon Video US, Google Play US, iTunes US, or YouTube US
Time commitment: 1 hour and 32 minutes

Other mentions:
We can’t really recommend it, but if you’re a fan of big-budgeted dinosaur action, Jurassic World: Fallen Kingdom is now in theatres across India. The sequel tries to be darker with its themes, drawing parallels with animal experimentation and poaching, but that detracts from the dinosaur thrills – of which very few are genuinely thrilling, unfortunately – audiences are there for.

Over in the world of streaming, Netflix added 2012’s The Avengers, the Toy Story trilogy, and Pixar’s Up this week. And if you’d like to know more about Dr. William Marston, the Harvard psychologist who helped invent the modern lie detector test and created Wonder Woman in 1941, a movie based on his life – Professor Marston and the Wonder Women – is now available on Hooq for rent.

The excuse for everyone coming together is a singularity called the Phantom Field, which blends the reality of BlazBlue with the other worlds. Available characters include Ragna, Jin, Rachel, Hazama, Noel, Azrael, Tager, Makoto and more from BlazBlue; Yu, Yosuke, Chie, and Yukiko from Persona; Hyde, Linne, Waldstein, and Gordeau from Under Night In-Birth; and Ruby, Weiss, Blake, and Yang who form the acronym RWBY.

In our review of BlazBlue: Cross Tag Battle, we praised the game for its gorgeous presentation, a fun story mode, being accessible for newcomers, and having in-depth stuff for fighting game veterans. We weren’t so pleased with the game’s online play and presentation on Switch, which we felt could use some improvement.

How to access: PlayStation 4, Nintendo Switch, and Steam for PC
Time commitment: As much as you want, really

Other mentions:
If you like arcade racing games, check out Onrush on PS4 and Xbox One, which has a 78 score on Metacritic from 32 critics. You get to “race, smash and takedown your opponents” in “vibrant, multi-layered, landscapes”.

On the Nintendo 3DS and Switch, there’s an action puzzle title in Sushi Striker: The Way of Sushido, which has good reviews, scoring an aggregate 77 on Metacritic from 22 reviews. In the game, you’ve to match plates of sushi on conveyors belts. Your character gobbles the sushi and throws the plate at the enemy to decrease their health and win.

Music:
God’s Favorite Customer by Father John Misty
Written during a six-week period while he was living in a hotel, God’s Favorite Customer is Josh Tillman’s fourth album under his moniker Father John Misty, announced while touring in Australia for his previous album last year. In interviews during the intervening months, Tillman revealed it was about “heartache” and “misadventure”, inspired by a major life event.

Meanwhile, Variety’s Chris Willman said: “With material this timeless, it’s no wonder Tillman has wide enough appeal to co-headline the Hollywood Bowl: Classic-rock oldsters and the Pitchfork generation can both hold him up as a gold standard. An album this good is its own happy ending.”

Hell-On by Neko Case
Though Neko Case has worked with others on group efforts, Hell-On is her first solo album in over half a decade. Recorded largely in Stockholm, self-produced and co-produced by Björn Yttling in parts, it features contributions from the likes of Eric Bachmann, Joey Burns, Beth Ditto, Doug Gillard, Kelly Hogan, Mark Lanegan, AC Newman, k.d. Lang, and Laura Veirs.

It’s been well-received. Writing for Exclaim, Sarah Greene called it “incredibly dense and eclectic; each moment sonically plays up Case's lyrics and her inimitable delivery -- which can turn from tough to vulnerable, to casually wry and to siren-esque within a few lines. It's chock full of delicious attention to detail.”

AllMusic’s Mark Deming said it’s “an ideal showcase for [Case’s] talents as a vocalist, songwriter, and producer; it's lush but intimate, and one of the strongest and most satisfying records she's delivered to date. Which, given her catalogue, says a great deal.”

The Future and the Past by Natalie Prass
After her eponymous debut album found a place in Pitchfork’s Best New Albums in 2015, Virginia-based singer-songwriter Natalie Prass is back with her second release. Produced with Mathew E. White, The Future and the Past comes on the back of three singles released in the past few months, with “Short Court Style” being a highlight.

The full 12-track album has gotten the thumbs-up from most critics. Writing for Consequence of Sound, Tyler Clark said: “Faced with the unexpected, Prass evolved, trading inward-facing confessionalism for outward-facing perseverance and releasing one of 2018’s minor masterpieces in the process. Plus, you can most certainly dance to it.”

Guia Cortassa of The Quietus’ thinks Prass’ talent for “writing great ballads à la Dusty Springfield is still evident, too, on ‘Lost’ and, of course, ‘Far From You’ -- completing the sonic palette of a magnificent pop album.”

Crackdown 3 for Xbox One and Windows 10 Delayed to 2019: Microsoft
Apple Said to Warn Suppliers of Lower Parts Orders for New iPhone Models