Inside Edge, Crisis on Infinite Earths, and More: December 2019 TV Guide to Netflix, Amazon, and Hotstar

(L-R): The Flash, Lost in Space, and Inside Edge

The return of The Crown — with new faces playing older versions of the British royal family and politicians in season 3 — was the highlight of November, as it made room for the ensemble cast to shine alongside Queen Elizabeth II. Closer to home, the millennial comedy-drama Little Things delivered a season 3 of its own, which also branched out even as it relied on the protagonists' lens to do so. Elsewhere in November, new entrants Apple TV+ and Disney+ gave us a look at their first offerings. The former largely disappointed, and though the latter isn't officially available in India, that wouldn't have stopped Star Wars fans from getting their hands on The Mandalorian.

November also gave us the John Krasinski-starrer reboot of Jack Ryan, which found its focus in a slightly-improved second season, while Rick and Morty began its fourth season, though it won't arrive in India until mid-December. An exact release date is unknown. But speaking of December, we have the return of the period comedy-drama The Marvelous Mrs. Maisel to look forward to, in addition to the start of the Henry Cavill-starrer epic fantasy The Witcher and the DC superhero crossover event “Crisis on Infinite Earths”. And oh, The Expanse is back as well, having got a second lease on life.

When: December 6
Where: Netflix

In the early eighties, Henry Lee Lucas confessed to hundreds of murders after he was arrested on charges of murdering two. For the American police, this was a godsend, as they got to clear the books. But when investigative journalists looked into the matter, they found that it would have been impossible for him to commit most of them. Additionally, DNA testing began contradicting his claims. This five-part true-crime docu-series looks at Lucas and a flawed American justice system.

When: December 6
Where: Amazon Prime Video

Nearly two and a half years since its debut, Amazon's first Indian original series — providing an inside look at a fictionalised version of the Twenty20 cricket tournament Indian Premier League through the eyes of the various power-players — is back. Hopefully, season 2 will be better than the horror show that was season 1, which laughably landed a nomination at the International Emmys. Vivek Oberoi, Richa Chadha, and Siddhant Chaturvedi return, joined by Aamir Bashir and Sapna Pabbi.

Watch the First Trailer for Inside Edge Season 2

When: December 6
Where: Amazon Prime Video

The serial Emmy- and Golden Globe-winning series is back for its third season that finds our charming comedian protagonist, Midge (Rachel Brosnahan), now in the big leagues as she tours the US and Europe with her manager, Susie (Alex Borstein). There's no sign of Dr. Benjamin (Zachary Levi) in the trailer but Joel (Michael Zegen) is still around, so that's a bit of a giveaway for what happened at the end of the second season. Sterling K. Brown will appear in the Las Vegas part of Midge's tour.

When: December 6
Where: Apple TV+

Two decades after journalist-podcaster Poppy Parnell (Octavia Spencer) became famous for helping put a man (Aaron Paul) behind bars for the murder of a father of twin girls (Lizzy Caplan), new evidence forces her to reexamine the case in a new light. Based on Kathleen Barber's novel, “Are You Sleeping”, and adapted by Justified writer Nichelle Tramble Spellman. Reese Witherspoon is an executive producer, while Serial podcast host Sarah Koenig is a consultant.

For its annual Arrowverse crossover event, the world of DC Comics is going bigger than ever, with five episodes bringing in cast members from six ongoing series — Arrow, The Flash, Supergirl, Legends of Tomorrow, Black Lightning, and Batwoman — and two prior ones in Smallville and Birds of Prey. All shows are too deep into their run for casual viewers, but feel free to tune if that doesn't bother you and you just want to catch a glimpse of Superman or the Martian Manhunter.

Here's the setup. “Crisis on Infinite Earths” begins in an episode of Supergirl, followed by Batwoman and The Flash in the same week. Arrow and Legends of Tomorrow will follow in mid-January. In India, Batwoman is the only series not on streaming, with the others available on Hotstar the day after they air. If you want to catch the whole thing on TV, then it's Supergirl on Zee Café, Batwoman and The Flash on Colors Infinity on December 11, and Arrow and Legends on Tomorrow on Colors Infinity on January 15.

When: December 13
Where: Amazon Prime Video

A year and a half after being cancelled by its original US broadcaster in Syfy, The Expanse returns for its fourth season as an Amazon original now. (In India, it was available on Netflix earlier.) It finds the characters in a whole new world as well, thanks to the game-changing events of the season 3 finale that opened access to thousands of new planets. For the Rocinante crew, there's a new conflict to solve on a new planet called Ilus, where the protomolecule is also present.

And oh, don't fear another cancellation as Amazon has already renewed the show for a fifth season.

When: December 20
Where: Netflix

Still reeling from Game of Thrones withdrawal? A new contender emerges. Henry Cavill stars as monster hunter Geralt of Rivia in this live-action series adaptation of Andrzej Sapkowski's book series, which is better known for the video game series it spawned earlier. Cavill will be joined by a powerful sorceress Yennefer of Vengerberg (Anya Chalotra) and a young princess (Freya Allan) with a secret. Already renewed for season 2, though it won't arrive until 2021.

Watch the New Trailer for The Witcher

When: December 23
Where: Sony BBC Earth

On the back of Planet Earth II and Blue Planet II, Sir David Attenborough — and BBC's acclaimed natural history documentary team — return with a new series that devotes one episode each to the seven continents of our planet. Seven Worlds, One Planet looks at how the break-up of the supercontinent, Pangaea, gave rise to distinct terrain and in turn, unique animal life, from brightly-coloured Sarada lizards in India to pumas and Andean bears in South America. Hans Zimmer composes.

When: December 24
Where: Netflix

After a mediocre first season, the modern-day reimagining of the 1965 eponymous series returns with the Robinsons — Maureen (Molly Parker), John (Toby Stephens), and their kids Judy (Taylor Russell), Penny (Mina Sundwall), and Will (Maxwell Jenkins) — now stranded on a new planet, where they are looking for the Robot, whose fate is more or less confirmed in the trailer below. It also promises more sci-fi wonders and monsters.

When: December 26
Where: Netflix

It failed on its original network but was a 40-million hit on Netflix — supposedly — which is why it returns as a Netflix original. Having kicked off conversations around sympathising with and romanticisation of stalkers and serial killer in season 1, it will no doubt more of that with a Los Angeles-set season 2 where Joe Goldberg (Penn Badgley) lays his eyes on aspiring chef Love Quinn (Victoria Pedretti), a woman who's not on social media. 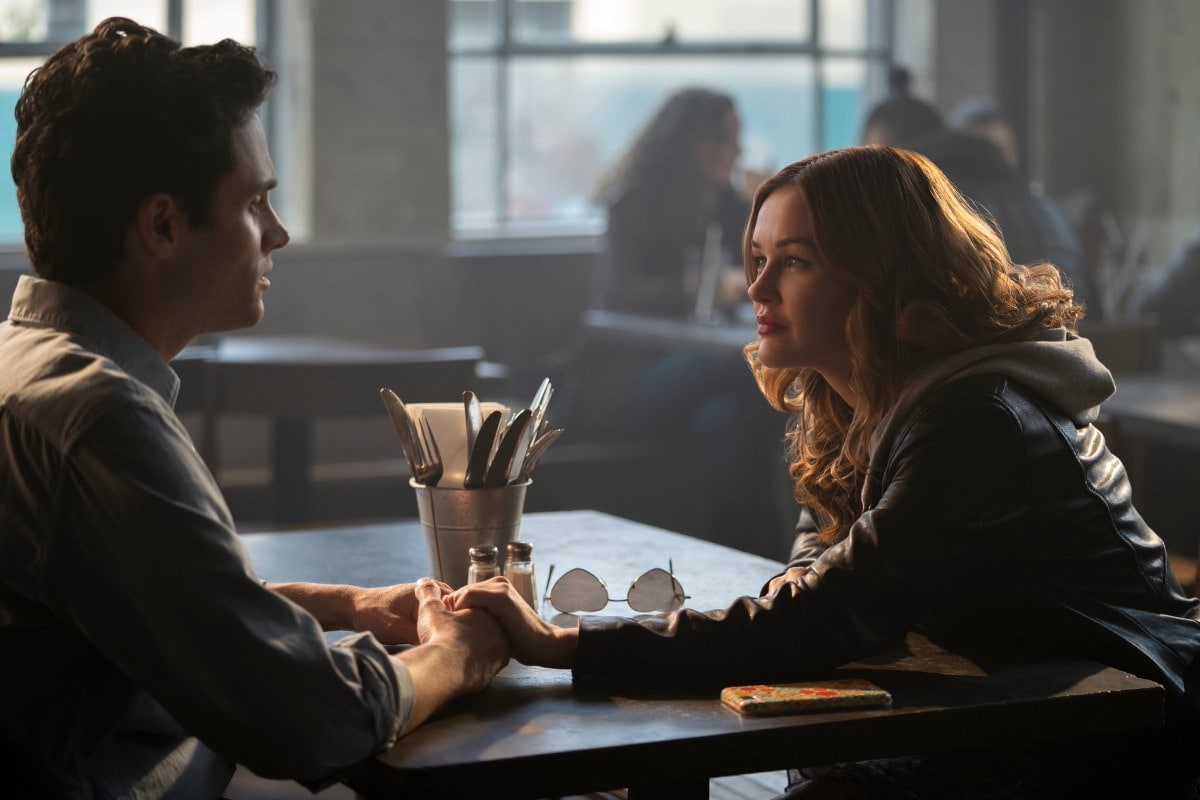 We'll have a detailed round-up of upcoming TV shows each month, but we do know a fair bit about the future already.