The Expanse Offers a Prescient Take on Earth's Future

In eighteenth-century France, upon hearing that the peasants were facing a severe shortage of bread, Queen Marie Antoinette is supposed to have said something along the lines of “Then let them eat brioche”. The phrase has since been proven to be misattributed – its origin in French philosopher Jean-Jacques Rousseau’s autobiography was unspecific, and didn’t match the dates – but it still serves as a reliable reminder of how people from comfort and money can feel completely isolated from the problems of those without.

The Expanse, a mystery sci-fi TV series set in a future where humans have colonised the Solar System, shares part of those same problems. The show’s events, based on a series of books written by James S A Corey – a joint pen name for writers Daniel Abraham and Ty Franck – take place over two hundred years from our time, mostly across three different societies living millions of miles away from each other. But the show is still strikingly relevant, and even prescient in other matters.

The first of the societies it features is Earth, a utopia whose 30 billion citizens have it all – open skies, free drugs, and guaranteed basic income. It’s governed by a more unified and more powerful version of the United Nations, whose political authority and military might be matched only by the rival superpower on Mars. Owing to the lack of an atmosphere, the Martians have never known the joys of life enjoyed by Earthers, which is why terraforming remains their goal. Their advantage in science and technology over Earth lies at the crux of justifying their importance to matters in the system, known as Sol in the show’s universe.

It’s the third faction, though, that forms the heart of The Expanse’s socioeconomic allegories. Most of the impoverished working class population resides on man-made stations in the Asteroid Belt that exists between Mars and Jupiter. They are known as Belters, and their function is to operate facilities and provide goods to Earth and Mars by space mining. But they themselves have little to go on. Water is heavily rationed in the Belt, and the decreased gravity has resulted in physical differences to their bodies, which has invited dehumanising comments from their planetary neighbours. Humans may have left Earth, but racism sure hasn’t. 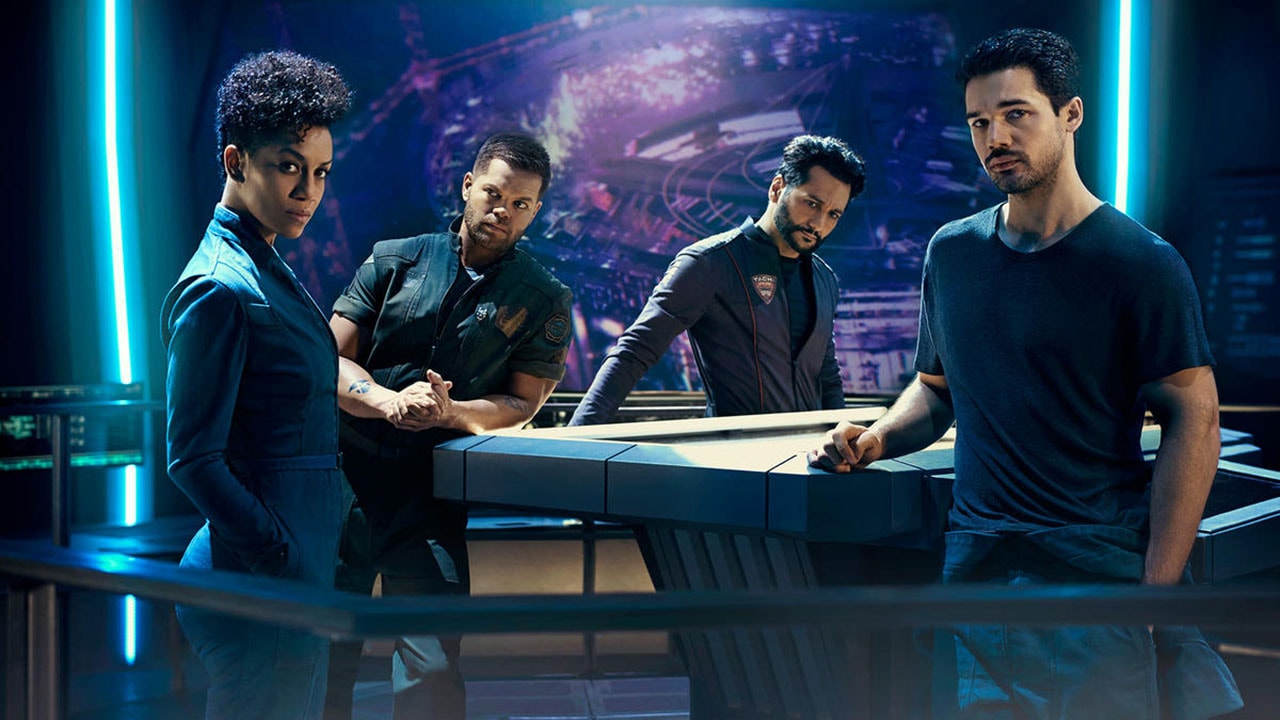 The conditions they work and live in has forced Belters to come together and create the Outer Planets Alliance (OPA), a militarised version of a union, which seeks to wrest control of the Belt from the two Sol superpowers, in a bid to promote their own interests. For the Belters, the twenty-third-century French peasants so to speak, it’s their equivalent demand of the French Revolution of 1789. For the ruling class of Earth and Mars, they are evidently terrorists. Unfortunately, the working class lack both the numbers and the resources to take on their oppressors.

The issues regarding class conflict have always been prevalent to human society, but their presentation in The Expanse – by showrunners Mark Fergus, Hawk Ostby, and Naren Shankar, with help from the authors Abraham and Franck – benefits from a dual principle. Firstly, everything in the show is seen from the eyes of planetary origin; characters identify with where they’re from – Earth, Mars, or the Belt – which untangles the problem that other works of adaptation must face, that of already existing parties.

And thanks to the source material, the show easily has one of the most diverse casts on television right now, that casually walk over stereotypes without so much of a glance. One of the three chief characters in The Expanse is Chrisjen Avasarala, a high-ranking Indian official in the United Nations. She’s played by Iranian-American actress Shohreh Aghdashloo, and she wears her culture proudly through the episodes – be it a sari, salwar kameez, or heavy use of Indian embroidery. For the role of Naomi Nagata, an engineer of Japanese origin born in the Belt, the show’s creators chose Dominique Tipper, a singer and dancer of British-Dominican ancestry. In a notable scene that has little impact on the show itself, it’s Nagata that’s doing heavy work on ship machinery, while a white male character – Steven Strait as Jim Holden – hands her the tools. 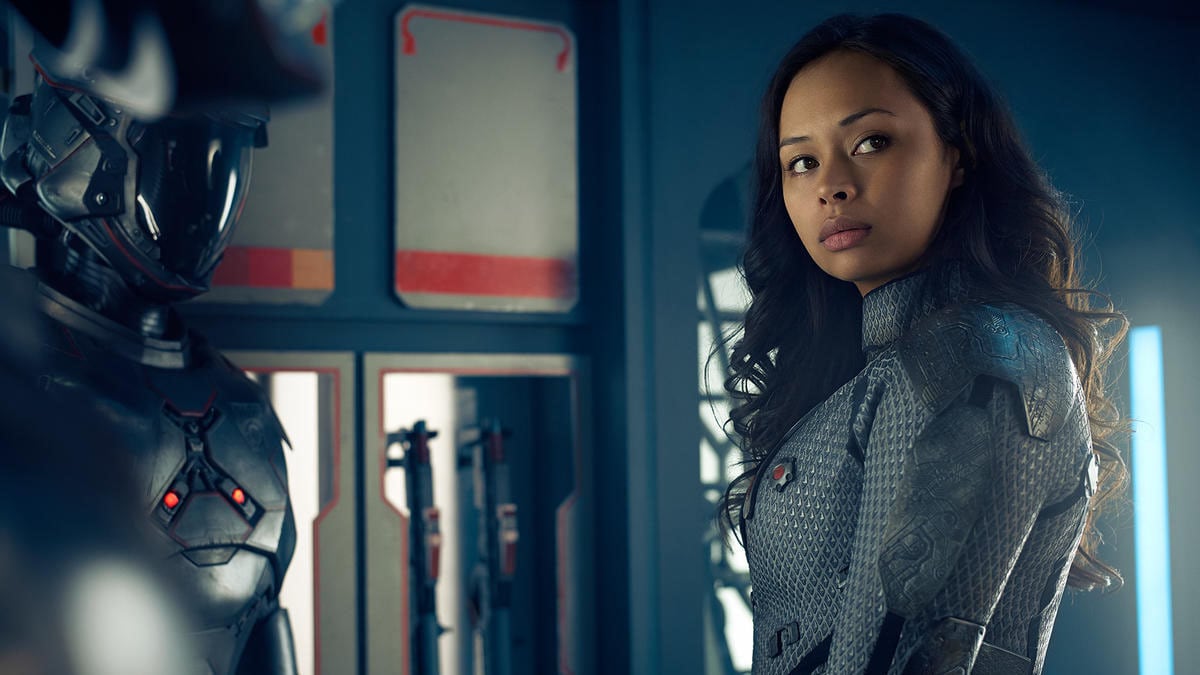 Frankie Adams as 'Bobbie' Draper in a still from The Expanse

Meanwhile, the strong-willed captain of a Martian ship in the first season is Theresa Yao, portrayed by Canadian actress Jean Yoon, who has roots in Korea and China. More importantly, she doesn’t exist to serve as a foil for our principal cast, but has agency of her own. And when the show needed an actress to fit the role of a Martian soldier, who’s described in the books as a tall, muscular Polynesian woman, The Expanse did just that – the role of ‘Bobbie’ Draper is filled in by New Zealander Frankie Adams, an actress and amateur boxer of Samoan heritage. Adams kicks off the second season première, and her role seems to be central to the Mars story arc, which was largely missing from the show’s debut year.

Unfortunately, character building isn’t a strong suit for The Expanse. Most of its troubles begin there – Holden seems woefully under-developed and unrelatable despite a 10-episode first season, and the other crew members of the Rocinante, namely Amos (Wes Chatham) and Alex (Cas Anvar), lack any independence. Ceres-born detective Miller (Thomas Jane) is the shining gem among the lot, whose character arc remains the most interesting, owing to the level of emotional investment that the writers have afforded him.

It doesn’t help that bar the season opener and finale – including last week’s double-header – The Expanse tends to drag its feet through episode and episode. Abraham and Franck have published a total of six books in each of the last six years, with three more planned for the following ones. The first season of the show covered only the first half of the first book, even if it did draw a bit from future additions, but that says a lot about the pacing.

On purely merit basis, it’s hard to label The Expanse as a great show. In a time where television is enjoying a golden period, it’d be hard to recommended putting the Syfy original on your essential watch list. For fans of sci-fi / space opera, that’d be easier. And if you’re the kind to enjoy hard sci-fi – there are no lightsabres or faster than light travel here – parts of the show will be a joy to watch. There’s more beyond that, through its visualisation of the impact of climate change in the 2200s, and the pressing demand and supply issues of natural resources. 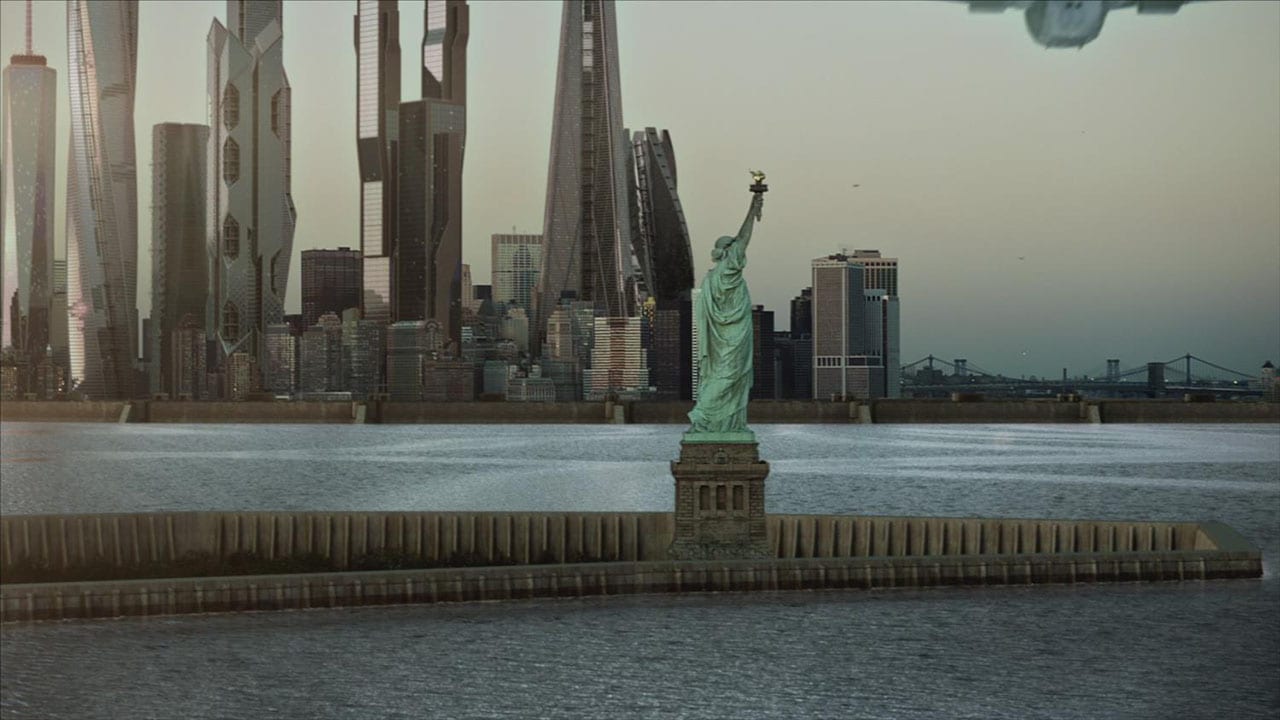 The former displays itself in the depiction of 23rd-century New York, which has been forced to make use of huge seawalls to keep out the rising ocean levels, for the Manhattan island that serves as the capital of the UN, and even the Liberty Island. But it’s the latter more interesting facet that comes across as a prescient warning of our own future. The lack of proper access to fresh water is one of the big issues for the Belters, and it’s a topic the show touches repeatedly – Holden and his crew worked on an ice hauler before they got blown up, and Miller investigated ragtag outfits swindling water on Ceres.

Access to fresh water is a growing concern for our world too. According to recent UN estimates, over a billion people already lack access to clean drinking water, and almost 2 billion people will suffer from “absolute water scarcity” by the year 2025. Those are serious problems without any easy solution in sight, and it’s great to see our entertainment bring that up allegorically, especially when we live in times where the world’s leaders deny the mere existence of climate change.

The Expanse may be set two centuries into the future, but its issues – political, socioeconomic, or environmental – hit much closer to home.

New episodes of The Expanse season two air weekly Wednesdays on Syfy in the US. The first season is available on Netflix worldwide.

Further reading: The Expanse, Syfy
Akhil Arora Email Akhil
Akhil Arora covers entertainment for Gadgets 360, interviewing stars such as Christian Bale and Anurag Kashyap, covering series premieres, product and service launches across the globe, and looking at American blockbusters and Indian dramas from a global socio-political and feminist perspective. As a Rotten Tomatoes-certified film critic, Akhil has reviewed over 150 movies and TV shows in over half a decade at Gadgets 360. When he is not completely caught up with new film and TV releases, Akhil ...More
HTC 10 evo Launched in India at Rs. 48,990: Release Date, Specifications, and More
Honor 6X 4GB RAM Variant to Go on Sale in India Today

The Expanse Offers a Prescient Take on Earth's Future
Comment