The Americans, Unbreakable Kimmy Schmidt, and More – The Weekend Chill

Over the weekend, Amazon picked up sci-fi series The Expanse for a fourth season, after it had been cancelled by Syfy earlier in May. On Tuesday, Deadline brought word that Jamie Foxx would play the lead role in creator Todd McFarlane’s film adaptation of his comic book Spawn, about a black ops guy who dies, ends up in Hell, and is then sent back to Earth as a demonic warrior.

On Wednesday, Woody Harrelson confirmed in an interview that he does indeed have a role in the upcoming Spider-Man spin-off Venom, and revealed that he’s also signed up for a sequel. There’s no official word on his role, but rumours abound that Harrelson might be playing serial killer Cletus Kasady aka Carnage. We’ll find out when Venom releases October 5.

Also on Wednesday, Deadline said that Apple had greenlit a comedy based on 19th-century poet Emily Dickinson, with Hailee Steinfeld (The Edge of Seventeen) in the lead role. On Thursday, Variety reported that Westworld’s James Marsden had been cast for Sonic the Hedgehog movie, where he’ll reportedly play a cop named Tom who teams up with Sonic. The film is slated for November 15, 2019.

TV:
The Americans
Picking up three years after the conclusion of season five, The Americans finds the Jennings in a very different world. While Philip (Matthew Rhys) has moved away from the KGB spy life to focus on their travel-agency cover business, Elizabeth (Keri Russell) and their daughter Paige (Holly Taylor) are now involved deeper than before. Stan Beeman (Noah Emmerich) has settled down and shuttered the Soviet task force.

The sixth and final season of the show – a shortened run of 10 episodes, which ended earlier this week – uses the time jump to push its fictional world closer to the geopolitical upheaval around the corner (the end of the Cold War), though it’s more interested, as always, in how people get caught up on the other sides of battle lines through no inclination of their own.

Critics are full of praise for the season finale, calling it a heart-breaking and excellent end to a terrific show, and some labelling it one of the top 10 finales of all-time. “Part of the reason The Americans became such a rare treat is because it so rarely bowed to the usual pressures of TV story-building,” Variety’s Caroline Framke wrote. “It allowed itself to be slow and insular in a deliberate way that almost always found a satisfying payoff.” 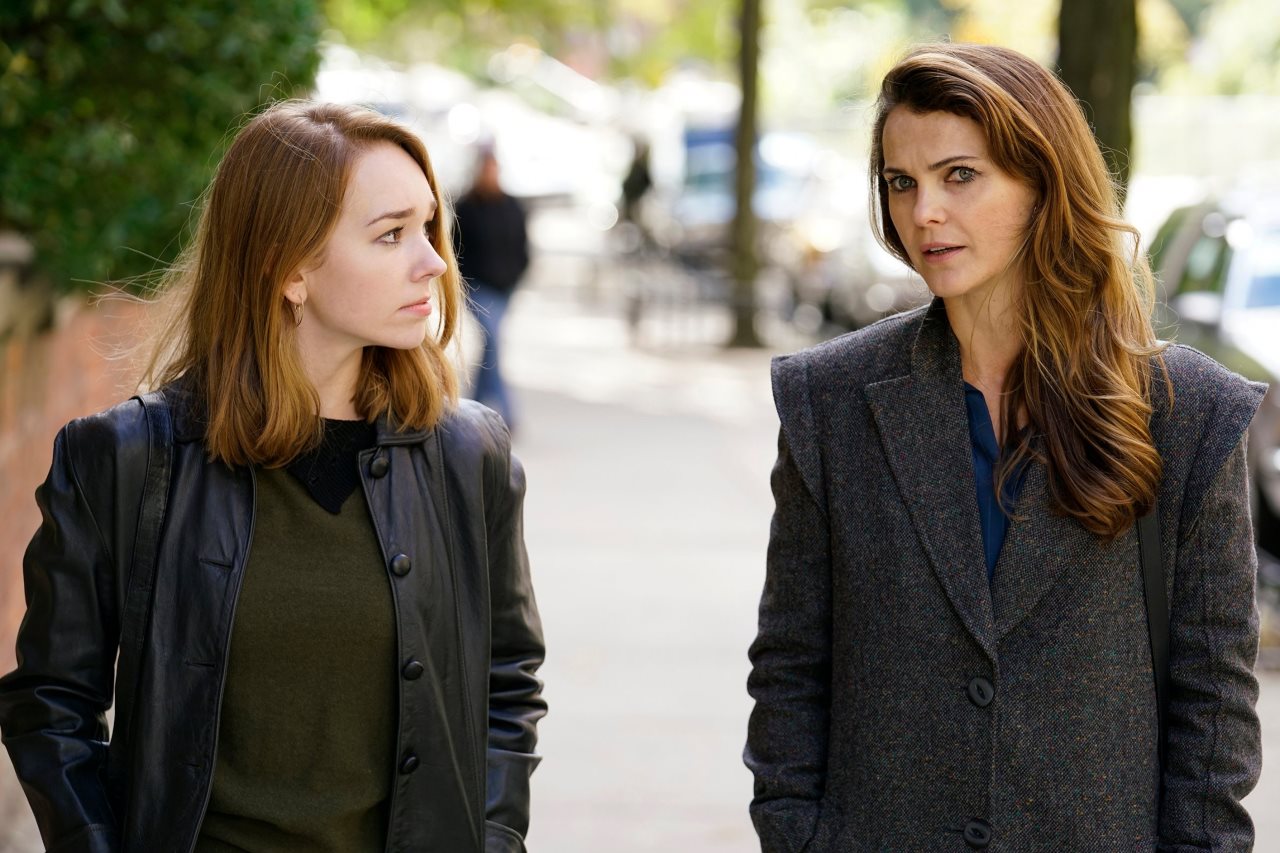 Unbreakable Kimmy Schmidt
Created by Tina Fey and Robert Carlock – the latter of whom served as showrunner for the former’s previous comedy 30 Rock – for Netflix, Unbreakable Kimmy Schmidt follows Kimmy, a woman in her thirties, who was rescued along with three others from a doomsday cult in Indiana, where Reverend Richard Wayne Gary Wayne (Jon Hamm) had held them for 15 years.

After getting out, Kimmy decides to move to New York City, where she meets gay, struggling actor, Titus Andromedon (Tituss Burgess), and street-wise landlady Lillian Kaushtupper (Carol Kane), and gets a job as a nanny for high-strung and lonely socialite Jacqueline Voorhees (Jane Krakowski). In the three seasons since, Kimmy adjusts to modern-day customs and slowly rebuilds her life, going to college among other things.

The show’s fourth and final season will air in two parts, with six episodes earlier this week and the other six in January 2019. Reviews have been positive: The Atlantic’s Sophie Gilbert noted how it “jokes, over and over again, about how injustice is ingrained within every level of society”, and Vox’s Alissa Wilkinson said “the darkness that’s always been present is finally breaking through, even though it’s also loaded with the same hysterical one-liners and fast-paced humour”.

Pose
Prolific producer-creator Ryan Murphy, who recently signed a $300-million deal with Netflix, is back with a new show on FX: a musical dance drama called Pose, created by Murphy, Brad Falchuk (Glee), and Steven Canals. Set in the mid-1980s New York, it looks “at the juxtaposition of several segments of life and society: the rise of the luxury Trump-era universe, the downtown social and literary scene and the ball culture world”.

Pose includes the largest transgender cast ever assembled, according to FX, with over 50 transgender characters in some form. Well-known actors include Kate Mara (Megan Leavey), Evan Peters (American Horror Story), James Van Der Beek (Dawson’s Creek), Angelica Ross (Her Story), and stage performers Billy Porter and Charlayne Woodard. The show starts Sunday in the US, and will be available on Hotstar in India from Monday.

Reviews are mostly favourable. Entertainment Weekly’s Kristen Baldwin said: “For all of its ballroom flash and diva fierceness, Pose is a sweet, touching drama about finding your family, your purpose, yourself.” The Hollywood Reporter’s Dan Fienberg noted “an introductory quality to the opening episodes” and added: “Pose is poignant, funny and completely accessible, whether you've been part of this community or your only point of reference is Madonna's ‘Vogue’ video.”

Movies:
Black Panther
Set immediately after the events of Captain America: Civil War, T’Challa (Chadwick Boseman) returns home to Wakanda, the technologically advanced African nation that poses as an agrarian nation to its neighbours. Now king after the death of his father, he finds his rule being challenged by factions within Wakanda, who seek to overthrow him.

Black Panther must work with members of the Dora Milaje, Wakanadan special forces, and CIA to prevent his country from being dragged into an all-out war. In addition to Boseman, the film stars Michael B. Jordan, Lupita Nyong’o, Danai Gurira, Martin Freeman, Daniel Kaluuya, Letitia Wright, Winston Duke, Angela Bassett, Forest Whitaker, and Andy Serkis. As always, Stan Lee has a cameo.

Directed by Ryan Coogler (Creed), the film received stellar reviews upon release from critics, including us. Thanks to an impressive cast, three-dimensional characters (plus a great villain), stellar writing and direction, resonating themes, and a soundtrack like no other Marvel film, Black Panther is likely the best of the MCU lot. And it’s now available for purchase on Blu-ray and digital media.

Other mentions:
Over in the world of streaming, Netflix had several worthy additions: Brad Pitt-starrer World War Z, 2018 Oscars nominee for Best Animated Feature Film The Breadwinner, Disney’s 1940 animated classic Pinocchio, and the critically-acclaimed Beach Rats (2017) and Eye in the Sky (2015).

Amazon Prime Video now has Batman Begins, which was earlier only on Netflix. The first two seasons of The Magicians are now available on Amazon as well.

Of these twelves, four titles – Turbo: Hyper Fighting, Super Turbo, Alpha 3, and 3rd Strike – also have support for online multiplayer, where four players can join lobbies. The game’s Nintendo Switch version has an exclusive eight-player local mode for Super Street Fighter II. Bonus features include a Museum Mode where you can view concept art from the past three decades, a music player to listen to tracks, and biographies for characters.

Street Fighter: 30th Anniversary Edition has received good reviews. It looks good on modern hardware despite the respective age of the 12 titles (between 1987 and 1999), sports responsive controls, sounds great, and has a lot on offer in main content and extras. The only things we didn’t like were a lack of context in some places, and a higher price on the Switch.

How to access: PlayStation 4, Nintendo Switch, Steam for PC, or Xbox One
Time commitment: 18 hours

Other mentions:
Beyond that, you should check out Yoku's Island Express, which brings together pinball mechanics, platforming and open world exploration. It's getting good reviews, and it's available on PC, PS4, Switch, and Xbox One.

This week also brought a new action RPG with rogue-lite elements, called Moonlighter. If that’s more your style, be sure to read our review, where it scored a 7 out of 10. It’s available on PC, PS4, and Xbox One.

There’s also Ikaruga, Sega’s 2001 shoot ‘em up, which has been ported over to the Nintendo Switch. It’s getting great reviews, so if you’ve Nintendo’s handheld and have been looking for a new game, try Ikaruga.

Further reading: The Weekend Chill, The Americans, Spawn, Venom, How to Train Your Dragon, Black Panther, Street Fighter, Moonlighter
Akhil Arora Email Akhil
Akhil Arora covers entertainment for Gadgets 360, interviewing stars such as Christian Bale and Anurag Kashyap, covering series premieres, product and service launches across the globe, and looking at American blockbusters and Indian dramas from a global socio-political and feminist perspective. As a Rotten Tomatoes-certified film critic, Akhil has reviewed over 150 movies and TV shows in over half a decade at Gadgets 360. When he is not completely caught up with new film and TV releases, Akhil ...More
What Is Messages in iCloud? How to Enable It? All Your Questions Answered
Jurassic World Evolution, The Crew 2, and Other Games Releasing in June 2018