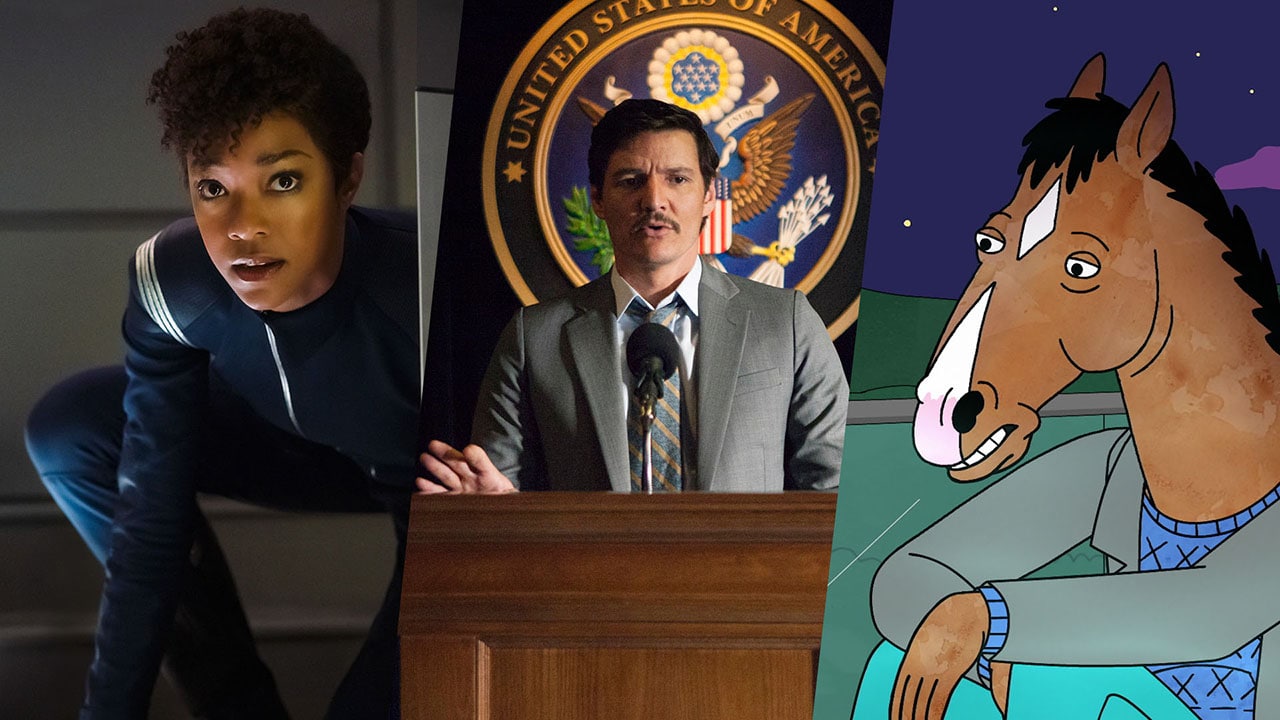 The two biggest Netflix original releases for us in August were Marvel’s The Defenders, and Death Note. While the former was exciting in the exchanges and the fights between the four street-level heroes, it didn’t fully live up to our expectations. The latter, on the other hand, was a complete disaster - from the writing to the acting - that you’d your best to avoid.

In September, the most interesting originals are returning ones. BoJack Horseman is easily be one of Netflix’s best shows, with Will Arnett voicing the horse-man who is a former sitcom star who is trying to find himself through a haze of alcohol, failed relationships, and self-loathing. On the other end of the spectrum is Narcos, the Colombian crime drama that shifts focus to Cali cartel after the death of Pablo Escobar in season 2 (that’s not a spoiler, it’s history).

There’s a returning drama as well - Club de Cuervos - now into its third season. The Iglesias siblings share the presidency of Cuervos de Nuevo Toledo, while being forced to relocate from their stadium.

On the new series front, we have American Vandal, a half-hour true-crime satire (like Making A Murderer, sans the sadness) about a high-school prank that follows a sophomore documentarian as he wonders: Who drew all the penises? The other new TV original for September is Jack Whitehall and his father’s Southeast Asia trip, Travels with My Father.

Netflix’s original film roster for September is lighter, though there's a big name in Angeline Jolie-written and directed First They Killed My Father, based on Loung Ung's memoir of the same name. Shot on location in Cambodia, the film follows a 5-year-old girl as she tries to survive the rise of Khmer Rouge, and tells the story of the country through her eyes.

The only other original movie for September is called Our Souls at Night, and it’s based on the novel written by Kent Haruf, and adapted by Scott Neustadter and Michael H. Weber (The Fault in Our Stars). The films stars Jane Fonda and Robert Redford as a widow and widower, respectively, who have been neighbours for decades.

The September line-up for original documentaries is much larger. We have a behind-the-scenes look at Lady Gaga’s less-explored personal life in Gaga: Five Foot Two, from Emmy nominee Chris Moukarbel (Banksy Does New York) over an eight-month period. Then there’s Strong Island, a look at an African-American family through the lens of their 24-year-old eldest child’s murder over two decades ago. There's also Fire Chasers, which follows firefighters as they try to fight seasonal wildfires in California, and how man-made choices have impacted their work.

There are a couple of big names on the stand-up comedy special front too, this September. Jerry Seinfeld will launch his first special after his Netflix deal earlier this year, and podcaster and actor Marc Maron returns to his original artform as well. Ventriloquist Jeff Dunham adds to the lineup, and Achmed the Dead Terrorist will be with him.

With that, here are our four picks for September 2017 that you should watch out for, and the full list of movies and TV shows coming to Netflix India after that.

Gangs of New York / September 1
Martin Scorsese has directed better films in his career, and Gangs of New York’s sprawling length and structure can stand in the way of its storytelling, but the performance of veteran actor Daniel-Day Lewis as the villainous Bill the Butcher makes it a captivating watch. The protagonist - played by Leonardo DiCaprio - is a man bent on revenge for his father’s death in 19th-century New York.

BoJack Horseman: Season 4 / September 8
“Where’s BoJack?” is the call of BoJack Horseman’s season 4, after the Will Arnett-voiced anthropomorphic horse and former sitcom star left the craziness of Hollywoo and took off into the desert. We know he saw wild horses roaming free, which served as a metaphor for BoJack having to let go, but all the other characters have no idea clearly.

The first trailer also shows the changing lives of the people in BoJack's orbit, including Todd, Diane, Mr. Peanutbutter, and Princess Carolyn.

The Expanse: Season 2 / September 8
Adapted from James SA Corey’s novels, The Expanse is a show about the politics of humanity colonising Mars and living in the Asteroid Belt and beyond, while offering enough high-octane action for a variety of sci-fi fans. It’s frequently also an allegorical wake-up call for our own future, while balancing similarities from the Cold War.

It doesn’t always bring together all its various threads in a cohesive fashion, but The Expanse is still a good addition to TV roster for sci-fi and political drama fans.

George Harrison: Living in the Material World (2011) / September 15
Alongside his primary expertise of drama films and working with Leo DiCaprio, Martin Scorsese also holds an interest in looking at popular figures through the documentary lens. George Harrison: Living in the Material World is a two-part 208-minute example belonging to the latter category, which studies the Beatles member with the help of interviews, concert footage, home movies and pictures.

If you’re a fan of the Beatles, do yourself a favour and watch it.

Star Trek Discovery: Season 1 / September 25
Star Trek returns to its original medium after 12 years off the air, aboard the USS Discovery, which is set a decade before the original series. For the first time, the protagonist - Lt Cmdr Burnham, played by Sonequa Martin-Green - isn't a ship captain. The two leads - Martin-Green, and Michelle Yeoh’s Captain Georgiou - both also belong to minorities: African-American, and Asian respectively.

There are some doubts after creator Bryan Fuller (American Gods) left the series over creative differences, and in a crowded TV landscape full of prestige dramas, Star Trek will need to prove its worth despite all its history.

September 3
Whitney: Can I Be Me

September 14
Romance of Our Parents: Season 1

September 24
Appleseed Alpha
Deliver Us from Evil
The Bar

Game of Thrones Season 7 Showed How the Series Has Changed Over the Years
IFA 2017: 'Smart' AI-Based Tech to Take Spotlight at Consumer Electronics Trade Fair