The Most Streamed Spotify Artists of the Last Decade 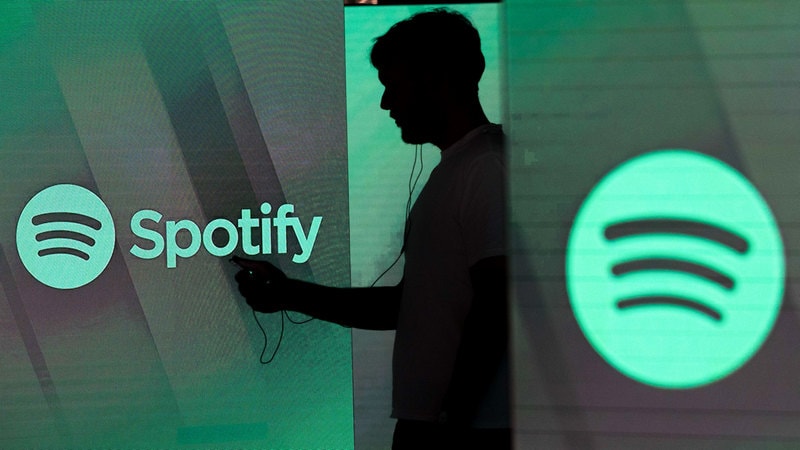 This week marks the 10th anniversary of the public debut of Spotify, and the streaming service has released a few all-time "most-streamed" lists. Think of them as global playlists for the last decade of your life.

Sheeran marks two entries on the most-played track list with Shape of You at the top and Thinking Out Loud in fifth place. Drake's One Dance holds second place, the Chainsmokers and Halsey's Closer is third, while Post Malone takes fourth place with rockstar (featuring 21 Savage). The Chainsmokers also mark two spots on the top 10, thanks to Don't Let Me Down landing at No. 10, while Justin Bieber gets two entries with Love Yourself and Sorry at No. 8 and No. 9 respectively and is credited in a third along with Luis Fonsi and Daddy Yankee for Despacito - Remix at No. 7.

Spotify felt the need to break out a separate list of most-streamed female artists, possibly because no female artist had a song make the most-streamed top 10. Rihanna sits atop the list, followed by Ariana Grande, Sia, Beyoncé, and Nicki Minaj. Their initial reluctance to join the service in its infancy may explain why Adele and Taylor Swift follow at No. 6 and No. 7, respectively.

Sweden-based company Spotify Technology launched to the public in October 2008 with Coldplay's Viva La Vida becoming the most-streamed track in the debut month. A decade later, the service, founded by current Chief Executive Officer Daniel Ek and Martin Lorentzon, has more than 180 million monthly active listeners across 65 countries, features more than 40 million tracks, more than 2,000 genres, and more than 3 billion playlists. It has clocked 16,858,080 years of time streamed.

Streaming music services have increased in recent years both in volume of music and competition, with customers now having multiple outlets vying for their business. Apple, Tidal, Amazon.com, and Android have all launched their own services, with YouTube Music, a subsidiary of Alphabet's Google Inc., debuting in June.

Spotify's biggest competitor, apart from illegal downloads, is currently Apple Music, which has more than 40 million subscribers and more than 50 million users. Globally, 38 percent of online listeners continue to consume music illegally through copyright infringement practices such as stream ripping, according to a 2018 report by the International Federation of the Phonographic Industry (IFPI).

Here, though, are the hits.

Most-streamed song each year since Spotify launch:
2008: The Killers - Human

Top-streamed artists of all time:
1. Drake

Most-streamed songs of all time:
1. Ed Sheeran - Shape Of You

10. The Chainsmokers - Don't Let Me Down

8. The Weeknd - Beauty Behind The Madness