Welcome to a post-Endgame universe.

We're beyond the Endgame now. Spider-Man: Far From Home is the first film in the Marvel Cinematic Universe after that massive Avengers chapter a couple of months back. And with Marvel Studios continuing to keep its cards close to the chest, it's currently the only film officially left on the docket. A sequel to 2017's Spider-Man: Homecoming, Far From Home is also the last piece of the puzzle in Marvel's Phase 3. It begins a few minutes after the events of Avengers: Endgame, with Peter Parker (Tom Holland) mourning the death of his mentor Tony Stark (Robert Downey Jr.). Soon after, he heads on a school trip to Europe where Nick Fury (Samuel L. Jackson) calls upon him and asks him to team up with Quentin Beck aka Mysterio (Jake Gyllenhaal) to battle the Elementals, who have power over natural forces such as water and fire.

Spider-Man: Far From Home is out next week in India in English, Hindi, Tamil, and Telugu. From release date to tickets, here's everything we know about the next Marvel movie.

The new Spider-Man movie is out Friday, June 28 in China, Hong Kong, and Japan. Far From Home will then release Tuesday, July 2 in Canada, Denmark, Singapore, the UK, and the US. On Wednesday, July 3, it will open in Belgium, Finland, France, Greece, Indonesia, the Philippines, Slovakia, South Africa, and Sweden. On Thursday, July 4, Far From Home arrives in India, Argentina, Australia, Brazil, Colombia, Czech Republic, Germany, Hungary, Mexico, Netherlands, Portugal, Russia, and the UAE.

In addition to the aforementioned Holland, Jackson, and Gyllenhaal, Spider-Man: Far From Home also stars Zendaya as Michelle “MJ” Jones, Parker's classmate now upgraded to love interest, Jacob Batalon as Parker's best friend Ned, Jon Favreau as Stark Industries security chief Happy Hogan who also looks after Parker, Marisa Tomei as Parker's aunt May Parker, and Cobie Smulders as Fury's right-hand Maria Hill, who formerly worked at S.H.I.E.L.D. Except for Smulders, all others were in Homecoming.

Sony Pictures (publicly) released the first trailer (below) for Spider-Man: Far From Home in mid-January, which set up the basic plot structure of the film, while avoiding any Avengers: Endgame spoilers. Well, as best it could. A second and final trailer arrived early in May, a couple of weeks after Endgame had released, which allowed it to delve into spoiler-territory. The second trailer hinted that the MCU might now be a multi-verse, though it's possible Mysterio is just fooling everyone.

Thanks to some ungrateful lucky folks who caught an early screening of Far From Home, alleged plot details have leaked across Reddit and 4chan. If you're okay spoiling the Spider-Man film for yourself, you can also read up on the two post-credits scenes it has to offer. Spider-Man Far From Home full movie download is not going to be legally available anytime soon.

Far From Home tickets will go on sale Sunday, June 30 in India.

Sony Pictures has reportedly set a review embargo till Thursday, June 27 for Far From Home.

Sony Pictures released the first poster with the first trailer. Three more city-centric ones — Berlin, London, and Venice — were released close to the second trailer. If you want even more, here you go: 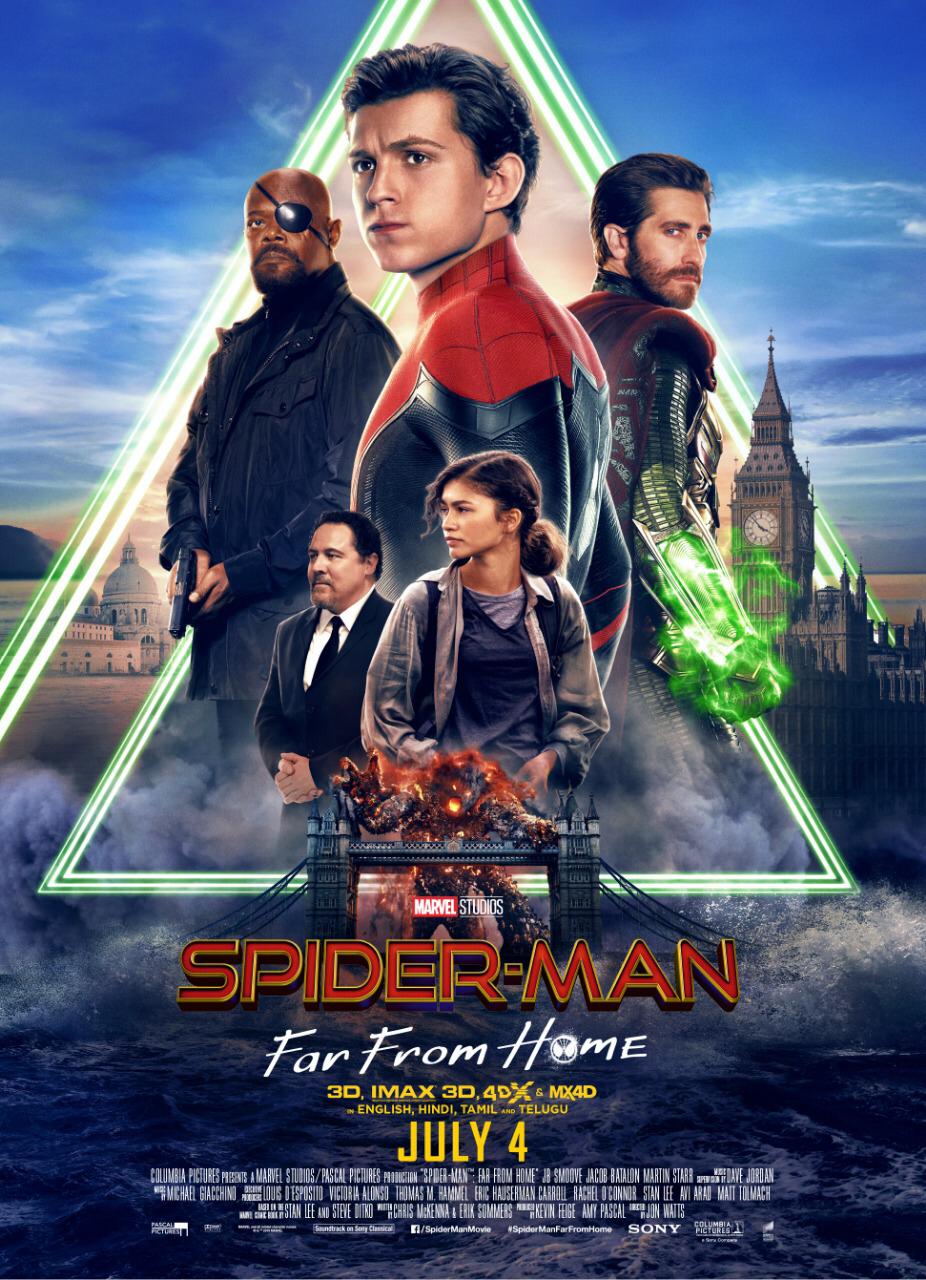