Business as usual for Marvel after Endgame.

Someone please warn MJ what she’s in for

Spider-Man: Far From Home is now out in theatres across India, bringing an official end to Phase Three of the Marvel Cinematic Universe and ushering everyone into a post-Avengers: Endgame world. That climactic chapter was an exception to Marvel's now-standard practice of including scenes during the credits, which made sense given the finality of its events, but with Far From Home, it's business as usual. There are two scenes during the new Spider-Man film's credits — one in the middle and one at the very end, as you would expect — and both scenes are important in not just setting up future Spider-Man chapters but also upcoming entries in the MCU.

Warning: spoilers ahead for Spider-Man: Far From Home, and Captain Marvel.

Fresh off beating Mysterio during his school trip to Europe and now back home in New York, Peter Parker (Tom Holland) is on his way to a date with MJ (Zendaya). After a bit of swinging and texting, and gliding through a building, Peter meets MJ on the sidewalk, apologises for being late, and then asks her if she's ready. After she nods and grabs onto Peter, they go for an aerial tour of the city before arriving in what looks like the outside of Madison Square Garden in Midtown Manhattan. There, terrified of what she just went through, MJ says that they are never doing that again, which is only a natural reaction when you're clinging onto someone for dear life as they sling around skyscrapers with spider webs.

Just as Peter and MJ are about to bid farewell to each other, a giant screen on the side of Madison Square Garden erupts with a news bulletin, claiming to have the truth about Mysterio (Jake Gyllenhaal) and the attacks in Europe. It seems that as he was dying, Mysterio recorded a video in which he claimed that Spider-Man was responsible for the destruction of London and that Mysterio was simply trying to stop him, which makes him a hero in everyone's eyes as he so wanted to be. The edited clip also contains Peter's voice saying, “Execute them all”, which taken out of context makes it seem as if he's referring to the people of the city.

This raises a couple of questions. For one, it makes you wonder whether Mysterio is really dead, given his face appears in the video in the same place as his final confrontation with Peter. But that needn't be true. As Far From Home showed us, Mysterio and his team are an expert at illusions and so it's possible that the doctored video has been made by his surviving allies, one of whom — Ginter (Peter Billingsley) — was shown escaping with a thumb drive during the film. But the biggest moment of the mid-credits scene is right at the end, as a dying Mysterio reveals Peter's identity to the whole world, prompting him to go: “What the --?” 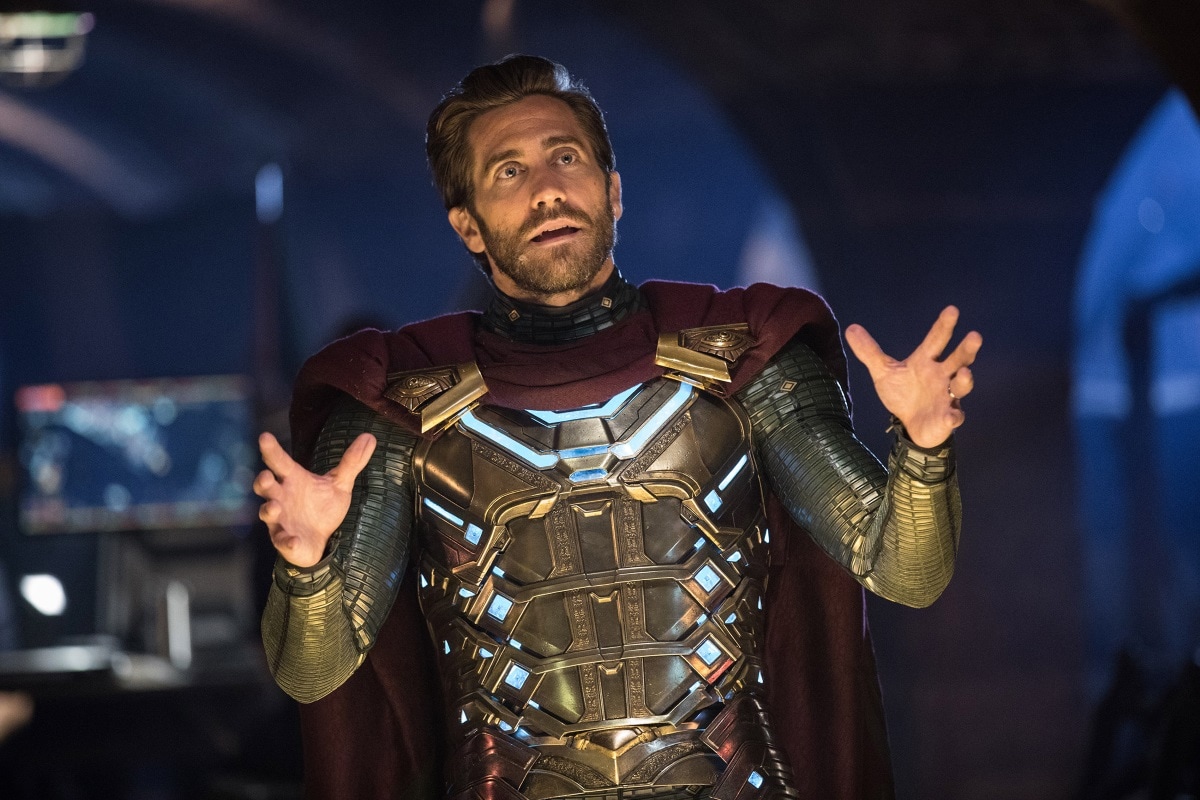 Since the start, Peter has tried his best to conceal his identity from those around him. Tony Stark was the first to figure it out, because, well, he's a genius. Peter was then caught red-suited by his best friend Ned in Homecoming, before MJ figured it out with 67 percent surety that Peter was Spider-Man in Far From Home. And of course, the superhero community and their allies had known already. But with his big secret now public, the next Spider-Man film will have to contend with how Peter survives in that world. And he will have a new-old non-superhero entity to deal with as well, as re-introduced in the mid-credits scene.

In what came as a delightful twist for many, the fake news bulletin was delivered by none other J. Jonah Jameson, the editor of The Daily Bugle, with J.K. Simmons reprising his role from Sam Raimi's 2002-07 Spider-Man trilogy. It was a smart in-joke for those with memories of earlier Spider-Man movies, and in the process, Simmons became the first actor to cross over from Sony's Spider-Man universe to the Marvel Cinematic Universe.

While post-credits scenes are usually extended gags in the Marvel Cinematic Universe — think Captain America breaking the fourth wall in Spider-Man: Homecoming, the giant ant playing drums in Ant-Man and the Wasp, or the tired Avengers eating shawarma in silence in The Avengers — that's not the case with Far From Home, where it's essential and changes the perception of what you've seen for the past two hours.

The scene opens with Nick Fury (Samuel L. Jackson) and Maria Hill (Cobie Smulders) driving around in a car, which is bound to give a sense of déjà vu for its similarities to the post-credits scene in Avengers: Infinity War. But it's then revealed that the Fury and Hill we saw throughout Spider-Man: Far From Home were the shapeshifters Skrulls from Captain Marvel — Talos (Ben Mendelsohn) and his wife Soren (Sharon Blynn) — in disguise the entire time. 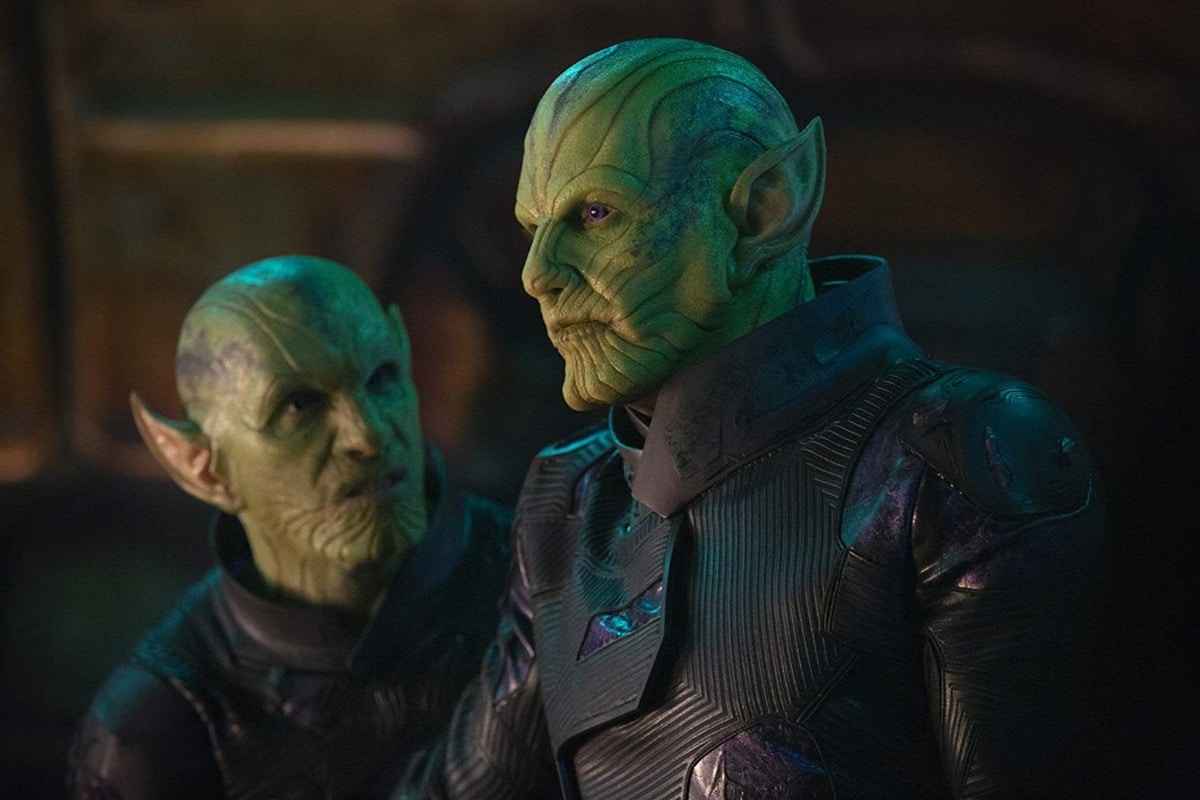 It will obviously make no sense for those that haven't seen Captain Marvel. For the rest, it's an intriguing twist, though it's not completely out of the blue. There's a throwaway hint during the film, about the Kree, that some would have picked up on. That said, Fury's own experience with the Kree sort of covers those tracks. But what's more interesting is the return of Talos & Co. to Earth in 2024, which they left in the 1990s after Captain Marvel took them to a new planet on the other side of the galaxy.

Soren then urges Talos to contact the real Fury and inform him of the unexpected challenges of the mission, and how they nearly failed. Talos is hesitant but finally relents. The real Fury is shown to be resting on a beach somewhere, but it turns out to be just a projection of a beach on a spaceship, which has a lot more Skrulls on board. That suggests Fury is on a top-secret mission far away from Earth that we will learn about in a different Marvel film. As he wanders around the spaceship, Fury shouts “Everybody back to work!” and wonders if anyone has seen his shoes.

Further reading: Spider Man, Spider Man Far From Home, Sony Pictures, Marvel, MCU, Captain Marvel
Akhil Arora Email Akhil Akhil Arora covers entertainment for Gadgets 360, interviewing stars such as Christian Bale and Anurag Kashyap, covering series premieres, product and service launches across the globe, and looking at American blockbusters and Indian dramas from a global socio-political and feminist perspective. As a Rotten Tomatoes-certified film critic, Akhil has reviewed over 150 movies and TV shows in over half a decade at Gadgets 360. When he is not completely caught up with new film and TV releases, Akhil ...More
Jio Rs. 102 Prepaid Plan Launched Specifically for Amarnath Yatra Pilgrims