Solo: A Star Wars Story – the 4 Most Unexpected Moments

The latest Star Wars film, Solo, expands the backstory of one of its most famous characters. Set prior to the events of 1977's A New Hope and 2016's Rogue One, Solo: A Star Wars Story details the life of a young Han Solo before Luke Skywalker and Obi-Wan Kenobi met him in that Mos Eisley cantina. The film introduces a bunch of new characters alongside the return of some familiar faces, and has a couple of unexpected reveals towards the end.

None of what Solo: A Star Wars Story does is anywhere on the level of The Last Jedi, which took some big leaps and ushered the saga into its next era. Instead, the standalone Star Wars addition is antithesis to Rian Johnson's ideas: instead of letting the past die, it celebrates and revels in it. That said, it does have some moments that are worth delving into. With Solo now playing in theatres worldwide, it's time to dig in. Spoilers ahead, obviously.

Solo: A Star Wars Story Review: Lots to Show, Nothing to Say

1) A red lightsaber
Let's start with the biggest and most surprising, shall we? While Darth Vader's presence in Rogue One was known half a year before release, no one expected to see a familiar antagonistic face in Solo, let alone one from George Lucas' prequel trilogy that ran from 1999-2005. But that's exactly the surprise we got.

After killing the crime lord and her superior Dryden Vos, Qi'ra asks Han to go after Beckett and save Chewbacca. Now alone aboard Vos' ship, she assumes command and contacts his superior via hologram chat, who turns out to be Darth Maul. She concocts a lie in which Vos died during the mission, and frames Beckett for the failure. 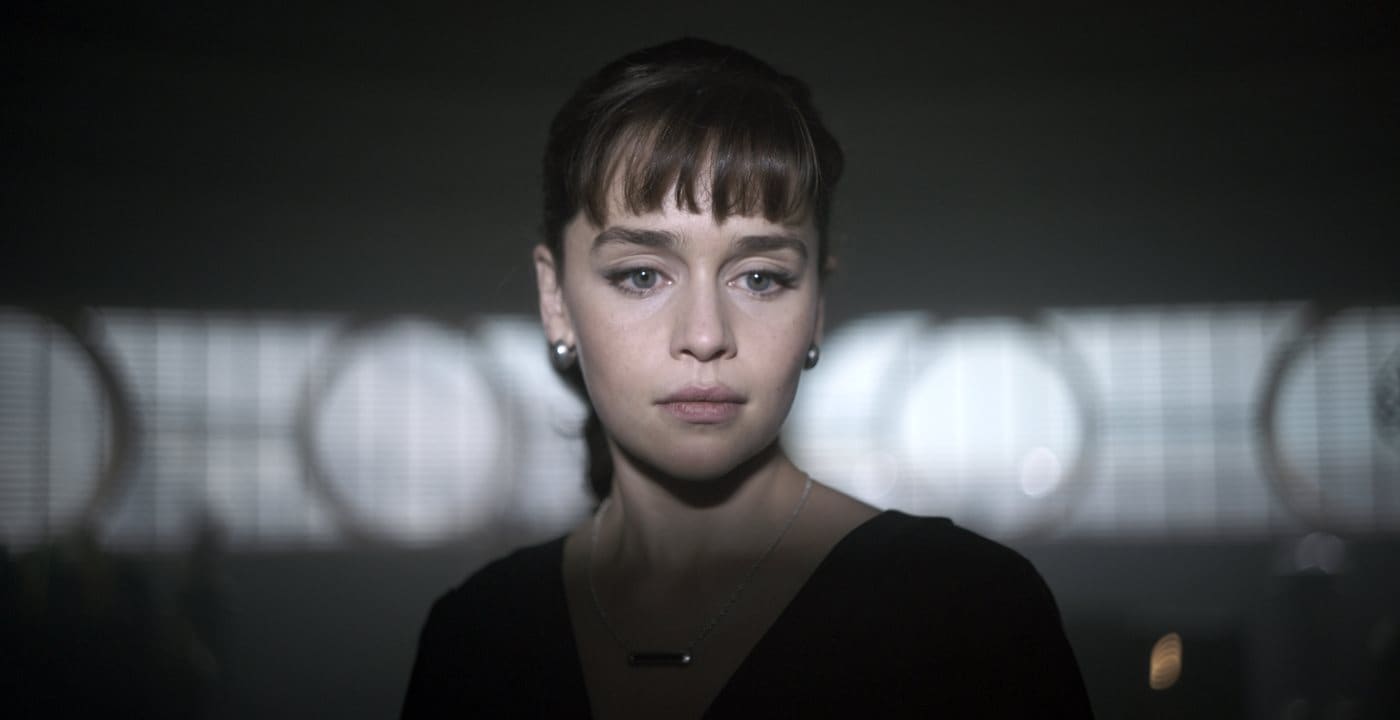 Though slightly taken aback, Maul agrees to let Qi'ra ascend the ranks with a pointed remark: "You and I will be working together much more closely from now on.” His words are accompanied by him namechecking his homeworld of Dathomir, and firing up his signature double-bladed lightsaber, just in case those who saw the prequels haven't recognised him already.

If you haven't seen the prequels, the scene would have carried a lot less impact. But even if you have, it might come as a bit of shock, since Maul was cut in half by Obi-Wan Kenobi in 1999's Episode I – The Phantom Menace. His survival is explained in the animated series, The Clone Wars and Rebels, which involves limping, dark magic, and a lot of waiting.

For added trivia, Maul is played by Ray Park, the same actor who played him in the prequels, and is voiced by Sam Witwer, the guy who voiced him in both TV series.

2) A teenage rebel
The other big surprise was the twist reveal of who was leading Solo: A Star Wars Story's secondary villains, the Cloud Riders. After Han joins up with Beckett and his gang, the criminal mentions them for the first time, as a band of pirates who are a nuisance on most jobs. And that's exactly what they do: Han and Co.'s heist job of retrieving ultra-valuable fuel from a train goes badly south after the pirates intervene.

Though that conflict gives us a look at the fighting capabilities of its leader, Enfys Nest, it doesn't put a face on the character until our heroes arrive at the planet where they intend to refine the fuel into crystals. Thanks to a tracker installed on the Millennium Falcon, the Cloud Riders were always one step behind, and then surround them to take the fuel off their hands.

Being his cocky self, Han threatens them with non-existent soldiers waiting in the Falcon, and his ruse lands with a thud after Lando flies away. It's at this moment that Enfys Nest takes the mask off to reveal herself as just a teenager, played by Erin Kellyman, and explains she's trying to help the downtrodden by sabotaging the gangs, and in turn the Empire.

In other words, Enfys Nest is trying to kick start a rebellion. Since Solo: A Star Wars Story takes place nearly a decade before 1997's Episode IV – A New Hope, the capital-r Rebellion doesn't exist the way we know it. But what she's doing will play a small part – just as the Rogue One crew did in stealing the blueprints – in helping Luke and others take on the bad guys.

3) An equal rights advocate
While Star Wars mostly uses droids for comedic value (and merchandising), Solo does something more with its new droid: L3-37, who serves as the first mate for Lando Calrissian, and a co-pilot of the Millennium Falcon. While Han and the crew infiltrate the Kessel mine to steal the unrefined fuel, L3 goes a step further.

Not only does she free fellow droids in captivity, she also removes the shackles off the numerous slaves working in the mine, thereby instigating a riot. Add that to her offhand comment to Lando earlier about wanting "equal rights", and it's clear that L3's personality and intelligence is far advanced of what we've seen with other droids, who are happy to serve their "organic masters", as L3 sarcastically calls Lando at one point.

Unfortunately, she gets caught in the crossfire of her own riot, and doesn't make it. The only upside of L3's death is that her advanced navigational algorithms are inserted into the Millennium Falcon, which will benefit from her smarts multiple times as it battles the Empire (and gang lords, given Solo worked for years as a smuggler). As Qi'ra notes, L3 is forever part of the Falcon. <insert heart emoji>

4) Han and Chewie
In our review of the film, we said Solo: A Star Wars Story is designed to "help buff up the encyclopaedia pages". Part of that are the questions no one asked for, but got answers for anyway. We now know where Han's last name comes from, and how Chewbacca got his nickname.

Looking for a way out of his homeworld Corellia, Han volunteers for the Imperial forces. The recruiting officer needs a full name, but Han admits he has no clue of his ancestry. After a bit of thinking, the officer assigns 'Solo' as his last name, considering the guy is all by himself. Okay then.

Chewbacca's nickname, Chewie, has an even shorter explanation: Han thinks his name is too long, and there's no way he can say that every time, so he decides on Chewie, with seemingly no protests from the big Wookiee. Their first encounter is a lot more interesting, on the other hand, with Han thrown into the cells as fodder for a "beast", who turns out to be Chewbacca. 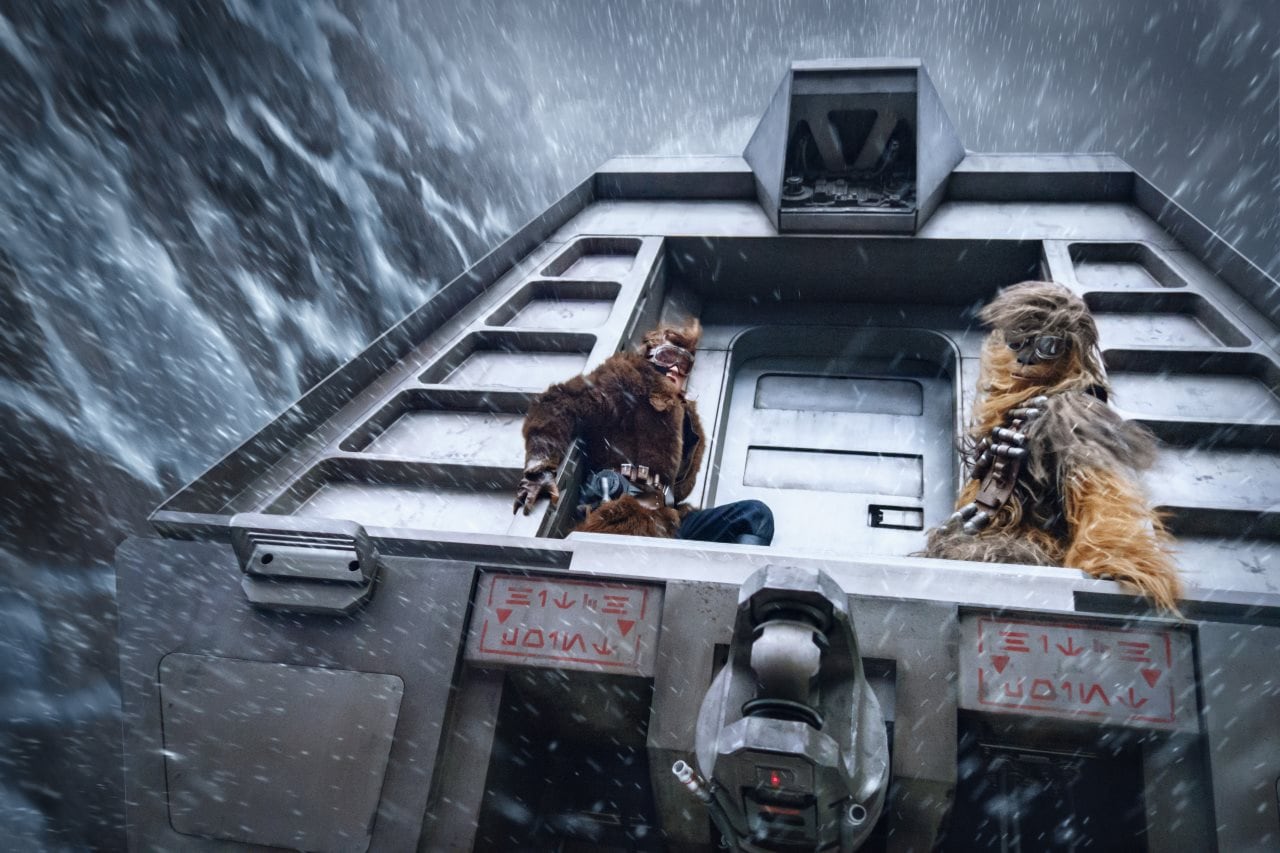 Han luckily knows Shyriiwook, the Wookiee lanuage, and is able to convince him to stage a fight to escape their mutual confinement. The lesson? Know the language of thy enemy.

Bonus
Beyond everything we've discussed, there are several nuggets of information that are (mildly) interesting in one way or another. For one, there's the crew informing Han that he completed the Kessel Run in "12 parsecs" only if you round down. That means the actual value is higher than 12, so Han's boast of "less than 12 parsecs" in front of Luke and Obi-Wan is simply false.

Two, there's a reference to Jabba the Hutt. He has to be "the big gangster" on Tatooine that Beckett spoke about, and that Han and Chewie shoot off for at the very end. And if you're reading too much into things, you can interpret Han killing Beckett as further proof that he's smart enough to shoot first.

Further reading: Solo, Star Wars, Solo A Star Wars Story, Han Solo, Disney, Lucasfilm
Akhil Arora Email Akhil Akhil Arora covers entertainment for Gadgets 360, interviewing stars such as Christian Bale and Anurag Kashyap, covering series premieres, product and service launches across the globe, and looking at American blockbusters and Indian dramas from a global socio-political and feminist perspective. As a Rotten Tomatoes-certified film critic, Akhil has reviewed over 150 movies and TV shows in over half a decade at Gadgets 360. When he is not completely caught up with new film and TV releases, Akhil ...More
Xiaomi Launches New Models in Its Mi TV 4C, Mi TV 4X, and Mi TV 4S Series

Solo: A Star Wars Story – the 4 Most Unexpected Moments
Comment