As Netflix and Amazon Splash the Cash in India, Eros Now Doesn't Want to Be a 'Side Hero'

In mid-2015, Eros Now — the streaming service owned by Eros International, the major Indian studio behind blockbuster films such as Bajrangi Bhaijaan and Bajirao Mastani — announced a slate of originals involving the likes of Anil Kapoor, Sanjay Leela Bhansali, and Bipasha Basu, among others. But then weirdly, it went all quiet. Now over three years later, Eros Now is ready to talk about its original series plans again with the first of those, Side Hero — a slapstick comedy that takes on Bollywood, starring Kunaal Roy Kapur and Gauhar Khan, and directed by Rohan Sippy — out Monday.

Eros Now's chief content officer Ridhima Lulla tells Gadgets 360 the plan is to ramp this up by launching 1-2 original series a month. But the company seems to have learnt the age-old lesson of over-promising and under-delivering — or rather, not delivering at all in its case — as Lulla adds: “We are not doing big announcements of our slate, we are going to announce as per and when the show is ready for release.” Eros’ latest quarterly report seems to disagree though, listing a total of 10 originals planned for release between now and June 2019, featuring talents such as Kalki Koechlin, Prakash Jha, Siddharth Anand, and Zeishan Quadri (Gangs of Wasseypur).

Lulla puts the three-year delay down to Eros’ different approach, which is akin more to the operation of US cable networks than digital entertainment companies. The company shot half a dozen pilots and sent them in for focus-group testing. Some of them “didn't necessarily go in the direction we wanted,” Eros Digital’s chief operating officer Ali Hussein chimes in. Both Lulla and Hussein note that development and production takes time, especially when you’re working with film stars, and though things took longer than they would be happy with, the latter thinks that it’s a “blessing in disguise” as Eros was able to build out the tech side of things meanwhile.

Had Eros Now hit its original targets, it would have fired the first shot in the Indian streaming wars. Sippy said as much, noting Kishore Lulla — Eros chairman and Ridhima’s father — and his team were “ahead of the curve at that time but now they are catching up”. In the meantime, both Netflix and Amazon have expanded into India and released several local productions, while putting their massive marketing budgets to good use. And the number of players keeps on increasing, with the likes of YouTube, ALTBalaji, Hooq, and Viu having stepped into the ring already, and sources confirming to Gadgets 360 that Times Internet — which acquired and rebranded MX Player — is set to make a play as well.

For what it’s worth, Eros’ delay has benefited its new series Side Hero, its creators and cast feel. Sippy and Roy Kapur concur that they were able to think things over properly with the pilot allowing them to receive feedback and course correct. (Interestingly, Sippy didn’t get any feedback from Eros.) For one, Khan’s character didn’t even exist in the original pilot and was only introduced after the show was greenlit earlier this year. Additionally, the director revealed that he was worried if the original ideas would still hold three years on, and Roy Kapur noted there has been a tonal shift in the comedy: “We decided to root it more in an emotional place, and not make it just frivolous.”

The writing process began half a year ago, with episode ideas drawn from Sippy and Roy Kapur’s own lives — the lead character is a fictionalised version of the latter — while the likes of stand-up comedian Anuvab Pal and stage actor-director Nipun Dharmadhikari were brought on board to contribute to scripts for later episodes. Khan said they were very prepared when filming began in August and praised both Sippy and Roy Kapur; she called the former “the most chilled out director” she’s worked with aside from being an actor’s director and noted the latter’s grasp on her character in a particular scene, helping her land the correct intention.

Though Side Hero is being marketed as Eros Now’s first original series, it’s actually its first original scripted series. The former honour belongs to Salute Siachen, a reality series which saw nine celebrities — including Arjun Rampal, and Rannvijay Singh among others — trek to the Siachen Glacier in the Himalayas. Lulla said that was one of their smaller shows, whereas Side Hero is a “good example of our premium content”. Side Hero also isn’t Eros Now’s first foray into fiction — that was Anjali Patil-starrer children’s film Meri Nimmo, which premiered back in April after touring the festival circuit.

Hussein points out that what sets Eros Now apart in a big way is that it is its own production house. Be it Netflix, Amazon or the like, the ‘originals’ they commission are made by line production houses, such as Anurag Kashyap and Vikramaditya Motwane’s Phantom Films on Sacred Games, or Farhan Akhtar and Ritesh Sidhwani’s Excel Entertainment on Inside Edge. “It's like raising a baby yourself versus allowing someone else to bring them up, it's almost like that to a certain extent,” Hussein added, in what is surely an interesting analogy, if not warped. Eros Now has also set up a writers’ room in-house, Lulla says, which puts out 30-40 ideas a month.

How Netflix's Ghoul Came to Be: 14 Hours a Day for Over a Month in a 'Leaky, Damp, and Horrible Smelling' Place

While Lulla wouldn’t be drawn on specifics, she claims they have a myriad of genres in play with upcoming announcements, with an additional the aim to also “pick up on different social trends and implement those in our shows as well”. Hussein noted that Eros has historically catered to the 18-60 age group — calling it the “core sensibility” — with its films and aside from a few exceptions, that would carry over to its streaming service projects. He thinks the problem in the market is the need to be “edgy”, given digital content is free of the restrictions imposed on theatrical releases in India by the CBFC, colloquially known as the censor board. 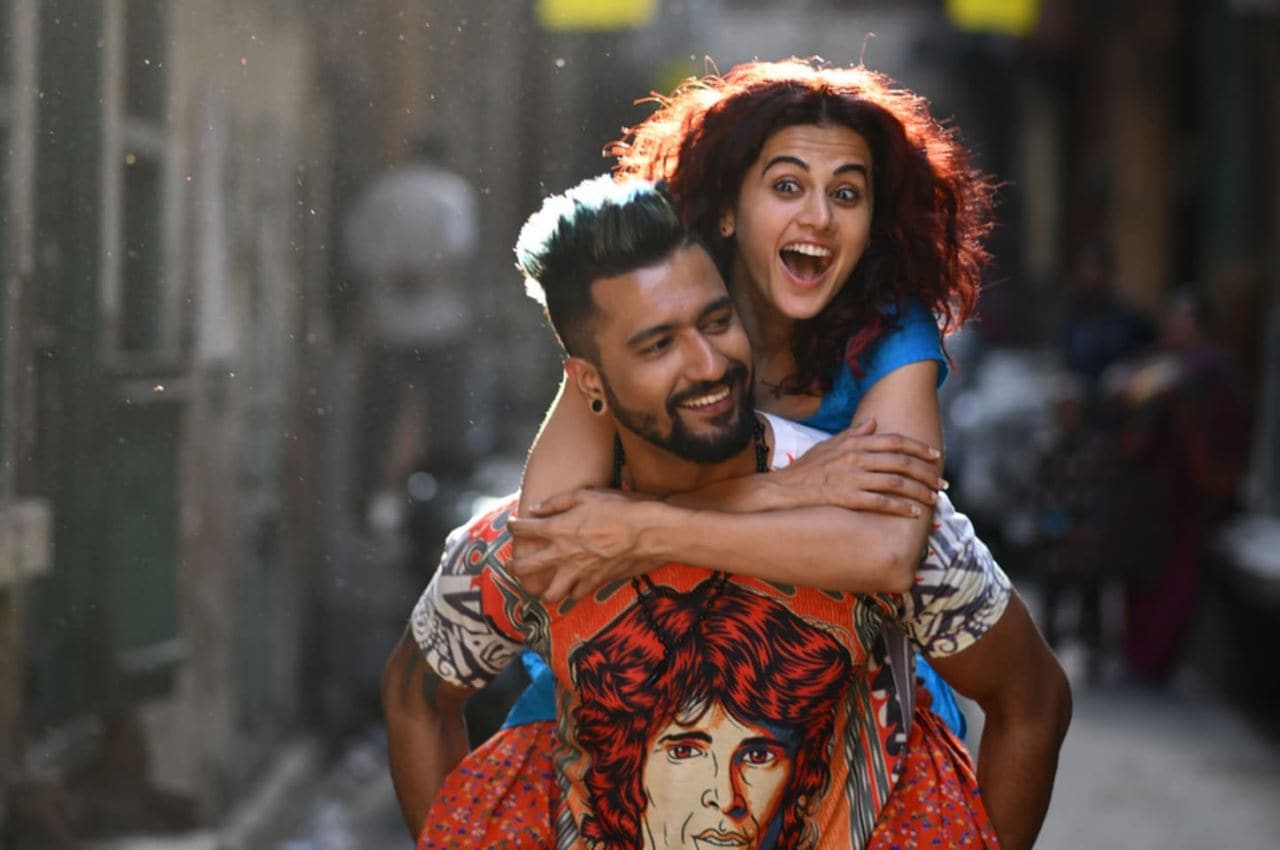 Pressed on if the writers' room is free to explore ideas that wouldn't necessarily get the right treatment on the big screen, both Lulla and Hussein said yes, noting its next original — crime drama Smoke, starring Koechlin, Jim Sarbh, and slated for an October release — is in a much darker space and “might not be 18-60". The question is pertinent given the controversy surrounding Eros’ latest release, the Anurag Kashyap-directed Manmarziyaan. After Sikh-interest groups objected to scenes of Sikh characters smoking and a female Sikh character thinking about her boyfriend while getting married in a gurudwara, Eros quickly bowed to pressure and excised the scenes in question.

Kashyap was blindsided by the decision and took to Twitter to voice his displeasure, for how the cuts affected the film’s narrative and calling out the Eros chairman by name for allowing it to happen. Eros has naturally sought to distance itself from the controversy, noting the decision was made by creative producer Colour Yellow Productions’ Aanand L. Rai — a co-producer alongside Phantom Films — who has since accepted the responsibility. But it still says a bit about Eros, as a distributor, that it readily accepted the self-imposed cuts that CBFC hadn’t asked for and didn't even consult with the director. The film’s co-producer Motwane said the incident had set a dangerous precedent for the industry.

Netflix has faced the brunt of this already, having been taken to court over a line of dialogue in Sacred Games about former Prime Minister Rajiv Gandhi by several Congress members and party affiliates. Their complaints were heavily diluted after Congress president Rahul Gandhi defended freedom of expression — in fact, most were withdrawn soon after — but more importantly, Netflix stood its ground. Eros’ playbook is reminiscent of Prime Video’s early days in India, when it preferred to play it safe not wanting to hurt “Indian sensibilities”, and it will be interesting to see what trajectory Eros Now takes.

Where the Mumbai-based service does lead Netflix is the local subscriber count. In its latest quarterly report, Eros Now claimed 10.1 million subscribers with a majority from India, though Hussein wouldn’t be drawn on exact numbers or divulge the subscriber base split between those directly paying for the service or having access via partners. (Eros has over 50 partnerships worldwide, including all major telecom operators in India, Xiaomi across Asia, and Amazon in the US and the UK among others.) He did, however, share the average revenue per user (ARPU) which sits at $4-5 (around Rs. 270-335) in India annually and $30-35 (around Rs. 2,010-2,345) internationally.

Further reading: Eros, Eros Now, Eros Digital
Akhil Arora Email Akhil Akhil Arora covers entertainment for Gadgets 360, interviewing stars such as Christian Bale and Anurag Kashyap, covering series premieres, product and service launches across the globe, and looking at American blockbusters and Indian dramas from a global socio-political and feminist perspective. As a Rotten Tomatoes-certified film critic, Akhil has reviewed over 150 movies and TV shows in over half a decade at Gadgets 360. When he is not completely caught up with new film and TV releases, Akhil ...More
NASA's MAVEN Spacecraft Marks 4 Years in Mars Orbit With a Selfie
Instagram Says Not Working on 'Regramming' Feature

As Netflix and Amazon Splash the Cash in India, Eros Now Doesn't Want to Be a 'Side Hero'
Comment