Selection Day Is More Than a Cricket and LGBTQ Story, Say Creators of the New Netflix Series From India

“I love Hinglish,” British actor-turned-writer Marston Bloom told a group of journalists at a Netflix showcase event in Singapore in early November. “I just love it. The air [of it], it's just gorgeous.”

Bloom is the showrunner for Netflix's next original series from India, Selection Day, which is based on Indo-Australian author Aravind Adiga's 2016 novel of the same name and will be out December 28 worldwide. Technically speaking though, it's an Anglo-Indian creation, given Bloom's involvement alongside production houses, Anil Kapoor Film Company and London-based Seven Stories.

He doesn't speak Hinglish — a portmanteau of Hindi and English — himself, which meant Bloom's English dialogues had to be translated into the language(s) that made sense for the characters. Udayan Bhat, an executive producer for AKFC, revealed they would have long phone calls, trying to find “the closest interpretation” in Marathi or Hindi.

The amount of English used today by Indians, and the quickly changing landscape of Mumbai, came as major culture shocks for Selection Day's Indian-born British director Udayan Prasad, who left India at the age of nine. He cited the northern suburb of Andheri as an example, which he couldn't recognise from when he last saw it.

“In Delhi, I was walking around Lodhi Gardens, thinking there's something really wrong here,” Prasad said. “People were picnicking, I was in Delhi, [and] everyone's talking [in] English. What the hell is going on?” His surprise would likely register as a shrug for most Indians, more so given Prasad is referring to one of the most upscale places in the central part of India's capital city.

And in the years India has changed linguistically and geographically, there's been a corresponding shift in ideologies and values as well. Selection Day is a coming-of-age story of two teenage brothers Radha (Yash Dholye) and Manju Kumar (Mohammad Samad) — with a bigger focus on the latter — who have been raised by their strict, obsessive father (Rajesh Tailang) to be star cricket players. Manju is more interested in the sciences, but he doesn't have much of a say.

“The book explores the fact that in Indian society, an individual is not a thing,” executive producer Anand Tucker, co-founder and CEO of Seven Stories, said. “You're part of a family or a society, but you're not an individual. Whereas in the West, it's all about being an individual, whatever the hell that means. For this new generation of Indians, their parents have said that they are nothing and you belong to the bigger unit, yet the world outside is telling them, ‘Be who you wanna be, follow your dreams.'”

Bloom said he was conscious in not letting the boys' controlling father turn into a stock character, one that we have seen in countless Indian films in the past. “We know all those dads,” he added. “And it became really key in getting compassion for this man. It's difficult to be his son, but as an outsider, you can understand what's driving him, his fears, and his anxieties.”

"Even in this madness — in which he has dedicated his whole life to rearing his two boys to be the number one and two best batsmen in the world — even though it's nuts, and it's awful for the boys in a way, there's a kind of glorious Don Quixote-style [to it],” Tucker said. “And for him, it's tilting at the windmills of the entire establishment that's set against him. He's a small man, but he will not be defeated. And there's a beauty in that.”

Bringing a book to life has inherent challenges, Bloom said, with one of them being how internal things are. “In the book, [Manju] has this lovely thing where he loves tasting things. He licks things. It's a beautiful part of the book, but on screen, that would look so weird. Maybe that could be Netflix's next thing, some sort of ‘Sensorama TV'.”

Adiga's book also explores Manju's discovery of his sexuality, which involves a boy named Javed Ansari (Karanvir Malhotra), who is his complete opposite in most respects. He is a Muslim who comes from a rich family that has taught him to be independent and given him freedom to choose what he wants. Manju's attraction to Javed makes him a rare, LGBTQ protagonist in Indian film and TV circles, where proper representation is still hard to come by. 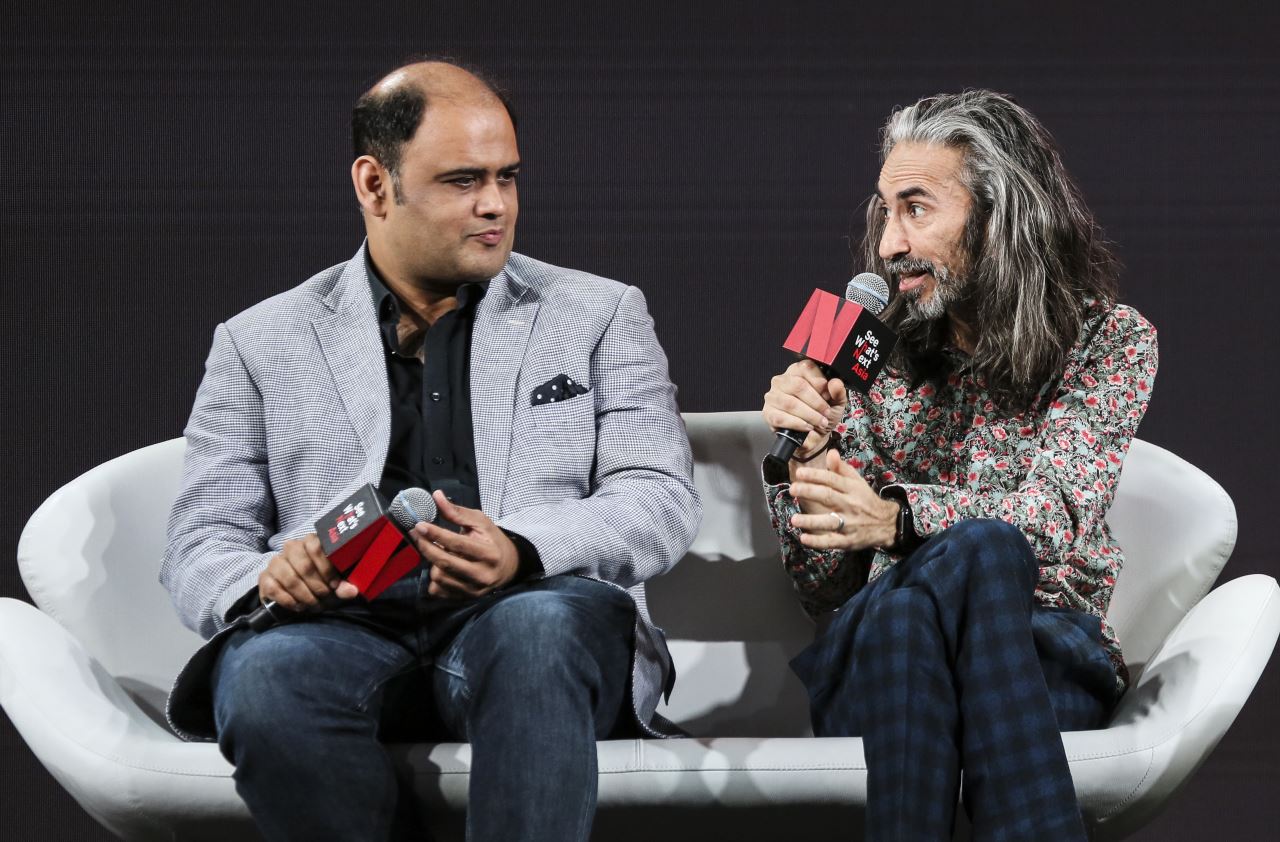 “It's that thing about intense friendships at those ages, [which] became the core of it,” said Bloom. “Manju is someone who doesn't know. He'd rather just be in a corner, [and] no one looking at him. Certainly, someone trying to kiss him would be the most terrifying thing in the world, I think.”

“There was an opportunity to explore that, which we went with for quite a long time, and then we thought ‘Oh, is that better served elsewhere, in other stories? And does that overload this story?' But it's always there, isn't it?”

Bloom and Tucker said they both have teenage sons who are currently navigating some of those same things. Tucker noted that they didn't want the LGBTQ focus to “become the thing” Selection Day would be known for, and Bloom cited the example of how female-written content tends to be shelved as “a women's story”.

“I don't think we wanted them to put our programme in [a box and] say, this is what it is, because it's many things,” Bloom added.

It almost sounds like the Selection Day creators have downplayed the book's LGBTQ angle, though we won't know for sure until its release later in December. Bloom also said that “whichever way Manju is veering is a really interesting place to go in subsequent seasons”.

Speaking of the future, Tucker revealed that the first season of Selection Day covers the whole of Adiga's book, except the last chapter that is set a decade ahead. “We already know where the world of season 2 is, where we are going to pick up Manju & Co. in a few months' time,” he added.

“There's a couple of female characters I really like,” Bloom said of his watching experience during post-production. “And I'd love to follow them for a bit longer than we gave here.”

Disclosure: Netflix sponsored the correspondent's travel and accommodation for the event in Singapore.

Further reading: Selection Day, Netflix, Netflix India, Netflix Originals
Akhil Arora Email Akhil
Akhil Arora covers entertainment for Gadgets 360, interviewing stars such as Christian Bale and Anurag Kashyap, covering series premieres, product and service launches across the globe, and looking at American blockbusters and Indian dramas from a global socio-political and feminist perspective. As a Rotten Tomatoes-certified film critic, Akhil has reviewed over 150 movies and TV shows in over half a decade at Gadgets 360. When he is not completely caught up with new film and TV releases, Akhil ...More
Microsoft's Market Value Overtakes Apple's to Close Out Week
Marriott Says Up to 500 Million Customers Impacted by Starwood Hack

Selection Day Is More Than a Cricket and LGBTQ Story, Say Creators of the New Netflix Series From India
Comment