Selection Day Release Date on Netflix, Cast, Trailer, and Everything Else You Need to Know

The venue of the Selection Day premiere in Mumbai on Tuesday

Netflix's next original series from India, Selection Day, is based on Aravind Adiga's 2016 book of the same name, which tells the coming-of-age story of two teenage brothers, Radha and Manju Kumar, who have been brought up by their cricket-obsessive father to become the two best batsmen in the world. Selection Day is the fourth original series from India for Netflix, after Sacred Games, Ghoul, and Little Things.

With the show out next week on Netflix, here's everything you need to know about Selection Day, including release date, cast and crew, and more.

Selection Day is out Friday, December 28 on Netflix worldwide, including India. All six episodes will be available at 1:30pm IST (midnight PST) on the streaming service.

Here's the official synopsis for Selection Day, provided by Netflix:

The two teenage leads, Radha and Manju, are played by newcomers Yash Dholye and Mohammad Samad. There's another newcomer in Karanvir Malhotra, who plays Javed Ansari. Javed attends the same school as Radha and Manju, and is the captain of the cricket team when they arrive.

Ratna Pathak Shah and Mahesh Manjrekar are also part of the Selection Day cast. Pathak Shah, best known for her role in the sitcom Sarabhai vs Sarabhai, plays the school principal Nellie Weinberg, while Manjrekar — known his role in 2002's Kaante and for directing Vaastav: The Reality — plays the cricket coach Tommy Sir.

Akshay Oberoi, who has appeared in films such as 2017's Gurgaon and 2016's Laal Rang, alongside shows such as It's Not That Simple for Voot and The Test Case for ALTBalaji, also has a supporting role. Oberoi plays an investor and entrepreneur named Anand Mehta. 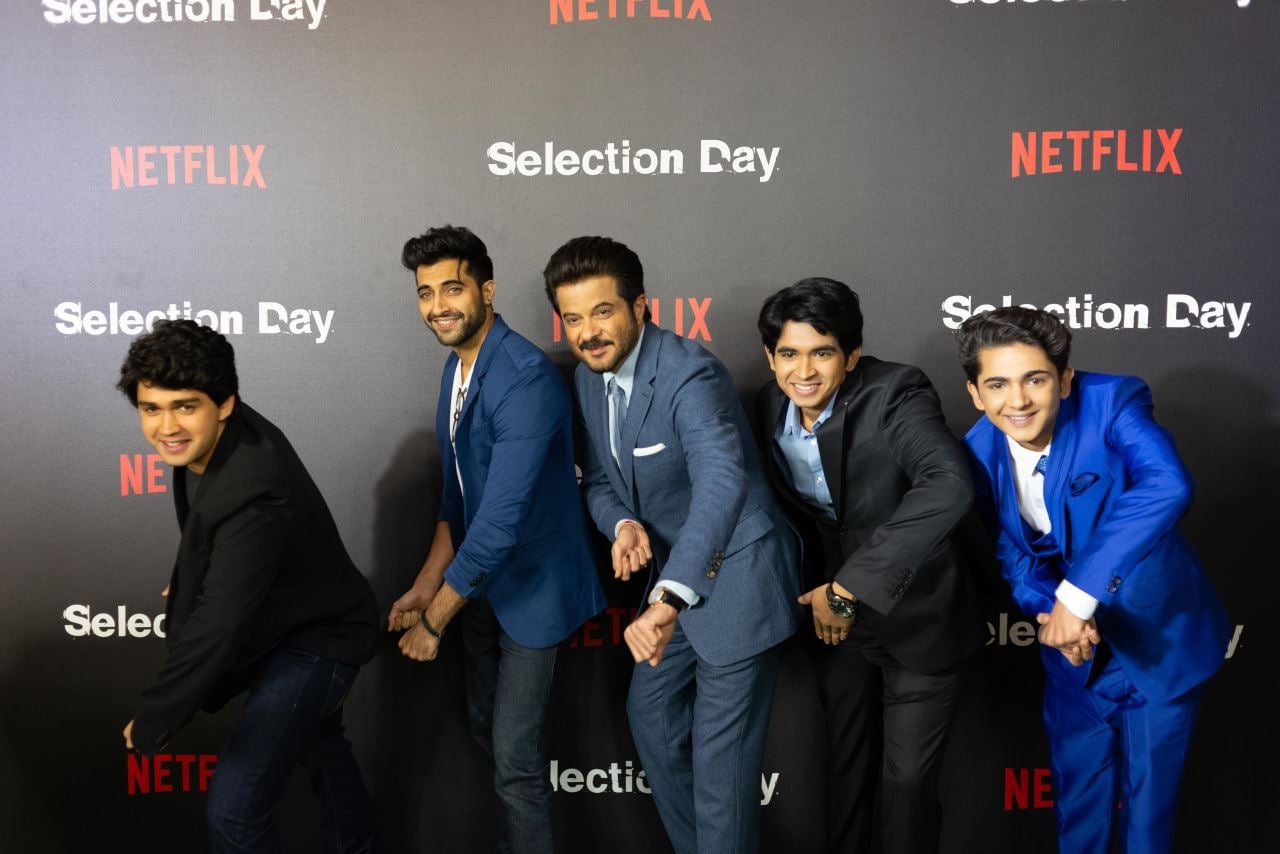 Anil Kapoor (centre) with the Selection Day cast at the premiere in Mumbai on Tuesday
Photo Credit: Netflix

Behind the scenes, Selection Day is more of an Anglo-Indian original, with many of the principal participants being British. The show's head writer, Marstoon Bloom, is a British actor-turned-writer who previously created the short-lived 2008 medical drama Harley Street, and wrote for the BBC comedy-crime series New Tricks from 2012 to 2015.

India-born British director Udayan Prasad helmed all six episodes of Selection Day. His credits include the 2008 drama The Yellow Handkerchief, and the 1997 comedy-drama My Son the Fanatic that starred Om Puri.

Selection Day Is More Than a Cricket and LGBTQ Story, Say Creators

Selection Day is a production of Anil Kapoor Film Company and London-based Seven Stories. Kapoor is a veteran Bollywood actor whose production credits include Veere Di Wedding and the Indian remake of the 24 TV series.

Netflix released the first teaser for Selection Day in November, which set up the premise and the characters. A full trailer followed later that month, expanding on the backstories of and journeys for the protagonists.

Selection Day episodes run between 18 and 25 minutes — critics, including us, have seen four out of the total six — which means you're looking at roughly a 2-hour binge in total.

At a press event in November, Tucker said that the first season covers the whole of Adiga's book, except the last chapter that is set a decade ahead, which means any potential second season — Netflix hasn't said anything officially — will go beyond what's on the page.

Further reading: Selection Day, Netflix, Netflix India
Akhil Arora Email Akhil Akhil identifies himself as a stickler for detail and accuracy, and strongly believes that robots will one day take over most human jobs. In his free time, you will find Akhil beating the computer at EA Sports FIFA or streaming new highly-rated TV series. More
Apple May Cut iPhone Production Yet Again: Analyst
Uber Says Will Resume Self-Driving Car Testing in Pennsylvania

Selection Day Release Date on Netflix, Cast, Trailer, and Everything Else You Need to Know
Comment