Sacred Games 2 Wraps Up the Book, Creators Coy on the Netflix Show’s Future

Sacred Games 2 was released at 12am (midnight) IST on Thursday globally.

In May last year, two months prior to Sacred Games' premiere, Saif Ali Khan — who plays Mumbai police officer Sartaj Singh — said that the Netflix series would take 32 episodes across four seasons to adapt Vikram Chandra's book it's based on, considering the novel runs for nearly a thousand pages. Imagine our surprise then when Sacred Games head writer Varun Grover told in the build up to the release of Sacred Games 2 — out now on Netflix — will wrap up what's left of the written material. Naturally, we had to ask: do they have a plan for future seasons of Sacred Games? To recall, Sacred Games 2 was released on globally at 12am (midnight) IST on Thursday.

“No, I mean, we are thinking of only this season,” Grover added. “We're basing it on the novel by Vikram Chandra. And we have finished the book in season two, that's all. We're thinking only till season 2. Right now, we're just focusing on this. Only time will tell.”

Grover isn't the only one who's being coy on Sacred Games' future. In an interview at the end of last month, Khan concurred the story ends with Sacred Games 2 — in complete contrast to his earlier comments — and said that he wasn't sure if the writers would extend it beyond that. Only showrunner Vikramaditya Motwane has been slightly more open, as he said in another interview last week that they will “make things up” if the show continues.

If Sacred Games does go down that route, it would find itself in the same situation as the makers of The Handmaid's Tale, the Emmy-winning Hulu adaptation of Margaret Atwood's book — available on SonyLIV in India — which covered its text in a single season and has been charting its own journey since. For what it's worth, leaving the book behind won't be wholly new for Sacred Games, considering the writers have deviated from its path and concocted new ideas since the beginning.

“In the book, [Sartaj] is solving another case parallelly, which has got nothing to do with [Ganesh] Gaitonde case,” Grover said. Gaitonde (Nawazuddin Siddiqui) is the gangster anti-hero who sets the series into motion. “So we took that out in season one. Again, [on Sacred Games] season two, because we had to follow up on whatever we had kind of set up in season one, so we had to change certain things.”

“And which is basically how all adaptations work. You take the themes and take the characters and then see how they translate on screen. And in this particular genre — because the book has a slightly different genre; book is more atmospheric, while our show is a thriller so — we had to change certain things, but I think they are part of any adaptation process.”

Part of the changes on Sacred Games 2 is National Film Award-winning actress Amruta Subhash, who was last seen in the Zoya Akhtar film Gully Boy, and the Netflix Indian original Selection Day. Subhash is playing a RAW agent named K.D. Yadav, who is written as a man in the book. Grover said Yadav was initially part of Sacred Games season 1 but after the role was left on the cutting room floor, they decided to rewrite the character, which involved switching the gender.

For Grover and his new writing team — Dhruv Narang (Gormint), Nihit Bhave (Hey Prabhu!), and Pooja Tolani — this was part of focusing on characters: “We all believe that it's more about character than plot. And so, we were looking for better characters or [to] improve on characters and give every character a kind of backstory, and no character should just be there as a puppet for the [narrative] — as a plot device. So we wanted to do that.”

This process to improve on what they had done before began six months before the release of Sacred Games season 1, Grover explained, which ruled out any impact of audience feedback or actors' performances on season 2. Motwane jokingly noted that their favourite characters — Anjali Mathur (Radhika Apte) and Constable Katekar (Jitendra Joshi) — died in season 1, which ruled out the latter anyway.

In addition to the characters, Grover said “another thing we wanted to improve — we'll see how people respond to that but — [was have] some more philosophical depth in the proceedings, apart from of course the saving-the-city, saving-the-world kind of heroic plot. We wanted to add certain depth of emotion as well as philosophy. And again, we have tried to. Let's see how it goes.” 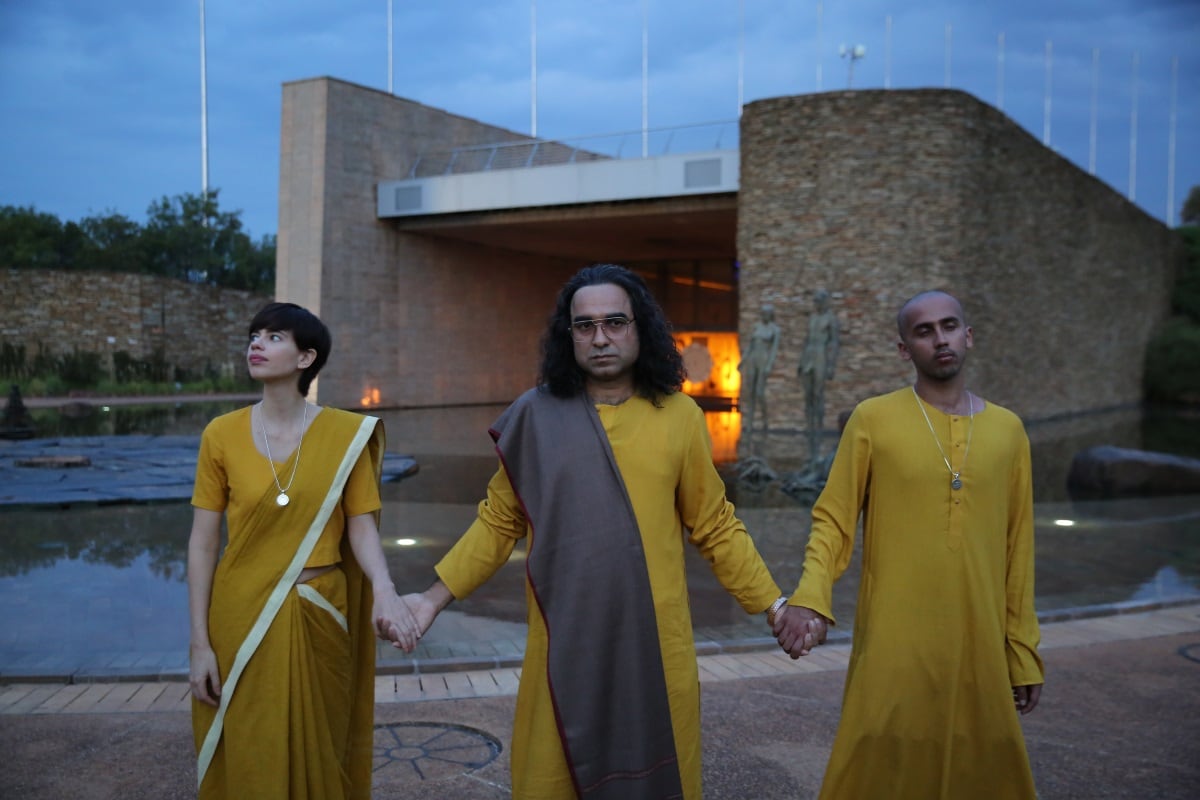 Pankaj Tripathi's Guruji is naturally a big part of that philosophy
Photo Credit: Zishaan A. Latiff/Netflix

Neeraj Ghaywan, the award-winning Masaan director in charge of the Sartaj storyline, views Sacred Games 2 as the evolution of the Netflix show. Where the first season was about setting things up and introducing the main players, he said, season 2 is now about providing answers and showcasing the expanse of what's at hand. If season 1 was the ‘what' and the ‘who', Ghaywan added, then season 2 is the ‘why' and ‘how' of it.

All You Need to Know About Sacred Games Season 2

“[In Sacred Games season 2,] both their worlds are opening up,” he said. “You see Gaitonde's arc, and his rise to [become] this international mafia don, to Sartaj kind of given this responsibility from being the Sonu [pickpocket] catcher to this one person who's actually spearheading an operation for the biggest disaster that India can ever imagine. So obviously, the stakes are higher. Apart from that, the emotional stakes become higher, because he goes back into his past. The ghosts from the past come back to haunt him.”

For the other director, Anurag Kashyap, who returns to helm the Gaitonde storyline, Sacred Games the series is the “coming-of-age” of the two principal characters “in their own worlds”.

“That's what the show is,” Kashyap added. “Sometimes, the journey can take you to the most unexpected places. And anything can happen. Sartaj and Gaitonde, both stories are like coming-of-age and survival stories, actually. They are both trying to survive [and] find answers on a journey. And it's the journey that actually becomes a real story and both the characters have incredible journey. Sartaj has a more emotional journey, and Gaitonde has a more physical journey.”