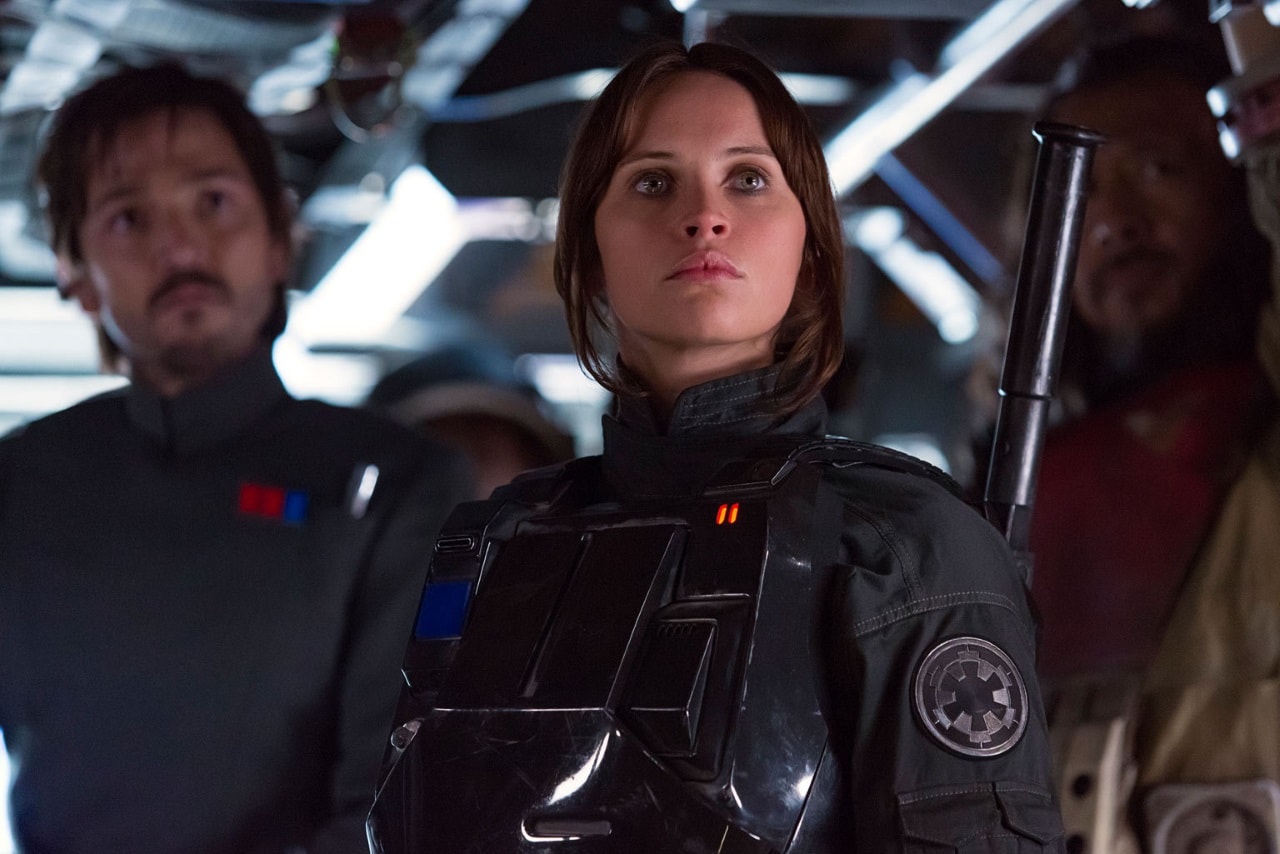 We got a trailer for Spider-Man: Homecoming only last Friday, but Marvel and Sony have already set a release date for its sequel – July 5, 2019. It's worth pointing out that Sony also decided on a sequel, with a public release date, ahead of The Amazing Spider-Man and we now know how that turned out.

The week began with the release of the first trailer for the new Fast and Furious film. Universal also gave it a new title – it’s called The Fate of The Furious. After years of service to his family, Dom (Vin Diesel) seems to have switched sides. We’ll find out exactly why on April 14, 2017.

Also on Monday, BBC released a second trailer for the upcoming fourth season of Sherlock, starring Benedict Cumberbatch and Martin Freeman. The first of three episodes will land January 1 in the UK and the US, and January 7 in India.

Monday also gave us the nominations for the 2017 Golden Globes. Surprisingly, sci-fi drama Arrival was conspicuously missing from the Best Picture nominations, though Amy Adams secured a Lead Actress nod. Deadpool, meanwhile, got the nod in the Comedy/ Musical bracket, with Ryan Reynolds nominated in Lead Actor. On the TV front, Game of Thrones, Stranger Things, and Westworld have been nominated in Best Drama, with acting nods for Rami Malek (Mr. Robot), Winona Ryder (Stranger Things), Evan Rachel Wood (Westworld), and Lena Headey (Game of Thrones) among others.

Aquaman, part of DC Comics’ film universe, is moving forward and has cast its villain. Director James Wan has turned to one of his old-time favourites, Patrick Wilson (Fargo, The Conjuring) to play Aquaman’s half-brother Orm Marius/ Ocean Master. Aquaman is scheduled to release on October 5, 2018.

There was another announcement in the DC-Warner Bros world on Tuesday. Rumours of a Harley Quinn spin-off film with other female supervillains have now been confirmed. It will be called Gotham City Sirens, and Suicide Squad director David Ayer will return at the helm. There is no known release date.

Wednesday brought us the first trailer for Despicable Me 3. Steve Carell will return as the charming villain Gru, and he will face a new villain to be voiced by South Park co-creator Trey Parker. The rest of the cast will return too, along with the minions, of course.

After a period of unrest that saw Bryan Fuller’s role decreased from showrunner to producer owing to other commitments and the show pushed back five months, Star Trek: Discovery has finally landed its female lead - Sonequa Martin-Green, best known for her performance in The Walking Dead, has been cast as the lieutenant commander for the USS Discovery. The series will air sometime in May 2017.

That’s all for now. Welcome back to The Weekend Chill, and here are the best picks for your weekend enjoyment:

TV:
The Man in the High Castle
A show that would become Amazon Video’s most-streamed original series upon release, The Man in the High Castle is based on sci-fi author Philip K. Dick’s book of the same name, which explores a dystopian alternative history – one in which Axis powers won World War II and took over the United States in turn. Germany occupies the biggest of three portions – all the way from New York in the east to Montana in the north-west, and New Mexico towards the south. Japan has control of everything west of the Rockies, and the rest in between – including Canon City of Colorado – is neutral ground.

The first season of the show, created by Frank Spotnitz and starring Alexa Davalos, Rupert Evans, Luke Kleintank, Rufus Sewell, Cary-Hiroyuki Tagawa, Lee Shorten, DJ Qualls aired in November last year. In the second season, available in its entirety on Friday, the Greater Nazi Reich and Japanese Pacific States inch closer to war, Davalos’ Juliana has to deal with consequences, and Evans’ Frank is drawn towards the resistance movement.

Movies:
Rogue One: A Star Wars Story
When Disney acquired Lucasfilm in 2012, it said that apart from making sequels in Episode VII, VIII and IX, it would also be looking at standalone spin-off films. Well now, the first of those - Rogue One - has arrived. The film is set immediately prior to the events of 1977's Star Wars, which is colloquially known as Episode IV: A New Hope. It tracks a ragtag outfit of Rebel spies, mentioned in the original film's opening crawl, as they set about trying to find the plans to the Death Star.

As we mentioned in our spoiler-free review, we enjoyed the film's latter half, but it takes a lot of time to get going. Still well worth it for fans of the series.

How to access: Out in cinema halls
Time commitment: 2 hours and 13 minutes

Barry
Barack Obama is a well-known name around the world. After all, he's spent eight years in the public spotlight as the President of the US. If you've ever wondered what he was like in his youth, Barry has the answers. Director Vikram Gandhi, working off a script by Adam Mansbach, focuses on the life of Obama - known to his friends as Barry - as he moves into New York City in the fall of 1981 to begin his college years at Columbia University.

Obama was born to bi-racial parents, a Kansas-born mother and Kenyan father, and the film explores how that can have an impact on how you're perceived. Plus, '81 NY is a crime-ridden and racially charged atmosphere, and Barry must navigate that environment while also juggling multiple strained relationships, with parents and classmates.

How to access: Netflix
Time commitment: 1 hour and 44 minutes

Apps:
Super Mario Run
Nintendo’s first smartphone game, starring the famous Italian plumber in his traditional red-and-blue jumper, is now available across the world. Unlike other Mario games of old, the character automatically moves forward in Super Mario Run, and even performs short jumps of its own accord. Nintendo has heavily marketed the one-hand playable aspect of the game in the run-up to its launch, with the player having to only perform jumps whenever needed.

There are three modes in Super Mario Run upon launch – World Tour, Toad Rally, and Kingdom Builder. The first of those includes different worlds – from plains, caverns, ghost houses, airships, to castles – and has you collecting coins and power-ups, and jumping on toads. Toad Rally introduces asynchronous multiplayer wherein you race against other players’ ghosts. And the last of those does exactly what it says, allowing you to build your own kingdom – by way of buildings, and decorations.

For now, all we can say is that Super Mario Run is the perfect Mario game for casual gamers. The only downside is that it always requires an Internet connection.

Hill Climb Racing 2
The first Hill Climb was insanely addictive, and this week brought a sequel to the game in Hill Climb Racing 2. Plus, it brings multiplayer to Newton Bill’s riff on Star Trek – “where no ride has been before” – and has a bunch of unique environments that made the original entry so much fun. The game’s developers, Fingersoft, like to describe it as an “entertaining physics based driving game”, which pretty much means that there’s little to no respect for the laws of physics.

Hill Climb Racing 2 also boasts of improved graphics and smoother physics simulation, optimised look across both low and high-res devices, and the ability to tune your ride with upgrade to engine, suspension, tires and even four-wheel-drive (4WD) support. The game does have optional in-app purchases, so if that’s something you’re concerned about with your kids, be sure to disable the option in settings.

China Takes Action on Thousands of Websites for 'Harmful', Obscene Content
Xbox One Update Can Boost Download Speeds Up to 80 Percent, Claims Microsoft