Chris Hemsworth and he get into a knife fight, after a breathtaking car chase, all part of a series of long takes. 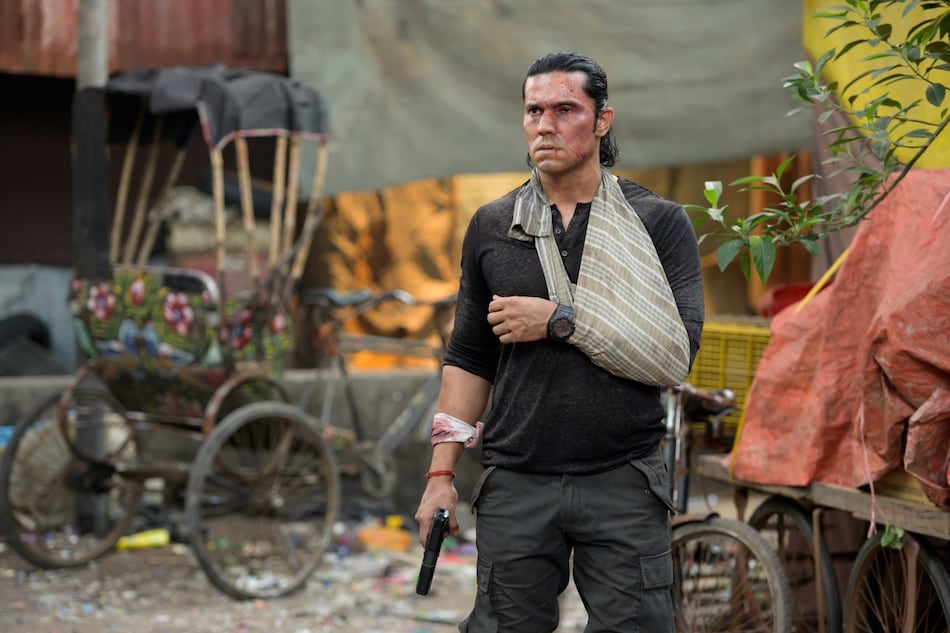 Randeep Hooda makes his Netflix debut opposite Chris Hemsworth on Friday in the action thriller Extraction. Hooda — best known for the 2014 road movie Highway, and playing serial killer Charles Sobhraj, Malayali artist Raja Ravi Varma, and farmer Sarabjit Singh, who spent over two decades in a Pakistani jail on charges of terrorism and spying, across biopics — was in for a surprise when he first read the script for Extraction, which comes from Avengers: Endgame director Joe Russo.

It described his character as “a wrecking ball of a man”, for Hooda plays army special forces veteran Saju Rav, who is now employed by India's biggest drug lord (Pankaj Tripathi). In keeping with the movie, Hooda's role is an action-heavy one. But that wasn't something he had been told when he auditioned for Extraction.

“They called me three weeks earlier to Ahmedabad before the shoot,” Hooda told Gadgets 360 over the phone on Tuesday. “And I was like, ‘Why?'”

Review: Chris Hemsworth's Extraction Is Heavy on Action, but Little Else

When Hooda met Extraction director Sam Hargrave — who's making his directorial debut, having been a stunt coordinator on several Marvel Cinematic Universe chapters — he learnt why. Extraction is about a mercenary (Hemsworth) tasked with rescuing a drug lord's (Tripathi) kidnapped son from Dhaka. (Ahmedabad stood in for the Bangladeshi capital.)

Due to a turn of events, which we won't spoil, Hemsworth and the kid find themselves being chased by Saju (Hooda), in addition to all of Dhaka's police, who are in the palm of Bangladesh's biggest drug lord (Priyanshu Painyuli) — the guy who ordered the kidnapping. An early portion of this chase is filmed in a serious of long takes, stitched together to look like one 12-minute sequence.

“When I got [to Ahmedabad] next day in the morning, they showed me, ‘This is what we're going to be doing with you in the film and it's all going to be one shot,” Hooda said. “So here's what you have to do. I saw it and I went, ‘Whaaaaat?! How are you gonna do that? Who is gonna do that?' They said, ‘You're going to do that.' I said, ‘ME?! How?'”

What began was a masterclass in action for Hooda.

“First, we started with how to hold your body, where to keep your weight, the hinge, the bending of the knee being lower, [to] lower centre of gravity,” Hooda explains. “Then, you're going to throw a punch in real life, and then throw a punch in the movie. Then how to react to that punch, and then how to get the steps and the sequences right.

“And to do all of it very, very slowly. Slow is fast, fast is good. So doing it very, very slowly, getting each step, over a period of three weeks. And when both actors were prepared and had memorised the sequences, they brought me and Chris together. Then we did [weapons], of course the props were all fake. And then finally, we got the knife and guns we're going to be using, and then went about that: how to hold the gun, how the fire the gun.”

Hooda has done his share of action in Indian productions, but this was his first taste of an international one. He noted that there's a lot more rehearsal with action-driven films like Extraction — Hooda claimed the team prepped for four months before they shot the 12-minute sequence — and there are a lot more safety precautions as well.

“For example, you cannot just fire an empty bullet,” Hooda added. “It will be given to you; everybody will be told that the weapon's hot. Here, sometimes, you can just practice or just for fun, you can go bang, bang. I have been hurt before in films made here. But apart from a couple of nicks I got from Chris during the fights, everything else was very, very, very, very safely done.”

Hooda jokingly called getting hit by Thor — the Marvel character Hemsworth is famous for — his favourite part of filming on Extraction.

On a more serious note, the 43-year-old actor was “bowled over” by an extended car chase that's part of the aforementioned 12-minute sequence. Though Hooda was technically on the steering wheel, the car was being driven by a stuntman sitting on the roof of the car or lying in the trunk, depending on where the camera was positioned. On top of that, it needed to be filmed in a long take.

“I was driving the car, but I had no control and there's a guy sitting in the boot who was actually driving, and I don't know how he was seeing the damn thing,” Hooda added. “And there was a car which was driving besides me, and I shoot at it and it goes up in the air and turns over while I smash another car. it was all happening live in one take. The amount of coordination and practice and dry runs that they must have had to go through is unbelievable.”

Hooda credits Extraction's action chops to Hargrave, who even as director, was hanging off harnesses and ropes on set himself: “Had he not had this action background, had he not have this high degree of fitness, then the results would probably not have been the same. Because he is the director and he's got the camera and he's hanging off the ropes, so he knows where to move it.”

“There is a sequence which is obviously not there in the film where I throw a grenade and it bounced off the truck and came back at me and I caught it and threw it again,” Hooda said and added with a laugh, “That was pretty funny, everybody had a huge laugh about it, but I also felt pretty good that I had the presence of mind to dispose of the grenade.”

Coronavirus Lockdown Will Cause Gridlock to 5G Rollout in India
Call of Duty: Mobile World Championship Tournament With More Than $1 Million in Prizes Announced