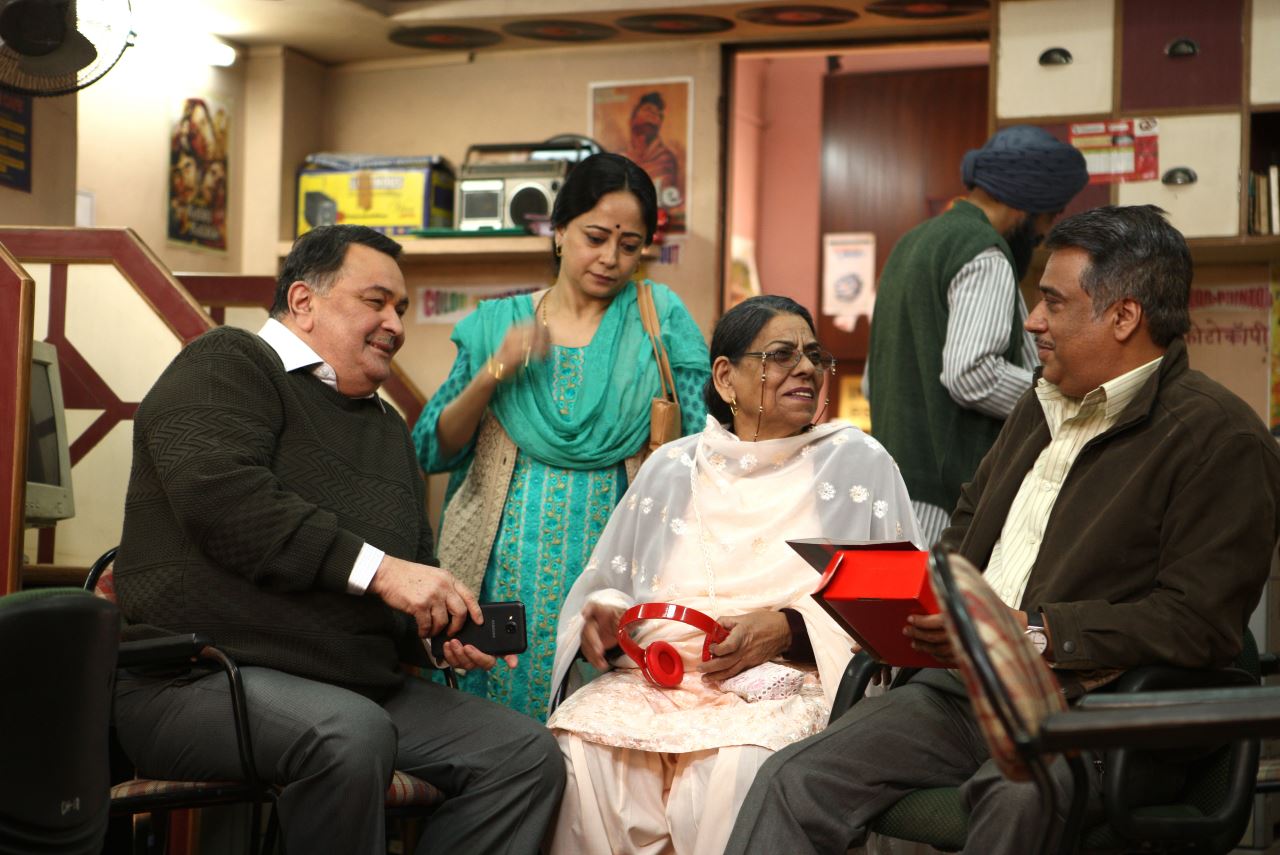 Netflix's fourth and final Indian original film for 2018, Rajma Chawal, is about a widowed father (Rishi Kapoor) trying to reconnect with his millennial son through a fake social media profile. Directed by Leena Yadav, whose credits include 2015's award-winning Parched, Rajma Chawal is out next week on the streaming service. It wasn't always intended to be on Netflix though — Netflix acquired it back in September — as Yadav was hesitant to skip the traditional theatrical release.

“I thought, ‘Will I get closure as a filmmaker if my film is not in theatres?' Because for me, that's the journey,” Yadav said at a Netflix event in Singapore earlier in November. But her husband and one of Rajma Chawal's producers, Aseem Bajaj, noted Netflix's immense reach and the fact that it would always live on the streaming service. Yadav was finally convinced after she spoke to millennials in her office.

“I've some eight-nine 20-year-olds working in the office and I just did a vote,” Yadav added. “And across the board, they said, ‘Ma'am, this is the coolest thing that can happen to the film. What are you thinking?' And the film is about the generation gap and accepting technology, so it was the perfect fit thematically.”

Yadav also remarked that she was blown over by the reception at its London premiere. “I had so many 40-50-year-old British men come to me and say, ‘Your film made me cry. I'm going to call my father today.' And I think that was something which was really amazing, that it made so many men cry.”

Rajma Chawal is out Friday, November 30 on Netflix worldwide.

There's only been a single trailer for Rajma Chawal, which was released earlier in November.

In addition to Kapoor as Raj Mathur, Rajma Chawal introduces Anirudh Tanwar as the son, Kabir. This is the first feature role for Tanwar, who trained as a commercial pilot before switching to acting lessons at New York's Lee Strasberg Theatre and Film Institute.

Yadav also co-wrote the script with Vivek Anchalia, and Chadha, the latter of whom worked on the dialogues as well. Then there's the aforementioned cinematographer McAlpine and editor Noble. Mohit Chauhan, Sunidhi Chauhan, Amit Mishra, and Arijit Singh contributed their voices to songs in Rajma Chawal, with Hitesh Sonik as music composer.

Writing for The Hollywood Reporter, Deborah Young called it “halfway between art house and Bollywood” and “an undisguised love letter to the narrow alleys and friendly denizens of the old city and its busy market street Chandni Chowk”. Young also praised the work of editor Thom Noble (Thelma & Louise), and cinematographer Donald McAlpine (Moulin Rouge!).

Firstpost's Pradeep Menon also noted the work of Noble and McAlpine, in addition to praising Yadav for capturing “the frailties and insecurities” of the father-son relationship. Menon loved Kapoor's lead performance, calling it “the best thing” about Rajma Chawal.