Our discussion of Planet Earth II, BBC’s top-of-the-line documentary about life on Earth, continues for its penultimate episode - Grasslands. The fifth episode of Planet Earth II takes viewers on a journey across the world’s grasslands, highlighting the importance of grass to the ecosystem. In the last couple of episodes, we've been to deserts and jungles, and this was another enthralling episode.

Without grass, an entire ecosystem would collapse as a whole bunch of animals depend on it for survival. From the frozen landscapes near the Arctic to the lush plains near the Equator, this episode covers a lot of ground and yet again finds several species that many viewers would never have seen.

The final episode of the show will take viewers to the cities of the world and highlight the wildlife there. That means this is the last time we’ll be seeing long shots of vast plains with massive herds of nearly 100,000 animals. Here’s what we thought of the show's the fifth episode. What follows is a condensed and edited version of the same.

Pranay Parab: The Grasslands episode of Planet Earth II has made me appreciate baby animals a lot more. I always thought baby animals were extremely cute (who doesn’t?) but this episode rekindled my love for them. I think the baby iguanas from the first episode are my new favourite animal, but the baby caribou, saiga antelope, and lions are high up that list. Lions can be so scary but their cubs are just so cute! They purr just like kittens and seem so harmless.

I love baby iguanas because their struggle for survival from the moment they’re born is extraordinary. Saiga antelope, which are critically endangered, don’t have it easy either. They always give birth to twins so their population expands rapidly but the babies must learn to move with the herd a few hours after they’re born. 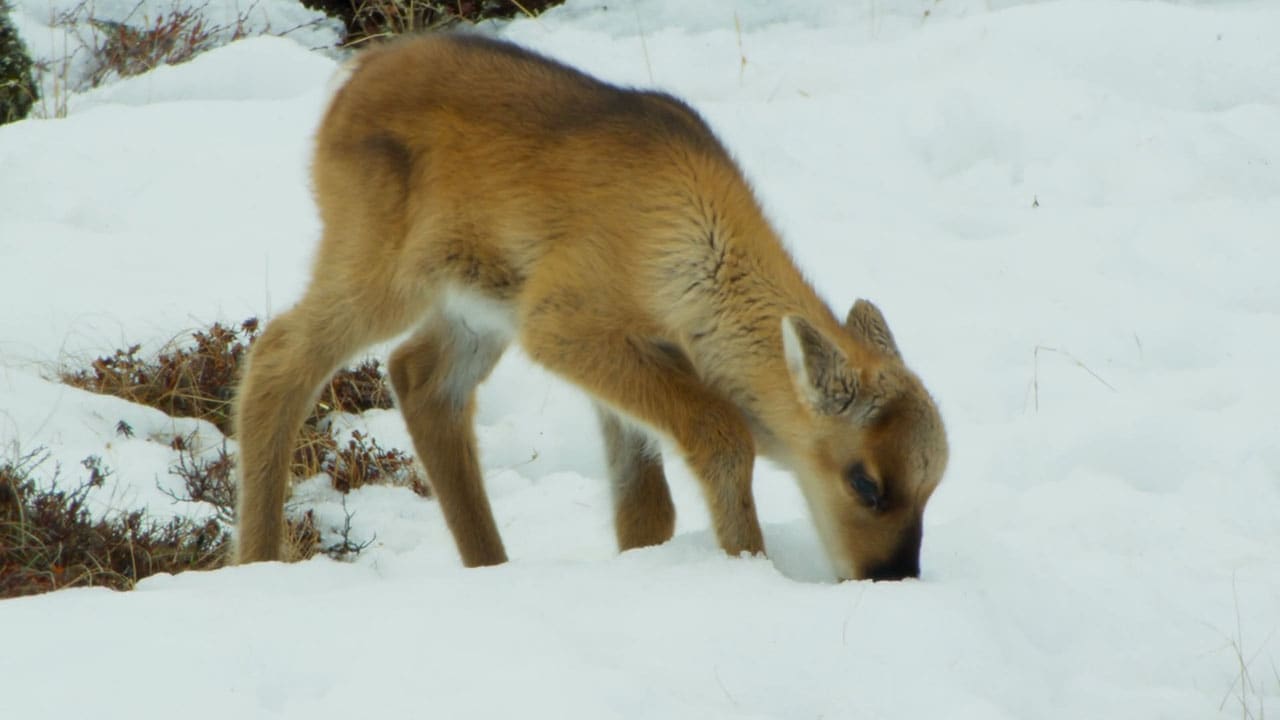 Similarly, baby caribou have to start running with the herd almost as soon as they take their first steps on Earth. If they don’t, they will die. As many as 70,000 babies are born around the same time because the herd can’t stop for long. Somehow, this species manages to coordinate births extremely well to accommodate its migratory needs. Astounding.

Akhil Arora: For me, the saiga antelope scene was touching for very different reasons. I had already read about the mass mortality event the BBC crew witnessed while filming the species in Kazakhstan last year, wherein more than 200,000 antelopes perished in just a few days. Given their endangered status, how interlinked the disaster is with the female antelope’s physiological condition due to intensive birth efforts, and what the production crew went through having to witness it all, I felt it wasn’t right that the show chose to avoid that altogether.

Planet Earth - the old and the new - is supposed to be a natural history programme at its core, to help us expand our sphere of knowledge about the species we share this planet with. Mostly, it does that well. With the saiga antelope, that was amiss. Thankfully, a team of researchers at The Conversation have provided answers, which I believe everyone who saw the episode should check out.

Let’s move onto sunnier topics. What were the moments from ‘Grasslands’ that excited you the most?

Pranay: Lions were the showstoppers for me. Grass is probably the only plant that survives fires, floods, and frost. This has a big effect on predators. When it pours, grass grows anyway, bringing a lot of prey to flooded plains. Now the lions who hunt these animals are at a big disadvantage because they can’t move very fast in flooded conditions. 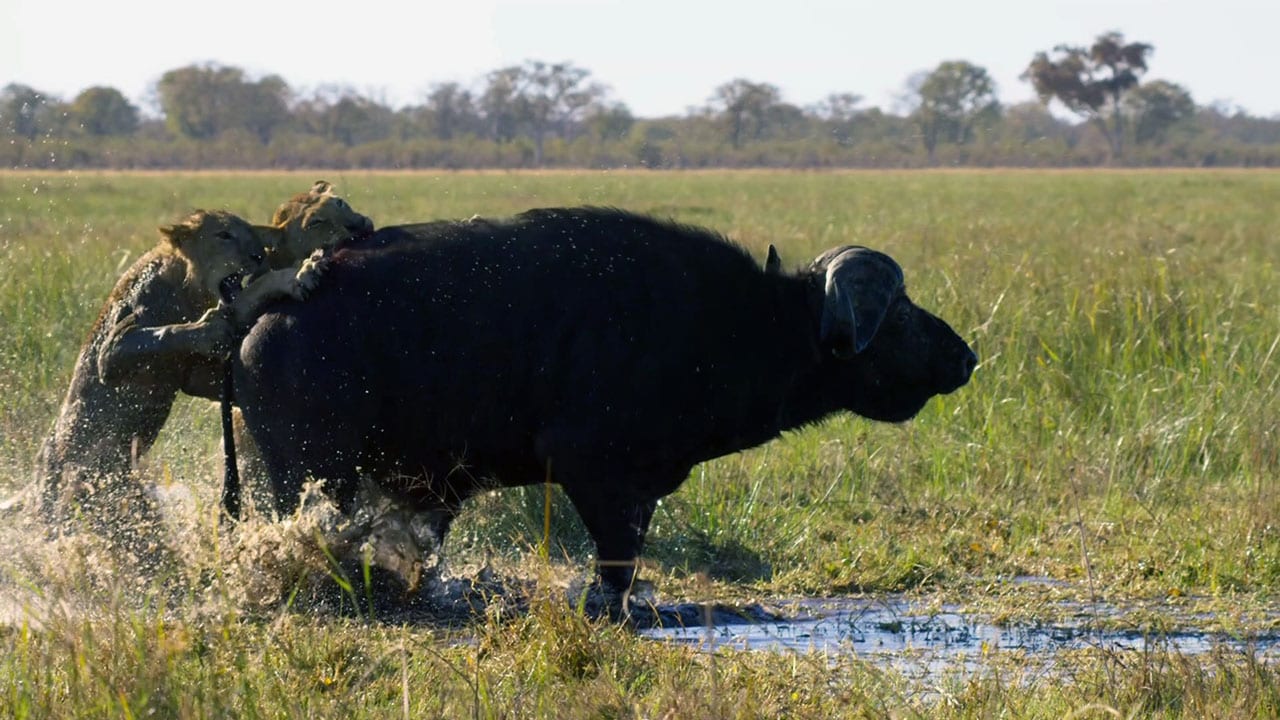 The scene where they attack a 900-kg buffalo in a pack was breathtaking. Apex predators hunting in packs is rare enough and the shots they got of this event were excellent. Five lions attack one brute of a buffalo who can barely move and yet they fail. The buffalo’s hide is so thick that the lions failed to wound it fatally. It shows how much even predators have to struggle to feed their young. Even though there are so many prey animals within touching distance, the lions find it extremely hard to hunt.

There were plenty of missed kills in this episode, which highlighted the struggles of predators pretty well. Which was your favourite predator moment from Grasslands?

Akhil: I think if there’s one rule of nature, it’s that nothing will ever be easy no matter the conditions. In jungles, there’s abundance but that means extreme competition. In deserts like in the great plains, apex predators are forced to team up - which is incidentally what humans had to do as well in their nomadic jungle days. We did have the advantage of crafting tools, but teamwork is the real key.

My favourite moment from this episode was something I’d already seen, as odd as that sounds. It was the Arctic wolf chasing after the caribou calf, which Planet Earth explored back in the original series too. What fascinated me was that they have to - just as you mentioned - learn to run mere days after being born. And they are quite good at it too, faster than the average Olympic sprinter.

It all depends on whether they can keep their footing, which the one featured in this episode did. That wasn’t the case in the old episode though, and I think that difference - which may seem insignificant in itself - speaks to a larger awareness about the life of a predator in Planet Earth II. 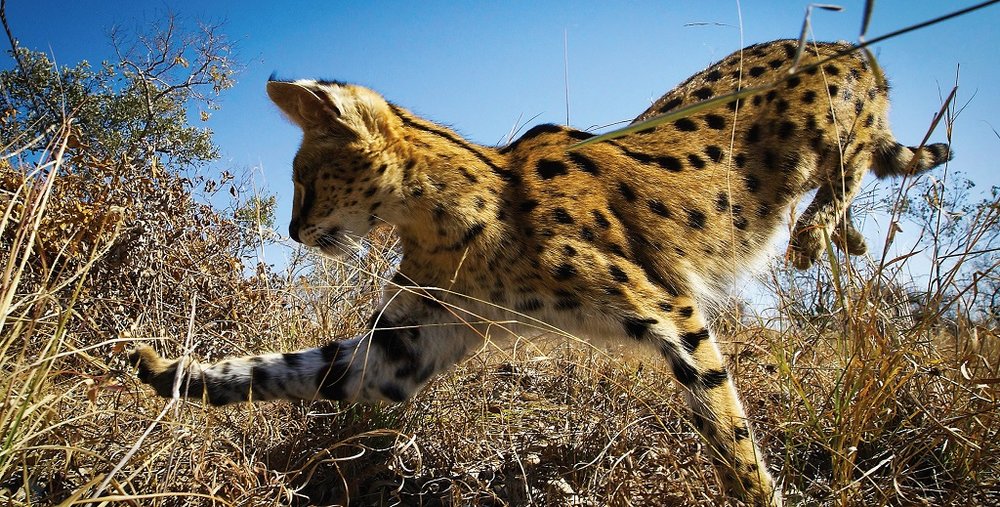 Sir David Attenborough narrated another nature documentary late last year, called The Hunt, which explored the challenges faced, and techniques used by predators to catch prey. In the show, he said that most hunts end in failure. The Hunt drove home that point very well, and made me appreciate how tough life can be when your food - a facet of life we take for granted - is actively avoiding you.

Pranay: Yes, that reminds me of the serval, which is a cat that looks a bit like a leopard thanks to the spots on its body. Its unusually tall legs let it look at prey from above the grass line and its strong sense of hearing allow it to pinpoint the location of prey. Grasslands shows serval hunting vlei rats in southern Africa. The smart little rats have figured out that moving in short bursts is the only way to nullify the predator’s extraordinary hearing ability. This leads to an interesting chase and another failure for the predator.

And then there was the harvest mouse that feeds exclusively on plants. It uses its tail to help it climb and reach the top to have a shot at eating flowers. The problem? Barn owls. If the mouse wants the best food, it has to go all the way to the top, where barn owls find it easy to catch them. This hunt ended in failure too.

I should mention that barn owls are just too beautiful. I’ve seen one in India and it was beautiful, if a little scary because of its size. The one in Planet Earth II looked majestic in flight. But the most interesting aspect of the show is its ability to capture just how the food chain works. You can see this in terms of how it shows the struggle for survival and in this episode, Planet Earth II’s creators showed how much species rely on each other for food. Do you want to talk about the unwitting cross-species alliance? 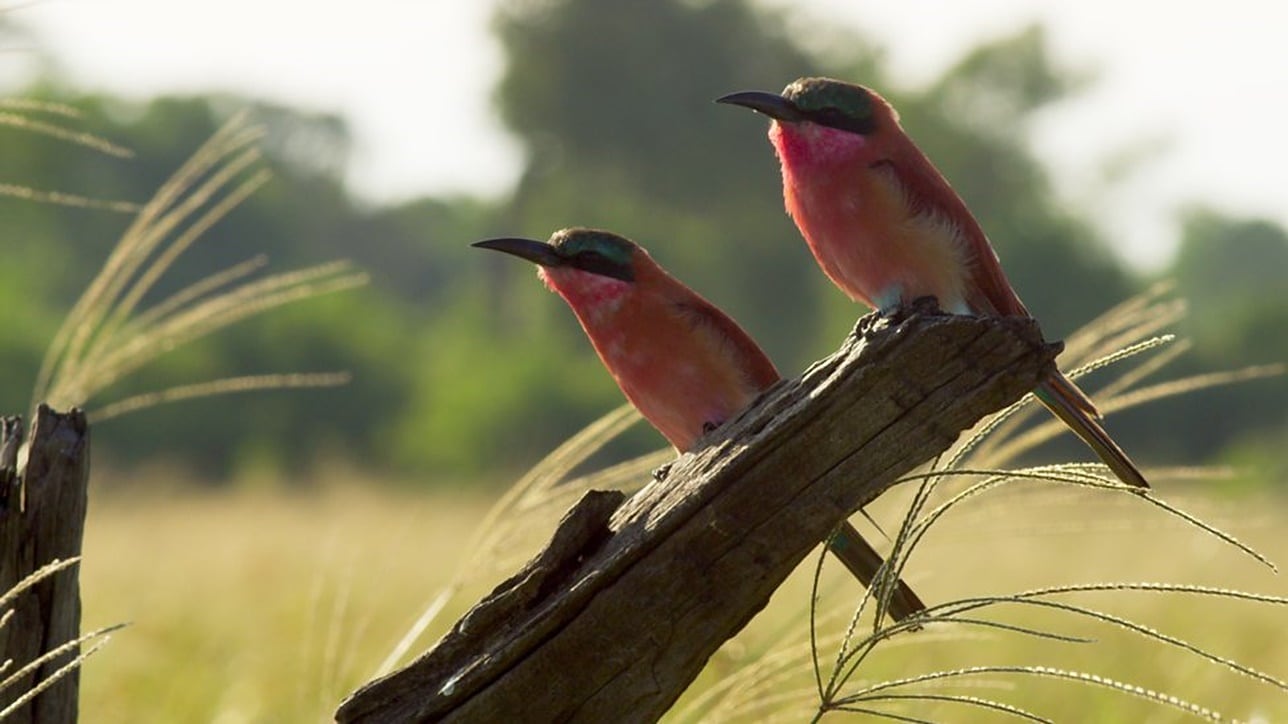 Akhil: Ah, yes. The bee-eater bird using other animals made me laugh the most, not least because it seemed like free transportation. As the episode showed, the bird’s prey stay perfectly still to avoid being eaten. So it must depend on heavy animals, such as the kori bustard, an ostrich, or elephants, who disturb these insects as they walk in the grass. With surgical precision the bee-eater then grabs the insects out of thin air.

It was a great example of how animals depend on others for some help, who aren’t exactly offering it, but manage to provide so because they are helping themselves. Something similar happened with the bisons and the fox in peak winter conditions, with the former clearing the snow for the latter - and the fox willingly burying its head reminded me of the bobcat from episode two. Too bad there weren’t any ducks around to make fun of him.

Possibly the most interesting, and quite illuminating as well, was the segment with leafcutter ants. While they can’t directly feed on grass, they are heavily involved in its harvesting. Why, you ask? Because the worker ants feed it to fungi, and then eat the fungi in turn. The interlocking connections nature has developed over millions of years never stop fascinating me.

Pranay: Even I burst out laughing when I saw the bee-eater hitching a ride on the kori bustard. I’ve seen crows in Mumbai hitching rides on buses, but they were just doing it out of laziness honestly. Back on topic, even with their huge population and massive mounds, compass termites aren’t exactly safe either. The giant anteater, which looks like a living vacuum cleaner, attacks them and eats several hundred termites at a time. The amazing thing about Planet Earth II is how it consistently showed me species I never even knew existed.

Another hilarious segment was the one with the Jackson’s widowbird, which keeps jumping to attract a mate. It’s amazing how male birds are so attractive while their female counterparts look plain ordinary. Evolution takes two genders from the same species in such vastly different directions that they don’t even look like each other.

I have to hand it to the crew as well. They went to all ends of the world to find grass. They even came to the Kaziranga National Park in India, where filming was a big challenge. This is mentioned in the Planet Earth II Diaries segment of the show and frankly, scared me more than any horror movie ever has.

Akhil: If the widowbird didn’t live in such tall grass, it wouldn’t need to jump then! Jokes aside, I think that’s a fantastic point you made about the diversion in evolution. Because the females kept preferring males who had more stylish plumage and (possibly) better jumping skills, nature just gave up on the less "fit".

Before we finish this, it’s worth mentioning that Planet Earth II will come to an end on Sunday. It will go out with a very special episode though, in ‘Cities’, which will explore how animals have adapted to the most modern of habitats. The show will include not one but two instances from India, exploring leopards on Mumbai’s streets and gray langurs in Jodhpur. I can’t wait to see what’s in store.