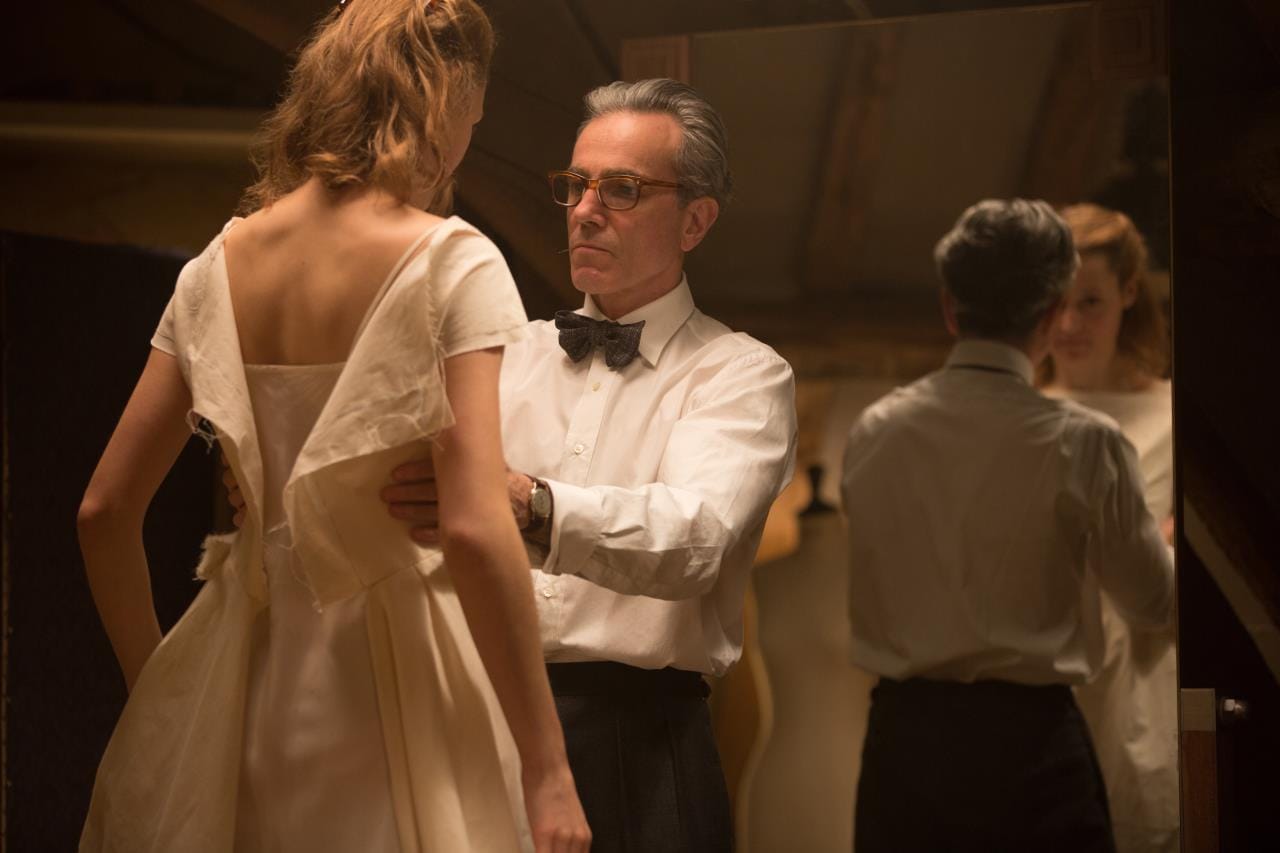 On Monday, a report from Variety said that former Spider-Man director Sam Raimi is in talks to helm the big screen adaptation of The Kingkiller Chronicle, with Lin-Manuel Miranda producing and writing music for the film. This is part of the multi-platform deal that also includes a TV series on Showtime, which will be an origin story.

On Tuesday, we got the first trailer for Ant-Man and the Wasp, the sequel to the 2015 original that introduced the hero capable of shrinking himself to ant size. The trailer focuses on Hope van Dyne aka the Wasp (Evangeline Lilly), who spent the first film on the side-lines, but gets her own suit – a better one than Ant-Man’s, in fact – in the sequel that's out July 6.

Later that day, Netflix dropped the first teaser for Duncan Jones’ next sci-fi film, Mute. It stars Alexander Skarsgård as a mute bartender who’s searching for his missing girlfriend, and meets a pair of US army surgeons played by Paul Rudd and Justin Theroux. Mute premieres February 23 on Netflix.

Variety reported that Emily Blunt (The Girl on the Train) has boarded Jungle Cruise, the latest Disney theme park attraction to get its own movie adaptation. She will co-star alongside Dwayne Johnson in the film, which is being directed by Jaume Collet-Serra (Orphan, The Shallows), and written by Michael Green (Logan).

Meanwhile, Netflix is reportedly in talks with Luc Besson and his co-owned independent studio EuropaCorp for a multi-picture deal. Besson will direct and produce himself, but don’t expect a sequel to Valerian and the City of a Thousand Planets. Variety says the budget for these films will be the $30 million bracket (about Rs. 191 crore).

Despite author J.K. Rowling revealing that Albus Dumbledore was gay after the end of the Harry Potter film franchise, the upcoming second entry in the Fantastic Beasts franchise won’t be tackling it in any fashion. In an interview with EW, director David Yates said it wouldn’t “explicitly” address his sexuality as “all the fans are aware of that”.

Also on Wednesday, Netflix said production had resumed on House of Cards’ sixth and final season, with Diane Lane and Greg Kinnear added to the cast. Filming had stopped in October after sexual misconduct allegations were made against lead star Kevin Spacey, who was then let go.

Nintendo confirmed on Wednesday that a new Mario movie is in the works, in partnership with Illumination, the studio behind the Despicable Me franchise, Minions, and The Secret Life of Pets. Mario creator Shigeru Miyamoto will co-produce the film.

Lastly, on Thursday, we got a new teaser for Castle Rock, the Hulu psychological horror series set inside Stephen King’s literary canon. It’s set right after the end of The Shawshank Redemption, according to scenes in the trailer, and makes references to other King novels and short-stories. Castle Rock is slated for a summer 2018 release.

TV:
2 Dope Queens
What began as a show in Brooklyn – with the comedy duo of Jessica Williams and Phoebe Robinson as hosts peppered by stand-up sets from various comedians – turned into a podcast two years ago, then went on the road last year, and is now a four-part special on HBO in 2 Dope Queens. It’s got much of the same format, but will also have guest appearances.

Sarah Jessica Parker, Jon Stewart, Uzo Aduba, and Tituss Burgess are part of the guest list, who sit down with Williams and Robinson for a loose interview during the show. And as before, 2 Dope Queens also includes stand-up sets, with the likes of like Michelle Buteau, Aparna Nancherla, Baron Vaughn, Rhea Butcher.

2 Dope Queens has received a lot of praise from critics, with AV Club’s Danette Chavez saying it’s “as incisive and intimate as that of listening to Robinson and Williams crack jokes through your earbuds, thanks in part to Tig Notaro’s direction of all four episodes”. LA Times’ Robert Lloyd noted the higher budget affords them a “fancy set”, but there’s “no loss of the original's scrappy delightfulness”.

Altered Carbon
Set more than 300 years in a future where immortality has been achieved by storing human consciousness on “stacks” placed at the base of the skull, a former super-soldier named Takeshi Kovacs awakens in a new body (Joel Kinnaman) – now called “sleeves” – after he is freed from prison by an impossibly wealthy man, Laurens Bancroft (James Purefoy), who wants Kovacs to solve a murder: that of Bancroft himself.

Based on Richard K. Morgan’s 2002 novel of the same name – the first in an already completed trilogy – Altered Carbon also stars Martha Higareda as a no-nonsense cop, Dichen Lachman as Kovacs’ sister Reileen Kawahara, Chris Conner as an AI styled on Edgar Allan Poe, and Ato Essandoh as a former marine who’s lost both his wife and daughter.

One of Netflix’s most expensive shows, Altered Carbon has an average consensus from critics, with the visuals and world-building being praised, but the plot, dialogue writing, and the lead character being heavy downsides. In our review, we noted that the show fails to present its themes owing to being drowned in near-constant violence, and ultimately ends up being all sleeve and no stack.

Altered Carbon on Netflix: Release Date, Cast, Episodes, and Everything Else You Need to Know

How to access: Netflix
Time commitment: Less than 10 hours

The Trade
Three years since his Oscar-nominated feature-length documentary Cartel Land, director Matthew Heineman is revisiting the US opioid crisis and expanding his scope, by looking at drug cartels in Mexico, the police in the state of Ohio, and two families who have been affected by opioid addiction.

The scenes in Mexico are set in a mountain town in the state of Guerrero, which produces about half the country’s supply of heroin. The Trade is more like a drama series than a standard documentary, with well-photographed shots of what it presents, but with no narration, no historical context, and little in the way of facts.

Instead, it’s more like “a thriller that occasionally does the wonky work of a documentary”, as The Hollywood Reporter’s Dan Fienberg says in his review. What’s surprising about The Trade is how Heineman not only manages to get access to these people, but gets them to tell their story without hiding their faces. It makes it more personal, and hence more affective.

Women come and go through Reynolds’ life, until the day he falls in love with a young, strong-willed waitress, Alma (Vicky Krieps). His heavily controlled and tailored life soon unravels, and the film captures his creative journey, and the women who keep it running. This is Krieps’ first American film, and Day-Lewis’ final film by his own declaration.

Phantom Thread has been heavily praised, with critics highlighting the romantic tension, humour, and Day-Lewis’ performance. The New York Times’ AO Scott said “the captivating strangeness of the mood and the elegant threading of the plot are likely to hold your attention [the first time], but later you can go back to savour the lustrous colours”. The New Yorker’s Anthony Lane was effusive in his praise of Day-Lewis, calling him “the [Roger] Federer of film”.

How to access: Out in cinema halls
Time commitment: 2 hours and 10 minutes

God’s Own Country
Part of our list of best 2017 films you probably didn’t see, God’s Own Country charts a love between an emotionally stifled English sheep farmer Johnny Saxby (Josh O’Connor), and an irrepressible Romanian migrant worker Gheorghe Ionescu (Alec Secareanu) in the farmlands of Yorkshire. For that reason, it’s being called as a “Yorkshire Brokeback Mountain”.

Saxby spends long hours by himself on the family farm, and drowns his frustration and sorrow with binge-drinking at a local pub in addition to casual sex. When Ionescu arrives to take up temporary work at the farm, Saxby comes across emotions he has never felt before. The film is writer-director Francis Lee’s feature directorial debut.

God’s Own Country is critically-acclaimed across the board, with some even calling it better than Brokeback Mountain. In his review, Variety’s Guy Lodge said: “Skipping some of the more predictable narrative obstacles we’ve come to expect from the coming-out drama, this sexy, thoughtful, hopeful film instead advances a pro-immigration subtext that couldn’t be more timely amid the closing borders of Brexit-era Britain.”

How to access: Amazon UK, Amazon Video US, Google Play US, iTunes US, or YouTube US
Time commitment: 1 hour and 44 minutes

Other mentions:
It’s the start of a new month, and that means Netflix has added a ton of new content to its catalogue. That includes the 1983 Al Pacino-starrer Scarface, Hungarian Oscar-nominee On Body and Soul, and the final Hunger Games film among others. Check our February guide for the full list.

The Lord of the Rings trilogy was already available on Netflix, and it’s now also on Amazon Prime Video. Plus, Amazon also added all four seasons of Dexter’s Laboratory this week, though the ordering and arrangement is a far cry from how they aired back in the day.

As for the latter, there’s the new G.O.A.T. – Greatest of All Time – Career Mode, where you’ll not only need to fight to become the best in the Octagon, but will also have to make promotional choices to build hype, gain fans, earn (virtual) cash via big contracts, and create rivalries that capture everyone’s attention.

Most critics are positive in their reviews, while criticising the pay-to-win microtransactions mechanics. IGN’s Mitchell Saltzman noted UFC 3 “truly captures the excitement and depth of an MMA fight”, thanks to an improved striking system and career mode, but it’s “hamstrung by a cumbersome ground game, weird collision issues, and the straight-up terrible Ultimate Team Mode”.

How to access: PlayStation 4 or Xbox One
Time commitment: As much as you want, really