What Time Are the Oscars 2017, Where to Watch, and Answers to All Other Questions 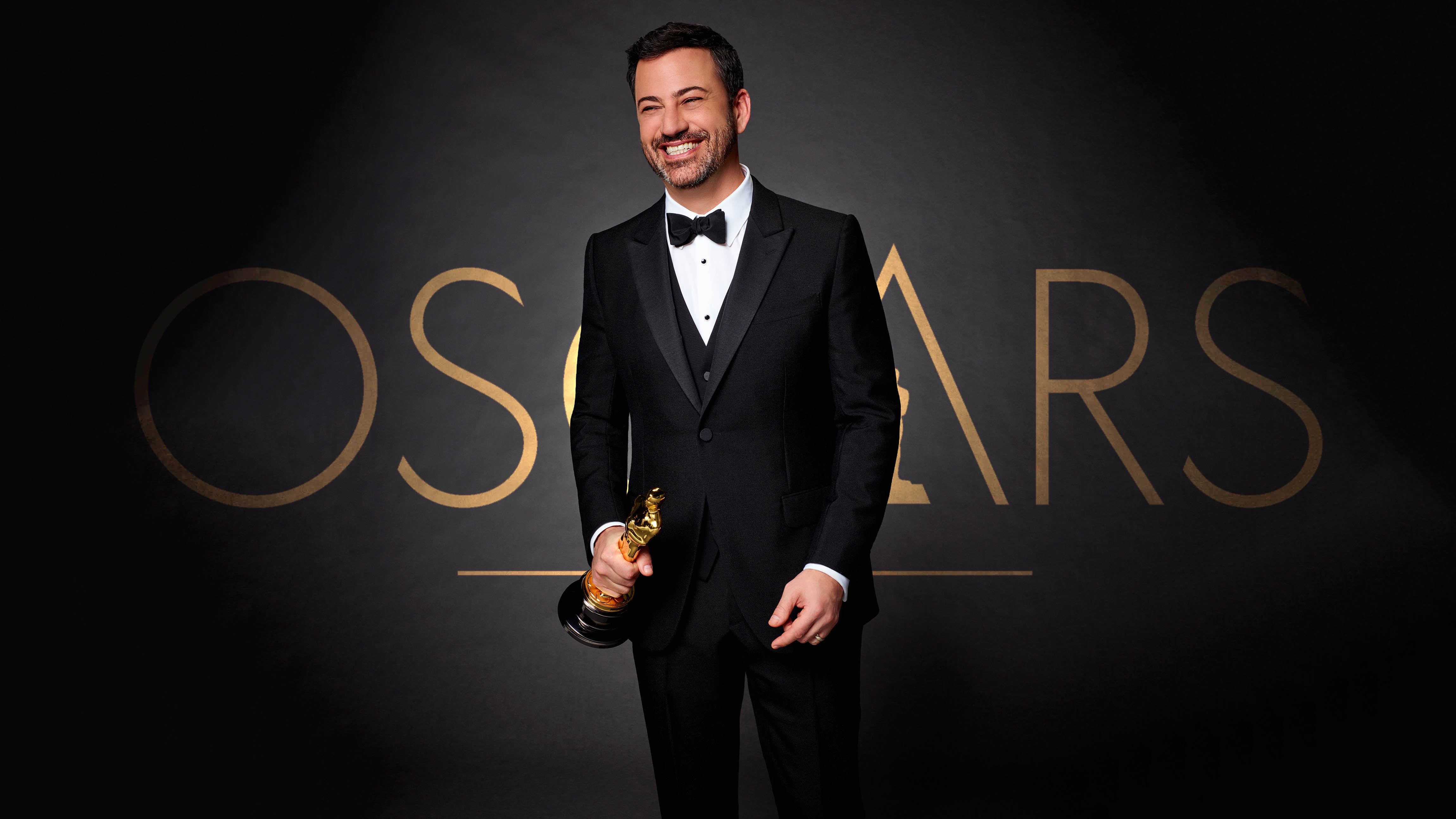 It’s time. The Hollywood awards season comes to a close this weekend, with the 89th Academy Awards, otherwise known as the Oscars. As has been the case for the last decade or so, the glittering ceremony – involving all your favourite stars – will take place at the Dolby Theatre in Los Angeles. For most of us though, the Oscars 2017 venue will be our living room couches in front of the TV.

In interest of enhancing your watching experience, we’ve answered some questions that you probably have. We’ll leave the predictions to the data experts; here’s everything else you need to know:

Oscars 2017, as has become routine, will have two components – the red-carpet arrivals, and the main ceremony. The former will kick-off on Sunday, February 26, 4pm Pacific time/ 7pm Eastern time – which translates to Monday, February 27 5:30am in India. The actual Oscars 2017 awards ceremony will begin 5:30pm Pacific time, so that’s 7am India time.

If you’re wondering what time that corresponds to where you live, we’ve created this handy link so you can track Oscars 2017 time in your time zone.

In the US, the Oscars 2017 will be broadcast on ABC. You can also stream the 89th Academy Awards ceremony on the ABC website, or via the ABC app, provided your TV provider is supported.

In India, Star Movies, Star Movies HD, and Star Movies Select HD will air the Oscars ceremony, starting with the red-carpet at 5:30am local time. There will also be a repeat telecast on Monday evening at 8:30pm. If you prefer to live stream Oscars 2017 online, get Hotstar.

Over in the UK, Sky will broadcast the Oscars 2017 on its channel, Sky Movies Oscars. That begins Monday, 1:30am local time.

In Canada, the 2017 Oscars will be shown on CTV, and its CTV Go service. You can also catch a pre-show from 3pm ET/6pm ET.

As for Australia, the Nine Network will air the Oscars 2017 at 12:30pm local time on Monday. You can also opt for their 9Now online service.

In Germany, the rights for the Academy Awards are with Pro7, whose coverage starts at 12:30am local time, with the proper ceremony at 2:30am. French, Italian, and Spanish viewers can catch the 2017 Oscars starting 2:30 am local time as well, on CanalPlus, Sky Italia, and Movistar+, respectively.

Jimmy Kimmel, host of his own late-night talk show ‘Jimmy Kimmel Live!’, has been picked to host the Oscars for the first time. He was praised for his work at last year’s Emmys – the TV equivalent of the Oscars – so it’ll be interesting to see how Kimmel takes on a bigger challenge, especially in today’s political climate.

Expect him to serve some jabs at Donald Trump’s controversial litany of policies from the Oscars 2017 stage, just as he has done on his show in the past few weeks.

That'd be highly unlikely. Now that's he's President, he has a lot of work on his hands.

Quite possibly. Expect another 6am rant, should something irritate him, and nag at his ego.

Is anyone from India attending Oscars 2017?

Eight-year-old Sunny Pawar, the child star of Lion – nominated for Best Picture – will be part of the Oscars 2017 proceedings. Interestingly, he was denied a visa to the US back in January for the Golden Globes, but Harvey Weinstein – the man behind the film's production company – intervened and secured his entry.

What are the other Oscars 2017 Best Picture nominees? And how can I watch them?

There are a total of nine films in the running for the most coveted Oscar of all. The full list contains:

Denis Villeneuve's sci-fi masterpiece Arrival, stars Amy Adams as a professor of linguistics, who is chosen to decode the language of an alien race that landed on Earth.

Denzel Washington is the head of a working class 1950s African-American family in Fences, as he must juggle raising them and his past.

In Hell or High Water, Chris Pine and Ben Foster hatch a criminal scheme to save their family estate, with officer Jeff Bridges on their tail.

Three African-American women are at the centre of Hidden Figures, which tells a true story of how they helped NASA put a man in space.

Emma Stone and Ryan Gosling fall in love in Damien Chazelle's neo-musical powerhouse La La Land, with both struggling to make it in Hollywood.

An Indian boy, adopted by Australian parents, returns to his homeland in Lion, to find the family he lost as a kid with the help of Google Earth.

In Manchester by the Sea, a man – played by Casey Affleck – must confront an unforgettable past after the death of his elder brother makes him the sole guardian of his teenage son.

Moonlight is the story of a gay African-American man, told through three different stages of his life in Florida.

Where are all the fantasy/ superhero movies at Oscars 2017?

The Academy has never had much love for genre films, though The Dark Knight's omission from the line-up back in 2009 raised enough eyebrows for it to expand its Best Picture field to between 5 and 10.

No superhero film has received the nod since, though some did think Deadpool would make the cut this time around. That hasn't turned out to be the case. The rest of them weren’t so good, anyway.

I've heard La La Land might break the record for most wins by a single film. Is that true?

It's certainly possible. La La Land has been nominated in 14 different categories, which ties it with the likes of All About Eve (1950), and Titanic (1997).

Are there are any other new records expected?

There's a chance that Lin-Manuel Miranda will win Best Original Song for his Moana composition, How Far I'll Go. If that happens, he’ll complete the highly-coveted EGOT, which is an acronym for Emmy, Grammy, Oscar, and Tony. Only 12 others have achieved this in the past.

His work on Broadway musicals In the Heights (2009), and Hamilton (2016) have won him multiple Grammy and Tony awards, while he picked up an Emmy for the opening song number he co-wrote for the 67th Tony Awards in 2013.

Miranda has tough competition in this year’s Oscar bracket though, from Justin Hurwitz, for his work on La La Land, which picked up the Golden Globe in January.

Will Miranda perform at Oscars 2017, as has become (recent) Oscar tradition?

That's a yes. All Oscar original song nominees are invited to perform at the ceremony, which includes Miranda. Moana’s voice actor, the Hawaii-born 16-year-old Auli'i Cravalho will join him on stage to perform their nominated song, How Far I'll Go.

The other four nominated songs – John Legend, and Justin Hurwitz for two La La Land songs, Justin Timberlake for Trolls' Can't Stop the Feeling!, and Sting with The Empty Chair from Jim: The James Foley Story – will be part of the performances, as well.

Let's get to the important stuff: what's the Oscars 2017 Twitter hashtag?

The official hashtag is simply #Oscars. Twitter has enabled a special emoji, and the Oscars statuette will appear next to the hashtag when you use it in a tweet.

What I should tweet to sound clued-in about Oscars 2017?

La La Land seems to be a lock-in for most of the Oscars 2017 categories it’s nominated in. Make as many ‘knew-it’ comments as you feel like. And if it doesn’t win, you can always say the film was ‘so over-rated’. That also works as a jab at the entire ceremony itself, which is often mocked as a self-congratulatory pat-on-the-back.

If you wish to be full hipster, take a look at the least talked about category, Best Documentary – Short Subject. The stories touch upon some of the most important issues of our time, such as the on-going Syrian conflict, depicted from two different angles in The White Helmets, and Watani: My Homeland.