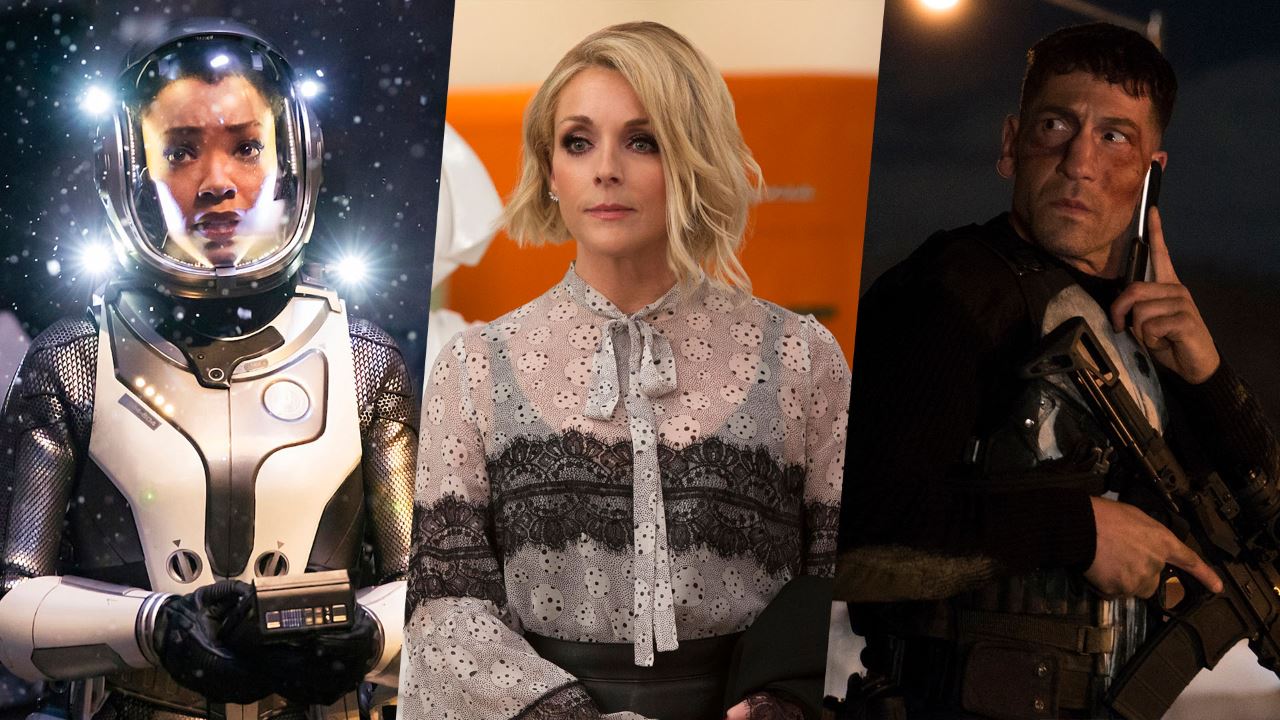 Alfonso Cuarón's semi-autobiographical black-and-white Roma was an easy standout for Netflix in December, one that we will be hearing about a lot more as the awards season moves into top gear. The new year will do well to come close to that, let alone surpass it. January may not have more auteur releases, but it does bring something for everyone. Sci-fi fans have the second season of Star Trek: Discovery kicking off January 18, while comic book purveyors can look forward to Titans — the gritty version of Teen Titans — on January 11, and season 2 of Marvel's The Punisher at an as-yet unannounced date. The latter will likely be the last of Jon Bernthal in the role, given how things have been going for Marvel-Netflix series.

Beyond those, two Netflix shows will be saying goodbye in January. Tina Fey-created Unbreakable Kimmy Schmidt will close things out for good with the second part of its fourth and final season on January 25, but before that Neil Patrick Harris-starrer A Series of Unfortunate Events will air its third and last season on January 1. New Year's Day also has three comedians from India — Aditi Mittal, Amit Tandon, and Atul Khatri — featuring in Comedians of the World, a stand-up series that brings together 47 comedians from 13 regions. For more local content, keep your eyes peeled for the drama Soni, which toured the festival circuit and hits Netflix on January 18.

With that, here are our six picks for January 2019 that you should watch out for, and the full list of movies and TV shows coming to Netflix India after that.

After a debut season that divided critical and public opinion, the troubled Star Trek: Discovery — the show changed showrunners, again, during production — will look to deliver some good ol' fun and more galaxy-trotting adventures with an added dollop of nostalgia: USS Enterprise is here and new mysteries have something to do with a younger Spock, being played by Ethan Peck, who is also our protagonist Michael Burnham's (Sonequa Martin-Green) foster brother.

Can Kimmy fix her past, get rid of the Reverend (Jon Hamm) and finally move past the bunker? Will Titus land the dream gig he's always wanted? Does Jacqueline have any hope of sticking it to the Washington Redskins? And how will Lillian deal with the new family of sorts? Tina Fey's first comedy since 30 Rock has a lot to cover in its final seven episodes.

Following a standing ovation at its premiere in Venice and a couple of awards elsewhere on the festival circuit, this debutant feature for its director Ivan Ayrand stars Geetika Vidya Ohlyan and Saloni Batra, who play the respective roles of the titular young policewoman and her superintendent taking on the crisis of violent crimes against women in New Delhi, got sold to Netflix. It's also been praised for its camerawork.

Nearly a year after it concluded its original run, the second season of The Office co-creator Michael Schur's fascinating and endlessly-reinventive comedy about the afterlife — starring Kristen Bell, Ted Danson, and Jameela Jamil among others — will arrive on streaming in India. It's taken so long — thanks, NBC — that The Good Place is nearly done with its third season, which airs on Comedy Central in India.

Winner of three Emmys, Matthew Heineman's — his most recent work was the Rosamund Pike-starring A Private War — searing look at the rise of vigilante groups on both sides of the US-Mexico border hoping to combat the scourge of the never-ending drug cartels was a revelation, for how there are no good or bad guys in this so-called war where morality is bent beyond recognition.

The life and death of Brazil's three-time Formula One world champion Ayrton Senna, chronicling his rise in the sport with McLaren and ending with his untimely death at the age of 34 on the track, while duking it out with rival Alain Prost and fighting to improve F1's safety. Compiled using archive and home video footage, Senna is more than just for fans of loud cars.

Here's the full list of all the new content coming to Netflix India in January 2019. We've marked Netflix Original titles in bold for your convenience.

January 24
Conversations with a Killer: The Ted Bundy Tapes