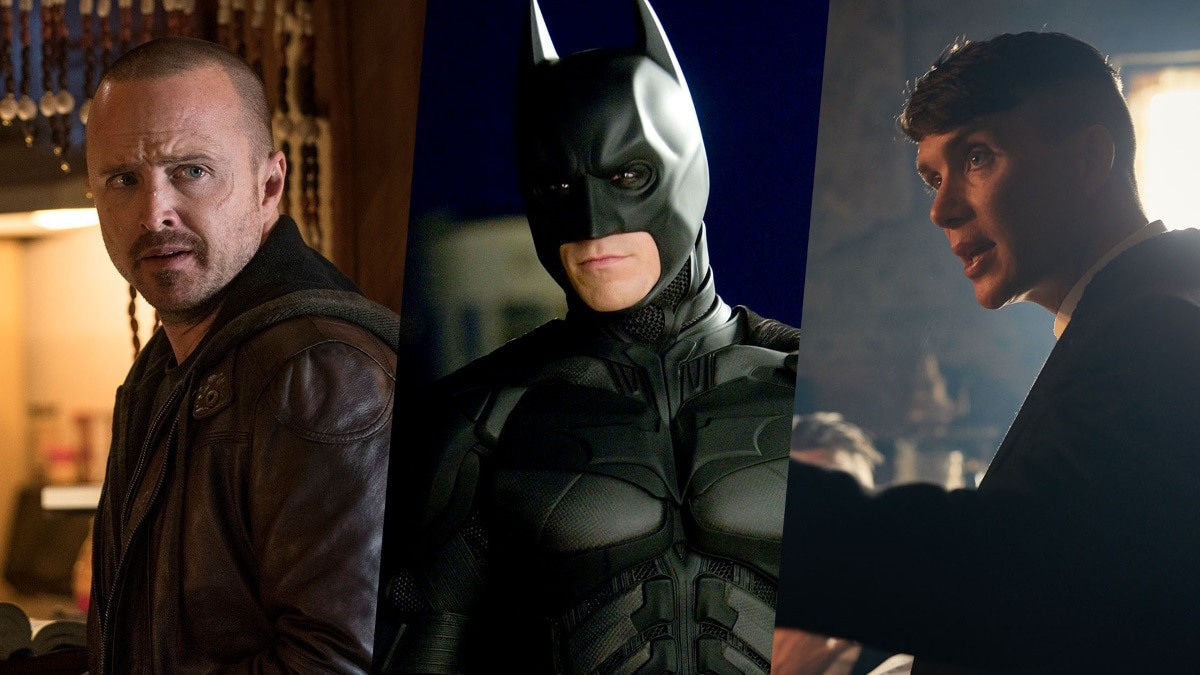 “Yeah, science!” Walter White's meth-cooking buddy and the guy who survived the Breaking Bad finale, Jesse Pinkman, is back on October 11 for El Camino: A Breaking Bad Movie. We know little about it, but expectations are very high, considering how the series ended. Elsewhere in the world of crime this month, Peaky Blinders returns for its fifth season on October 4. That same day, we will also get the third season of the adult animated comedy Big Mouth. If you're looking for Indian originals, it's a relatively quiet month: there's a film in Upstarts, which is like Pitchers meets Silicon Valley, and a Diwali special of the pre-school show Mighty Little Bheem. Both are out October 18 on Netflix.

Also on that very day, you can catch Paul Rudd trying to deal with another Paul Rudd in Living with Yourself. Steven Soderbergh's new movie The Laundromat, which stars the likes of Meryl Streep and Gary Oldman, also releases October 18 on Netflix. Over in the non-fiction front, Chance the Rapper, Cardi B, and T.I. will look for the next hip-hop sensation in Rhythm + Flow, which starts October 9. Meanwhile, Selena Gomez is the executive producer behind Living Undocumented, a series that follows eight illegal families living in the US. That's out at the start of the month on October 2. Lastly, the Shah Rukh Khan special episode of David Letterman's talk show My Next Guest will arrive in October as well, but there's no specific date on it.

That brings us to films and TV Netflix is paying other studios for. It's yet another month devoid of good Indian content, but October is (again) rescued by stuff out of Hollywood. Christopher Nolan's epic The Dark Knight, Richard Linklater's first of the Before trilogy, and all 12 seasons of The Big Bang Theory will be available October 1. Beyond that, there are movies and series starring the likes of Clint Eastwood, Kristen Bell, Tom Cruise, Hugh Grant, Emma Thompson, Keira Knightley, Colin Firth, Liam Neeson, Chiwetel Ejiofor, Christian Bale, Tom Hardy, Marion Cotillard, Anne Hathaway, Joseph Gordon-Levitt, Gary Oldman, Michael Caine, and Morgan Freeman.

With that, here are our eight picks for October 2019 that you should watch out for, and the full list of movies and TV shows coming to Netflix India after that.

Aaron Paul returns as Jesse Pinkman in this feature film follow-up — which borrows its name from the car, Chevrolet El Camino, Jesse escapes in — to one of the greatest TV shows of all-time. It tracks Jesse after the events of the series finale from 2013. Skinny Pete (Charles Baker), Badger (Matt Jones), and Mike Ehrmantraut (Jonathan Banks) are also part of the film. The last of those is curious, as he was thought to have died. Breaking Bad creator Vince Gilligan is at the helm as writer and director.

Tommy Shelby (Cillian Murphy) has multiple problems at hand in the fifth season of this British BAFTA-winning series: one, the stock market is crashing in 1929 — which will lead to the 12-year Great Depression, except the characters don't know that — and two, younger family members and fascist rivals vying for his power. Peaky Blinders season 5 has already aired in the UK on BBC One in the past few months, and it's now making its way to Netflix globally in October.

Regarded as the greatest comic book movie of all time, the middle chapter of Christopher Nolan's The Dark Knight trilogy finds Batman (Christian Bale) going up against a formidable villain, the Joker (Heath Ledger), he doesn't understand, and having to go through hell to save Gotham City and its people. Ledger won an Oscar for his performance. Its poorer follow-up, The Dark Knight Rises, is also out on the same day. There's no sign of Batman Begins, unfortunately.

In the first chapter of Richard Linklater's long-drawn-out romantic drama trilogy — nearly two decades passed between the release of the three films — two idealistic twentysomethings, an American man named Jesse (Ethan Hawke) and a French woman called Céline (Julie Delpy), spend the night together walking around in Vienna. The sequels, Before Sunset and Before Midnight, are still nowhere to be found, but hopefully this is the start of something.

From overly-sexualised personified hormones to a personified Statue of Liberty that talks in a French accent, this adult animated comedy about adolescents trying to deal with puberty is as weird as it gets. But this bonkers show is somehow going to get crazier than ever in its third season, with a trailer showcasing the adventures of Nick (Nick Kroll), Andrew (John Mulaney), Jessi (Jessi Klein), Jay (Jason Mantzoukas), Missy (Jenny Slate), and Lola (Kroll) involving objectification of women, faux feminism, and incest. For what it's worth, you can expect it to continue to impart valuable lessons.

Nearly a year after it concluded its original run, the third season of The Office co-creator Michael Schur's fascinating and endlessly-reinventive comedy about the afterlife — starring Kristen Bell, Ted Danson, and Jameela Jamil among others — will arrive on streaming in India. It's taken so long — thanks, NBC — that The Good Place premiered its fourth and final season last week, which airs (four days later on) Mondays on Comedy Central in India.

A half-parody of Disney-branded fairy tales that's loosely based on William Steig's fairy tale book, this opening venture for DreamWorks Animation is about an eponymous ogre (Mike Myers) who agrees to help an evil lord (John Lithgow) get a queen (Cameron Diaz) in exchange for the deed to his swamp. It's filled with enough jokes for the adults and a simple plot for children. Winner of the (first ever) Oscar for best animated movie, and a huge commercial success that led to a franchise.

Winner of the top prize at the 1984 Venice Film Festival, this post-World War II Poland-set romantic drama from Krzysztof Zanussi is about an American solider and driver (Scott Wilson) for a United Nations war-crimes commission examining Nazi mass graves, who falls in love with a war widow (Maja Komorowska) despite language and cultural differences. But their love threatens to fall apart due to illnesses and distance.

Here's the full list of all the new content coming to Netflix India in October 2019. We've marked Netflix Original titles in bold for your convenience.

October 27
When the Bough Breaks