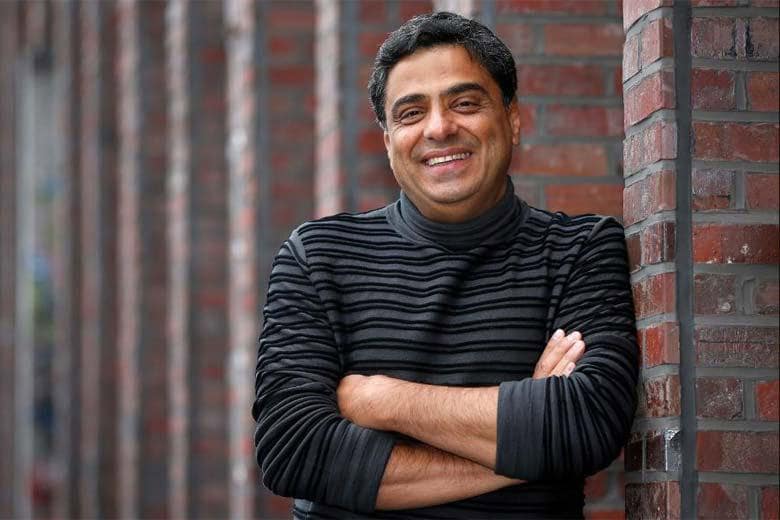 Next week on Valentine's Day, Netflix will release its first original film in Hindi – Love Per Square Foot – making it the first Indian film to premiere on the streaming service. It will never screen in cinema halls or on the television a few months down the line, which is a bold move considering Netflix reportedly has about 5 million subscribers in India. The film's producer, Ronnie Screwvala – former founder and CEO of UTV, which he sold to Disney in 2012 – concurs, and adds that it was far from the popular choice.

"When you’re making something that’s bucking a trend, most people are sceptical," Screwvala told Gadgets 360 in Mumbai earlier this week. "I can tell you it's not that easy. Because of the simple reason, that most people feel 'Oh, but how come you sold it out to a digital platform?’"

While Netflix has become a household name when it comes to long-form series storytelling – say Narcos, or Stranger Things – it doesn't enjoy the same credibility on the film side of things. There's the odd hit such as Okja, the Korean film about a girl and her super-pig that was part coming-of-age story and part environmental parable, but the rest of the slate has mostly failed to impress. And it doesn't help matters when a studio realises it has a dud on its hands and offloads it to Netflix to minimise its losses, like what happened with The Cloverfield Paradox earlier this week.

Another reason for its problems is that Netflix is battling an entrenched model, where movies first come to the theatres, then on Blu-ray and online rentals, and only later on streaming. While Netflix is okay with same-day release on its service and in theatres, it has faced heavy pushback from international cinema chains. The situation in India is different, and with Netflix still establishing itself, the idea of a parallel release never came up, Screwvala said. "It was very clear they wanted it to be the first premiere in India," he added. "For Netflix, there was a clear reason: they wanted people to know it was a premier platform. The question of doing same day-and-day theatrical was not on the table at all.”

Screwvala thinks the partnership with Netflix made sense because the most important variable is the core audience. "Quintessentially, we’ve been an under-screened country if you look at that," he said, referring to the fact that India doesn't have enough cinema screens to cater to the existing audience."And we will remain that for a long, long period in time. I think the challenge and the concept of access to theatricals is always going to be the key."

"Let’s face it, for our big screen movies - and we can look at numbers for even 200-crore box office movies - if you look at the number of people who have seen it, that’s minuscule compared to the population of India," Screwvala said. In the first five years after release, he claimed, 80 percent of the audience will watch any given movie on a non-theatrical platform, owing to problems in access.

Still, Love Per Square Foot wasn't intended for Netflix. It was only after the film had already been made, and was being shopped around for subsequent release after cinemas – most movies negotiate TV and Internet deals prior to bowing in theatres – that Netflix got a look. "They saw it, and they really liked it," Screwvala said. "And they said 'Hey, would you be open to premiering it?' And I said ‘Huh, that’s an interesting thought.’"

"I think that's a differentiating part. And I think that's important - it's a good question that you asked there, because for me, we were true to the film and then looked at the distribution platform," heelaborated. "If I'd thought I'm going to release this movie on digital, I'm sure there'd be some whispering that I'd have done as a producer to a director, 'Let's look at it this way', and that's not the way to do it."

Going straight to Netflix comes with its own benefits. Love Per Square Foot will be available in 190 countries simultaneously on day one; Screwvala said he "wouldn’t have thought about releasing in the other countries [beyond India] for a movie of this simplicity and scale". There's also what some may consider the advantage of not having to go through CBFC, the Indian censor board which has been draconian and overly sensitive in the past.

Films such as Udta Punjab, the crime drama co-produced by Anurag Kashyap, and Lipstick Under My Burkha, the powerful black comedy that was initially denied a release, have faced the worst of it, spending multiple months appealing court decisions to negotiate a theatrical release the way they felt was deserved. In such situations, producers might rightfully view Netflix as a better alternative. But Screwvala doesn't see it that way.

"I don't think it should be a bypass mechanism at all," he added. "I don't think anyone should be [thinking] that I'll go to a digital platform because I can't go through the censor board. That should not be the case at all. That can't be a reason to move your film."

"We're a population of 1.3 billion. I think it's nice for us to sit on a pulpit, it's a very difficult job to administer a censor board," he said, "and I know it's gone through its own critiques, and I'm not here to pitch their case or the other way, but I think there's some standard layout terms." Screwvala added that they never thought about not having to go past the censors even when creating content for TV, and considers self-censorship to be "the best way". Of course, that has its own set of problems.

Love Per Square Foot didn't have those concerns, since the film was made with theatrical distribution in mind. But if the film's release is successful, more producers might look to Netflix (and other streaming services) as a way to disrupt the traditional Bollywood system. For Screwvala, the big screen remains a priority for other films in the pipeline. "All of the vision is for it to be theatrical, and I'm sure the window for Netflix is very much there," he added.